Covid: what are the symptoms so far known of the omicron variant 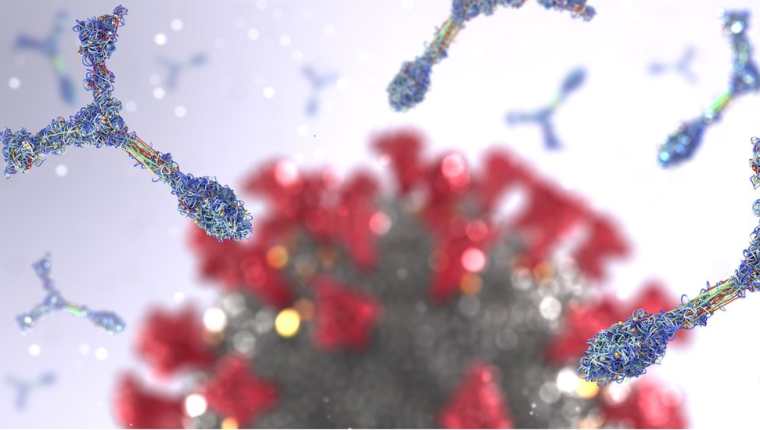 Experts believe omicron soon will become the dominant variantin many countries and various governments are taking steps to prepare for a dramatic increase in the number of cases.

In the United Kingdom on Wednesday there was the highest number of infections since the pandemic began.

According to Dr. Jenny Harries, director of the UK Health Security Agency, “omicron is probably the most significant threat we have had since the start of the pandemic” and warned that in the coming days a “shocking” number of cases.

Although scientists continue to investigate how this new variant spreads, one of the country’s leading epidemiologists indicated that, from what has been seen so far, the symptoms of omicron are very similar to those of a common cold.

“We think that omicron is much more similar to the mild variants that we have seen in vaccinated people, such as delta mainly,” Professor Tim Spector, an epidemiologist at King’s College London, who leads the so-called Zoe Symptom Study, told the BBC. Covid.

“Most of the symptoms are like those of a common cold,” said the expert. “We are talking about headaches, sore throat, runny nose, fatigue, and sneezing ”.

The Zoe Covid study, which began 18 months ago, has been gathering data from thousands of people who log their symptoms in an app.

Previous variants of the coronavirus had symptoms such as fever, cough, and loss of taste and smell.

But, according to the epidemiologist, now most of the people who are reporting new infections does not have those “classic symptoms” of covid.

The official guide of the British National Health Service (NHS), however, indicates that people should follow attentive to the classic symptoms of the covid: cough, fever, and loss of smell or taste.

The epidemiologist at King’s College points out that, because many of the symptoms that are now reported with the omicron variant are similar to those of the cold, this can lead to people “perhaps not going to recognize the infection as covid” .

That is, in regions where omicron is spreading rapidly, a person with cold symptoms is very likely to have covid.

“We are also registering other viruses, apart from covid, and we see that both infections are quite common today (in the UK).”

But in London, where covid is increasing rapidly, a person is more likely to have covid than to have a cold “Spector pointed out.

That is why, experts emphasize, that it is important to undergo a test when symptoms appear because, even if you do not feel very sick, you can infect others.

As for the way in which the new variant is spreading, the expert indicates that “we are seeing that the numbers (of infections) are doubling every 2.5 days.”

“And if we look at the regional graphs, we see that in London (the variant) is increasing much more than what we have seen since the first wave (of the pandemic),” said the epidemiologist.

The epidemiologist indicated that omicron is already the dominant variant in London and soon it will be the cause of all the infections that are registered in the British capital.

“This has really happened in just a few days and that is why so many people are getting infected,” he added.

“Similar a the delta“

Experts from the Zoe Covid Study have not seen substantial differences between the covid symptoms recorded a month ago in London and those currently being recorded.

“We are not seeing that the infections are severe or they are causing unusual symptoms like some people have reported in South Africa ”.

This means that omicron symptoms in vaccinated people are similar to those of the delta variant, which also included a runny nose, sneezing, and a sore throat.

Data in South Africa indicate that some people have reported digestive problems as a possible symptom of omicron.

But in the UK, Tim Spector pointed out that omicron infection appears to remain similar to previous variants, that is, primarily a respiratory infection.

Regarding the severity of the infections, the expert indicated that from what they have seen so far omicron seems to be causing a mild infection in vaccinated people.

But he stressed that it will take more time to see if this is really the case, because so far most cases of omicron are occurring in young people.

“What we do know is that many people with two and up to three vaccines they are becoming infected “, indicated the epidemiologist.

“And although we still do not have all the confirmed data, we have seen anecdotally that people who had a covid infection of a previous variant are now being reinfected,” he added.

The population of people who register their symptoms in the King’s College study are mostly vaccinated, so the study does not have data on the symptoms or severity of omicron in unvaccinated people.