Ómicron: 3 unknowns and 3 things we know about the new variant of coronavirus that worries the world 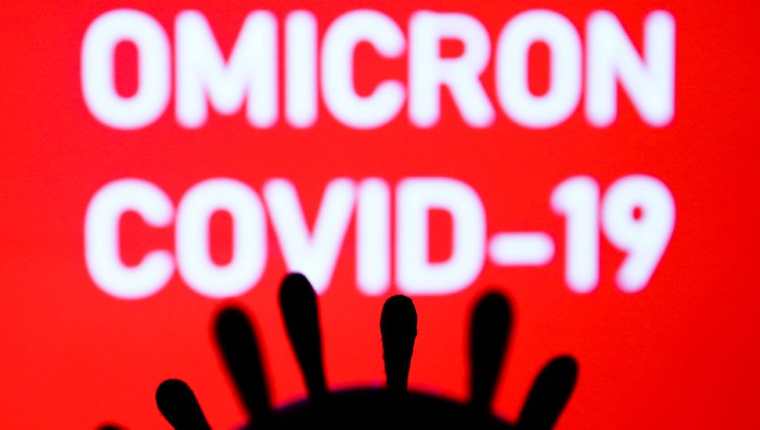 It is worrisome that, because it is so different from the original version first identified in Wuhan, it is more contagious, lethal or mocks the effect of vaccines and treatments.

It is too early to know to what extent we should worry, they warn the scientists, Who they ask for prudence while more details are known.

Different projections suggest that in a period of two weeks we could have more consistent information on it.

We explain three aspects that we already know about the new variant and thethree unknowns that worry the most to the experts.

What do we know?

1. It is the most mutated variant to date

There is no doubt: what most alarms the health authorities is the high number of omicron mutations.

The World Health Organization (WHO) has defined it as “variant of concern”, the category of the known list of SARS-CoV-2 in which alpha, beta, gamma and delta are also found.

It includes the variants of the virus that are more easily transmitted, that are more virulent or that reduce the effectiveness of protection measures or of available vaccines and treatments.

Professor Tulio de Oliveira, director of the Center for Innovation and Response to Epidemics in South Africa, the country where it was first detected, said that it has an “unusual constellation of mutations” and that it is “very different” from other variants that have circulated.

In total it has more than 50 mutations, more than the delta, which today dominates the world.

“But it is not the number of mutations that matters, but the position of these mutations,” virologist Julian Tang, from the University of Leicester, in the United Kingdom, warns BBC Mundo.

Most omicron mutations are found in the spike protein and receptor-binding domain, two sites involved in how the pathogen enters and attaches itself to our cells.

The changes are so numerous that among scientists there is a fear that our bodies will not recognize the virus if we come into contact with it again, even when vaccinated.

2. It is more widespread than previously thought

The variant was detected for the first time in South Africa, which does not imply that it arose there.

It is one of the countries on the continent that has the greatest technical capacity for the detection of variants.

Several nations have imposed severe restrictions on this country and others in southern Africa.

But despite these restrictions, cases have already been registered in several of the countries that hours before had canceled flights or imposed new control measures on passengers from this area.

Belgium, the first country in Europe to discover a case in its territory, reported that it was a tourist who arrived on November 11 from Egypt.

In the United Kingdom there are some registered cases of which there is no known travel history in common, which could be hint ofcommunity spread.

Although that can only be known in view of how the situation evolves.

Scientists have warned from the start: We will not dominate the virus if the entire world does not keep pace in the race for vaccination.

There is a lot of inequality in immunization rates and African countries are in the rear, far behind the countries with more resources.

Según Our World in Data, only 10% of the total population from Africa has received at least one dose.

In Europe, the United States and Canada, even in Latin America, this percentage exceeds 60%.

To talk about reasonable levels of immunity, experts say, more than 80% of the world’s population should receive the full guideline.

Vaccines have been shown to protect not only against the most serious pictures of the disease, but also have a significant impact on slowing down the transmission of the pathogen.

A large sample of the unvaccinated population, as is the case in most African countries, is a breeding ground for the virus to circulate uncontrollably, mutate, and variants such as omicron appear.

“In fact, this does not have to be the last variant we will see, although Nor does it mean that each new variant implies being more or less dangerous than the previous ones ”, contextualizes for BBC Mundo biologist José Manuel Bautista, professor at the Complutense University of Madrid.

So what are the top 3 unknowns?

1. Will this variant be the most dangerous of all?

The WHO warned this Monday that the risk posed by omicron could be “very high.”

To know if it is more dangerous, the preliminary analyzes of the organism would have to be ratified, which indicate that it carries a greater risk of reinfection and transmission.

But this does not imply that it is more dangerous. To verify this, it will inevitably be necessary for more people to become infected and to follow their evolution.

In South Africa, Dr. Angelique Coetzee, who was the one who discovered the new variant, told the BBC that the patients she has treated have very mild symptoms and that so far they have not required hospitalization.

But the virus can behave differently depending on demographics.

“The populations of Africa and European or North American countries are different. For instance, in Africa there are higher percentages of endemic diseases like HIV and that can have an impact on the severity or transmission of the virus ”, explains Tang.

“The first reports from Africa indicate milder symptoms and there are no reports of neurological damage such as loss of sense or smell,” Tang says.

“A new variant more adapted to humans could lose all these complications that we have seen with other mutations and look more like the strains of common colds that we see every season,” he continues.

“But like vaccines, we are not all the same. There is a lot of heterogeneity and the virus affects people differently ”, adds Bautista.

2. Will it circumvent the effect of vaccines and the immune response?

With advanced vaccinations in several countries and with many others still to catch up, it is one of the most worrying unknowns.

“The combination of omicron mutations suggests that there is selective evolution and a pressure to escape the effect of vaccines, but this is not surprising,” Tang says.

The virologist explains that escaping the natural immune response or vaccines is a kind of logical evolution of any pathogen.

In this case, two hypothetical scenarios would open.

The most pessimistic?That a new vaccine is necessary. Developing it would take less time than when it was created from scratch at the beginning of the pandemic, but it would take a few months.

A more optimistic scenario is that, although our vaccinated bodies do not recognize the virus equally well due to its different mutations, this one is lighter and nor have serious consequences.

“If the vaccine did not protect against the new variant, but it did not cause greater severity, it really would not be so important that the vaccines performed worse,” explains Tang.

3. ¿It will become thevariant dominant?

All variants compete to be dominant. It is the natural behavior of viruses.

And to dominate, experts agree that the virus must be very effective in being transmitted. “But we are still not sure if it will be like that or not,” clarifies Tang.

That is why the experts emphasize that the next two weeks will bencrucial to find out what direction this new variant could take.

So far, the two variants that have been the most efficient in this race have been alpha and delta.

If omicron will end up dominating the scene or not, we will have to wait to see it. As well as to know if it will be milder or not.

Bautista warns that if it is more transmissible and no less mild than the previous ones, by infecting many more people, the percentage of deaths or admitted could be higher.

Tang insists that if it is more infectious but less dangerous, it could even be good news: that the virus is finally becoming one of the common coronaviruses, such as the flu or cold, that affect us every season.

It is a scenario that scientists have considered since the beginning of the pandemic.

Be that as it may, Bautista concludes that “the main warning that this situation leaves us is that it is necessary to vaccinate as much as possible, maintain the use of masks, distance and ventilation.”

“As long as we do not know what the pathogen is going to become, we must prevent it from circulating freely.”

Now you can receive notifications from BBC Mundo. Download our app and activate them so you don’t miss our best content.