Natalie Wood: the mystery surrounding the death of the mythical actress 40 years later 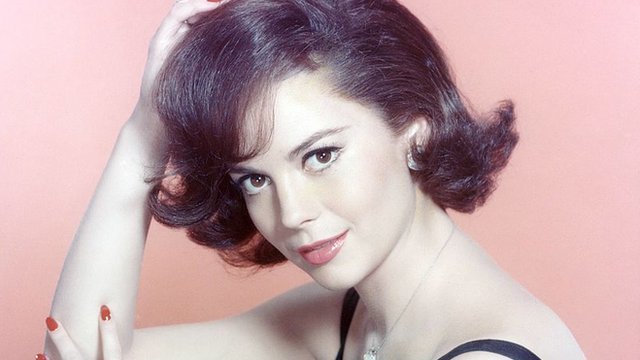 The actress, who was nominated for an Oscar three times, is remembered for her roles in undisputed classics like “Splendor in the Grass,” “West Side Story” and “Rebel Without a Cause.”

The body of Wood, 43, appeared floating in the waters of the isla de Santa Catalina, in southern California, on the morning of November 29, 1981, not far from the yacht Splendor, in which she was traveling with her husband and actor Christopher Walken.

Two weeks later, authorities called his death an accident, but doubts about what happened have persisted for decades.

The first forensic report concluded that, on the night of her disappearance, the actress had been drinking and probably slipped and fell into the water while trying to get on a boat tied to the yacht in which she was traveling.

The autopsy report also revealed that Wood he had bruises on his body and arms as well as a facial abrasion on his left cheek.

In 2011 the LAPD announced by surprise the reopening of the case, since new witnesses had assured that the night in which the actress died there was an argument on the yacht.

The ship’s captain, Dennis Davern, changed his initial testimony and stated that he had indeed witnessed a fight between Wood and her husband.

Robert Wagner, who is now 91 years old, admitted in his memoir that that night he argued with his wife, although he denied having anything to do with her death.

In 2018, Wagner was designated as a “person of interest” by the authorities, although it has never been considered a suspect.

One of the reasons that led Wood’s relatives to distrust the initial version of what happened is that the actress had a real water panic, so they were surprised that she alone had tried to get on an inflatable boat in the middle of the night.

Apparently, it was a fear that the actress had since she was a child, since, as Wood herself explained, a seer told her mother to be careful of “the dark waters” and predicted that she would die by drowning.

In 2012, the authorities they corrected the death certificate by Wood to reflect the uncertainty surrounding his death.

The record now says that the actress died as a result of “drowning and other undetermined factors.”

The document also indicates that the circumstances of how the actress ended up in the water “are not clearly established.”

On a trip to Santa Catalina

The fateful journey began on November 27, 1981, when Wood, her husband, and Christopher Walken, with whom the actress was shooting a movie, set out on the yacht Splendor for Santa Catalina Island, off the coast of Southern California. .

On November 28 they had dinner at a restaurant on the island, where drank abundantly, and around ten o’clock at night they returned to the ship.

At one-thirty in the morning, the ship’s captain and Robert Wagner called the coast guard, claiming that Natalie Wood was missing, along with the inflatable boat they used to travel ashore from the yacht.

At a quarter to eight in the morning of November 29, the corpse of the actress was found floating next to some rocks.

The official explanation indicated that Wood, in a drunken state, had tried to get away from the yacht in the inflatable boat, but he tripped, fell into the sea and with his wet down jacket ended up drowning.

Wagner said he thought his wife was in his bedroom, and that it wasn’t until he walked in there at 1:30 a.m. that he realized she wasn’t on the ship.

The great unknown that that fateful night left is what could have led Natalie Wood to want to get away from the yacht.

Although at first Wagner had denied it, in a documentary in 2020 he acknowledged that he had had a discussion with Christopher Walken about his wife’s professional career before realizing that she had disappeared and that during it he had broken a bottle .

According to Wagner, after the fight, Walken went to bed, and he and Captain Davern swept up the remains of the broken bottle.

He then went downstairs and discovered that his wife was missing, immediately contacting the coast guard.

Despite these explanations, the death of Natalie Wood has generated numerous theories in recent decades about what may have happened aboard the Splendor.

In addition, the death of the actress, continued to feed the myth about one of the most emblematic films in the history of celluloid – “Rebel Without a Cause” – whose other two protagonists – James Dean and Sal Mineo – also lost their lives too soon.