The Canterbury Anniversary Day holiday is known as Show Day in the region, the day the country comes to town. 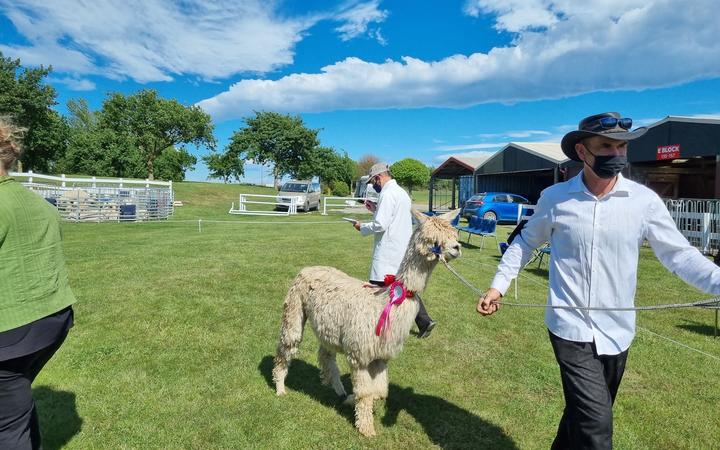 One of the winners of the alpaca contest at the A&P Grounds on November 12.
Photo: RNZ / Rachel Graham

But for the second time since WWII, there was no A&P show in Christchurch today.

The Farm Show grounds are typically crowded on Canterbury Anniversary Day, with some 60,000 people crammed together to eat hot dogs, look at the best chickens in the district, and sit on a tractor they don’t need.

Today, the fairgrounds streets were empty, with the show canceled due to Covid-19.

Some key parts of the show went ahead, only there were no members of the public to see them.

Pagan Karauria traveled from Alexandra to participate in the wool shearing and handling event for the elderly.

She said the lack of a crowd was not a big problem for her.

“When the crowd is here at Canterbury Scissors because it’s the A&P show, it can take you almost 10 minutes to get off the board and back down into the crowd.

“But in a shear final, the atmosphere is amazing when there are a lot of people in the stadium. The finals, I have found, have been quite different when there is not a lot of background noise.”

Other events underway today were the alpaca, sheep and pig contests.

Earlier in the week, they also organized indoor dog trials, a smaller version of the pen for school groups, and a dairy goat competition. 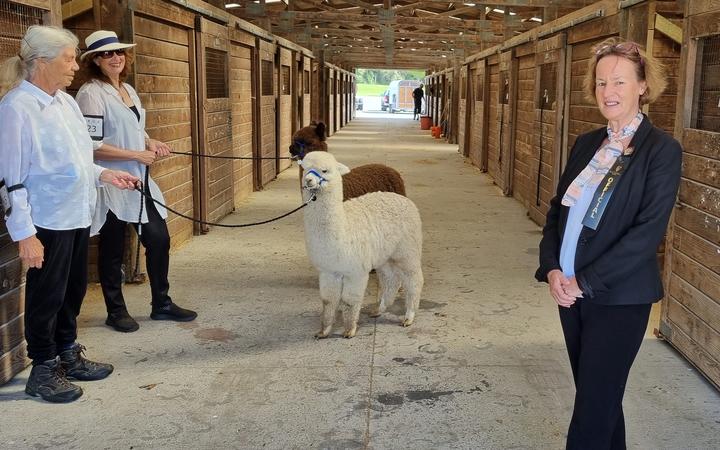 Anne Rogers, the transporter for the show’s alpaca section, with two of the competitors.
Photo: RNZ / Rachel Graham

Anne Rogers, coordinator of the alpaca section, said it was important to go ahead with the competitions even without spectators.

“The thing about the placements, if you listen to the judges, they are telling you why they put those animals first.

“It’s a really good learning tool for exhibitors, they can hear what their animals are doing well and maybe their overall breeding program if multiple animals from their stallion have come in.”

Competitors traveled from Palmerston North and Blenheim to participate in the alpaca competition, and the swine competition also had a good turnout with numbers similar to those of years past.

Former program president Chris Herbert said that social opportunity for rural people was a very important part of the program.

“It is a social occasion for some of the exhibitors, it is their showcase, showing what they are doing with their genetics.

“But the social aspect is huge. There are people who have come to this program and caught up for 30 or 40 years, and it is the only week of the year that they catch up. They live on opposite ends of the island. Like this. which is brilliant. “ 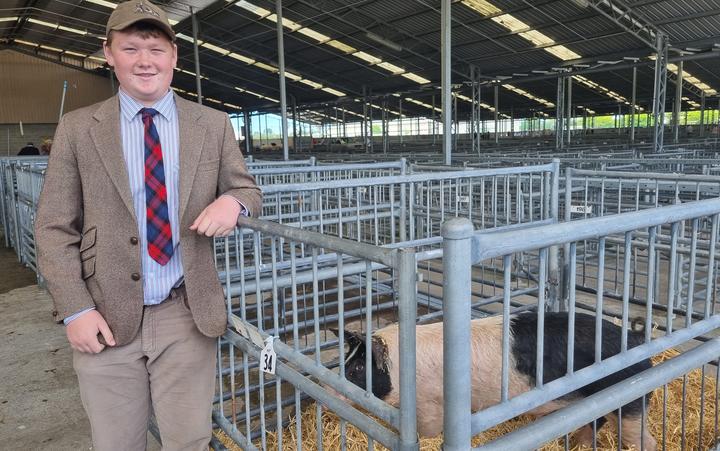 Canterbury A&P Association President Chris Harris said that not being able to open to the public was a real blow, and that they would now need to make use of the $ 1 million loan they had agreed to with the Christchurch City Council as a network of security in case you had to cancel.

“It’s a huge success for us,” Harris said. “That’s why we got that loan from the council. It will keep us floating, but we will be in debt backwards. We will definitely be looking forward to some very good programs in the future.”

Harris said that normally, the only thing they had to worry about was whether it was going to be too hot or too cold on show day, and he hopes next year that will be their biggest problem once again.