This week, police and Customs arrested a drug syndicate in Northland and seized $ 8 million worth of drugs. 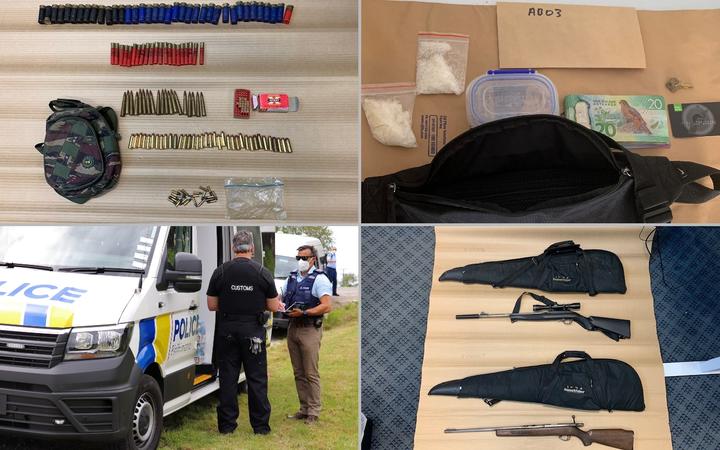 It began when Customs notified police of 15 drug packages, seized between March of last year and June 2021, that had drugs hidden in books, clothing, art, and that were intended to be delivered to Northland.

Then for six months, the Northland Organized Crime Unit investigated drug smuggling from abroad, including Africa, and the subsequent sale and supply here.

Operation Freya resulted in 11 search warrants in Northland, including Morningside, Rāwhiti, Ruakākā, and Whananaki, as well as Rotorua.

Police seized 17 kg of methamphetamine, 5.44 kg of MDMA and 1 kg of pseudoephedrine, which have a combined value of $ 8 million on the street.

Additionally, around $ 240,000 worth of assets were seized under the Criminal Assets (Recovery) Act, including a motorcycle, boat, and vehicles.

About $ 70,000 in cash and a quantity of methamphetamine were also seized along with two firearms and ammunition.

Police said he would face a series of charges related to the importation, manufacture and supply of methamphetamine, conspiracy to import methamphetamine, MDMA and pseudoephedrine, and participation in an organized crime group.

They will appear in the Whangārei District Court on November 13.

Detective Inspector Bridget Doell said key leaders of the Ruakākā-based union were in the Headhunters motorcycle gang and the mixed-race mafia.

“Crimes committed by the union spread throughout New Zealand and those arrested today were allegedly involved in a variety of roles and levels of guilt in this union.

“Ultimately, they have allegedly attempted to import, manufacture or sell drugs in the Northland market, which currently has one of the highest per capita drug use wastewater readings in New Zealand.”

Police said they could not rule out further arrests at this stage.

Doell said the arrests and seizures prevented approximately $ 25 million worth of social damage throughout the Northland district.

“Methamphetamine use is unfortunately one of the main drivers of crime throughout the Northland district.”

Dana McDonald, manager of customs intelligence, investigations and law enforcement, said they continued to work with law enforcement partners globally to disrupt the transnational movement and supply of controlled drugs.

“Organized criminal groups may think that law enforcement doesn’t care about small packages of drugs, but it all adds up, and it is only a matter of time before they are held accountable.

“Customs is actively focused on all risk shipments, by sea, air or mail, and is determined to work with our partners, both here and offshore, to achieve maximum impact in dismantling organized criminal groups that They are involved”.

Police say that if they have information about suspected drug trafficking in their community, they should contact 105, or Crime Stoppers anonymously via 0800 555 111.

We use cookies to ensure that we give you the best experience on our website. If you continue to use this site we will assume that you are happy with it.Ok