It is time for the COP26 summit, and with one more day of official talks left, there is a lot of pessimism among New Zealanders about the outcome. 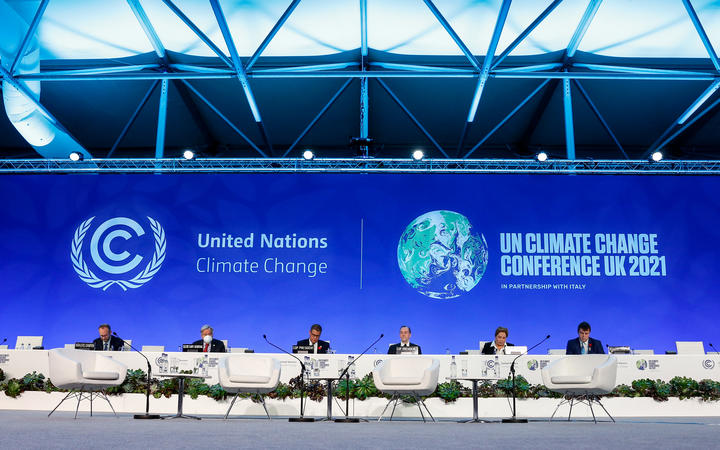 One of the few New Zealand reporters in Glasgow is Rod Oram, who said there was frustration in the corridors outside the negotiating rooms.

“Certainly there is a certain degree of pessimism around a lot of issues.”

He said the parties to the talks on the establishment of international carbon markets have retreated to positions similar to those that had been raised in previous rounds of negotiations in which the deal failed.

On discussions about finance, adaptation, and loss and damage, essentially about how much money rich countries owe to poor ones in climate aid, he said: “Developing countries are angrier than ever about the inability of developed countries to contribute even small sums of money. to help them. “

He doubted there were any major new promises to reduce countries’ emissions.

Injy Johnstone is in Glasgow with the Young Kiwis in Climate contingent.

He said he would rather see talks on international carbon markets, which would allow countries to sell excess cuts, fail than pass a pitiful deal.

“There have been some proposals from different parties … but really harmful proposals.

“So here on the ground, we are really trying to focus on how to ensure environmental integrity in any proposal that comes up.”

But RNZ understands that it will almost certainly not make it to the final text: it will be torpedoed by Australia, Saudi Arabia and Russia.

There have been positives including promises to cut methane emissions, end deforestation, phase out carbon, and a surprising cooperation agreement between global giants China and the US.

Kera Sherwood-O’Regan, an Iwi Chairs Forum nominee in the New Zealand delegation in Glasgow, said there were always wins and losses at these events.

She said that human rights and the rights of indigenous and disabled people have gained more prominence at this summit, probably due to the mahi of young Maori and Pasifika activists.

“I think there is definitely a much greater awareness at this COP and it is something that people are discussing much more, including the parties and the negotiators, so I think it is very positive to see it.”

No one knows yet what will be in the final agreement, but even in the best of cases, it will not come close to staying within 1.5 degrees of warming, a central point of the summit.

“Progress is step by step and we have to keep moving forward. We have to continue to hope that we can manage the future climate because it will impact everyone in the world in one way or another.

“Food shortages, water shortages, excess immigration, environmental refugees coming to different countries, all those kinds of things are what our children and grandchildren will have to deal with.

“So you have to have hope for these future generations.

“But certainly, the outcome of this conference is not going to solve the problem. It is much more entrenched and much more complex.”

The summit is scheduled to end on Saturday morning New Zealand time, but could well take a day or more.