Analysis – Getting an agreement on who will pay for the devastation that climate change will bring is a major theme at the UN’s COP26 climate summit in Glasgow. 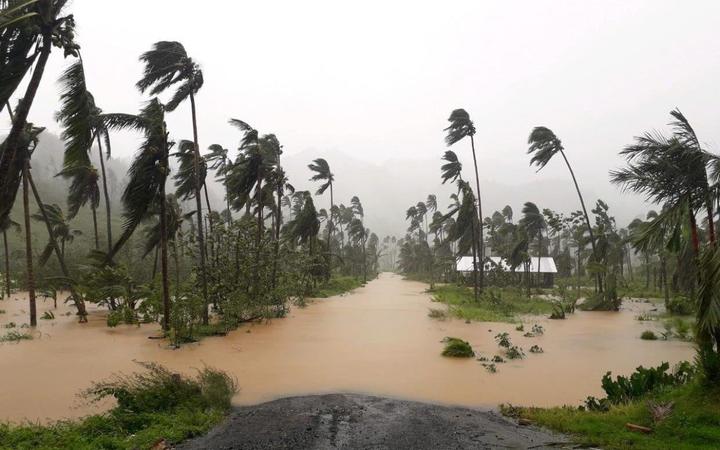 Pacific studies and climate security expert Dr. Steven Ratuva says the region is responsible for only a fraction of the warming, but is already suffering the brunt of the damage.

“Frequent cyclones and other climatic calamities, rising sea levels, erosion and damage caused to reefs and the marine ecosystem.

“There are many things that need to be addressed and finances are very important, in fact they are at the top of the list.”

India gets much of its electricity from coal, but at the COP it committed to going net zero by 2070 and needs funding to do so.

Oxfam’s Alex Johnston says it’s a good example of why a deal to radically increase climate finance is so important.

“They are one of the largest countries in the world, [their] The emissions profile is growing … so they really need the funding to stop adding new supplies of coal and to be able to meet the energy needs of their population. “

There are a number of threads in the finance talks at COP26.

First, there is money promised to mitigate or adapt to climate change. Hundreds of millions of dollars have been pledged in Glasgow, although that falls far short of what many believe to be fair.

RNZ understands that in the negotiating rooms of the COP, rich countries oppose demands to double adaptation funding.

New Zealand has argued that it already pays its fair share in the region. Last month it quadrupled its climate aid fund to $ 1.3 billion over four years, half of which will go to the Pacific.

Dr. Steven Ratuva says appropriations and bureaucracy make it difficult for Pacific countries to really get their hands on the cash.

Steven Ratuva says that much of the money ends up in the pockets of contractors from outside the region who brought in to do the work.

Meanwhile, the most permanent impacts of climate change, known at COP26 as ‘loss and damage’, are being debated.

Alex Johnston says a breakthrough came at the COP when Scotland became the first country to explicitly allocate cash to it.

Developing countries want compensation for loss and damage in addition to promises of mitigation and adaptation.

“The scale of climate impacts and their economic cost are enormous.

“And so opening up the potential responsibility to say ‘we have to compensate or help countries recover the economic loss they have experienced’ potentially opens up quite a large checkbook for countries in addition to the adaptation funds they are receiving. ” requested “.

The director general of the Secretariat of the Pacific Regional Environment Program, Kosi Latu, says that developed countries want to treat mitigation, adaptation and loss and damage as the same problem, but he says they do not.

Positive signs that there is a movement on new financial promises

Kosi Latu says that all these promises must be translated into real action.

And a key tension at COP26 is the failure of rich countries to meet their financial goal of providing $ 100 billion in climate aid a year for five years starting in 2020.

RNZ sources watching the negotiations in Glasgow say rich countries now seem at least open to setting up a task force to propose a new financial target for 2025 to 2030.

If developed countries agree with the formation of a group, this indicates that they are beginning to take it more seriously, since previously the financial objective has only been one of the items on the agenda.

It is important because poor countries say that the goal must grow more than a trillion dollars a year to meet the scope of what is needed.

However, rich countries say it is too early to calculate anything.

COP26 is scheduled to end at dawn New Zealand time on Saturday, but it seems more and more that it will go on for at least one more day.