“The elephant in the room is trust.”

That was the sentiment of Featherston resident Theodore Taptiklis after Monday night’s rate meeting in Featherston. 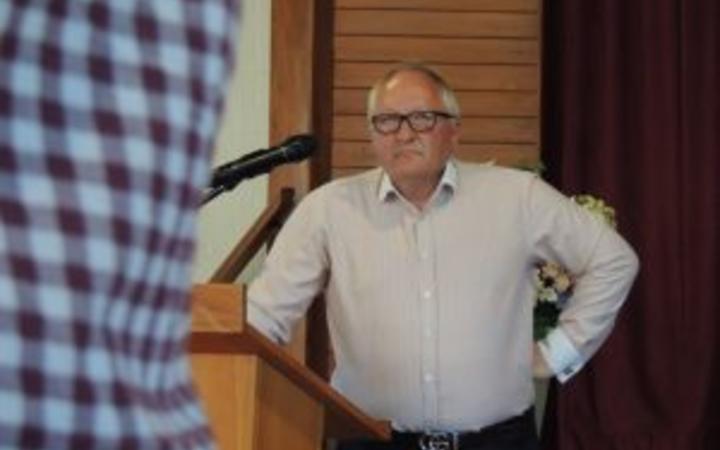 Taxpayers criticized South Wairarapa Mayor Alex Beijen when he suggested that a man complaining about the district’s rate hike had a “simplistic view of what the council does.”
Photo: LDR / Emily Ireland

The event was the second in a series of meetings held by the South Wairarapa District Council (SWDC) to address the lack of communication of fees that has angered taxpayers and left some unable to afford to pay their fees.

In its Long Term Plan (LTP) Consultation Document, released in March, SWDC indicated that it needed to raise an additional 17.65 percent in fees this financial year.

This contradicted the LTP itself, which stated that fee income for this financial year would be $ 19,921, an increase of 29.6 percent over the previous year.

The council has since apologized for the lack of communication, saying the difference was due to the council borrowing $ 1.5 million last year to give taxpayers a rate holiday amid Covid, while continuing its program. of proposed works.

Taptiklis, who has been a South Wairarapa taxpayer for 25 years, said a 29 percent rate hike “in a world with five percent inflation is wild fantasy … totally unreasonable.”

He said he had a sense of “arrogance and entitlement” from the council’s response to the lack of communication and felt that the council’s proposed remedy was “not good enough.”

The council is scheduled to approve a remedy on November 17, but its preferred option for participation is to make cost reductions that do not significantly reduce service levels and carry the savings over to the next financial year.

“I want my money back now,” Taptiklis said.

He said taxpayers commissioned the council to do “a number of simple tasks” and said costs should be easily predictable “based on many years of prior experience.”

“Infrastructure costs are easy to meet if we save a little bit each year.”

Mayor Alex Beijen said, “Thank you for a very simplistic view of what the council does,” to which the audience reacted with shouts.

“Municipal services are not static,” Beijen said, nor are they governed by the consumer price index: “we don’t buy cauliflower.”

Rather, the big cost drivers were meeting new standards set by the government and rising construction costs, he said. 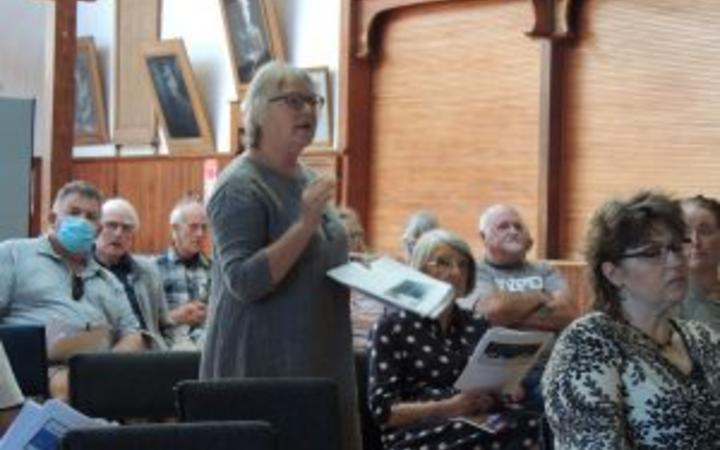 South Wairarapa taxpayer Daphne Geisler said she found it “quite condescending” when council chief executive Harry Wilson offered to “go over the graph again” to explain the reasons for the rate hike and lack of communication. .
Photo: LDR / Emily Ireland

Regarding the lack of communication of the rates, the taxpayer Jim Hedley believed that it could be explained by one of two things: “incompetence” or dishonesty.

He asked what it was, but no one answered.

Previously, SWDC confirmed that it only learned of the impact of last year’s loan on rate hikes “around mid-August 2021.”

This was after the council approved the LTP and rates went up in late June.

Taxpayer Daphne Geisler said she was at the 2020 meeting when “several taxpayers said [council] on the impact of contracting a loan “.

“There was no sign of the loan [impact] in the LTP. You couldn’t have forgotten the loan. It must have taken a lot of effort to even hint at the loan. “

Wilson said he was happy to “go over the graph again” explaining the impact of rates and addressing the miscommunication that occurred.

Geisler said this was “quite condescending.”

Wilson said: “As I said before, we should have communicated it better and earlier.

Another taxpayer asked, “Given that the public was misled by an unknown loan that had an impact on increasing rates, what steps is the council taking to regain the community’s confidence in financial decisions?”

Wilson said he understood there was a “trust problem.”

“If I were in your place, I’d have the same problem,” he said.

The council had discussed three options to remedy the problem and would make a decision on the way forward at a full council meeting on November 17.

Another rate meeting was to be held in Martinborough on Thursday.