Residents of houses near the port of Gisborne are enduring the noise, vibration and dust conditions that a person has compared to an earthquake and an acoustician says it is harmful to the neighbors. 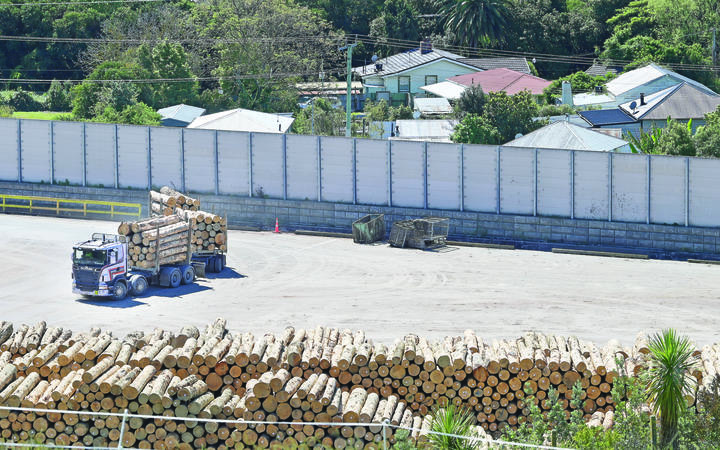 An independent review has found that noise and vibrations from the upper logging yard in Eastland Port appear to be causing harm to neighbors.
Photo: LDR / Gisborne Herald / Liam Clayton

Concerns raised by the community led the district health board, Hauora Tairāwhiti, to commission the Environmental Noise Analysis and Advisory Service (ENAAS) to review the situation.

The independent review found major holes in the framework established to regulate noise from port activities, saying it deviated from the “best practices” observed in other ports and was based on a resource management plan riddled with “deficiencies, errors and outdated information “.

Residents, who have lived in Kaiti long before the port came closer with the 2015 construction of the upper log yard at the corner of Crawford and Rakaiatane roads, say the noise, dust and vibrations are disturbing.

Allyson Burrows has lived in the same house on Parau Street for 37 years, dating back to when the freezing works were in operation.

It was not as noisy as today’s logging operations at the port, he said.

The Gisborne District Council is the regulator for noise control and is responsible for ensuring that the port complies with its resource consents and the rules set out in the Tairāwhiti Resource Management Plan.

In the independent review published in July, acoustic noise specialist Dr. Stephen Chiles said that the sound and vibrations of forest logs moving in the upper logging yard were harming neighboring residents.

The effects of the noisy log yard on the adjacent residential area could include sleep disturbances, discomfort and even cardiovascular disease, he said.

Five houses near the port were bought by the port and resold with deals that discourage future owners from complaining about noise, vibrations and dust.

The port owner, Eastland Group, said the agreements do not prevent owners from filing complaints, but are a “useful tool” that ensures new residents are aware of the nearby port, which must still operate within its resource permits and the district plan. .

However, Dr. Chiles said that while there was some benefit to using “no-claim agreements” to warn potential residents of noise, it did not actually change the effect of port noise on health, especially when the Port activities had intensified from the properties. were bought.

“A more effective approach could have been for the port company to acoustically treat the houses before selling them, but it is understood that this did not happen,” Chiles said. 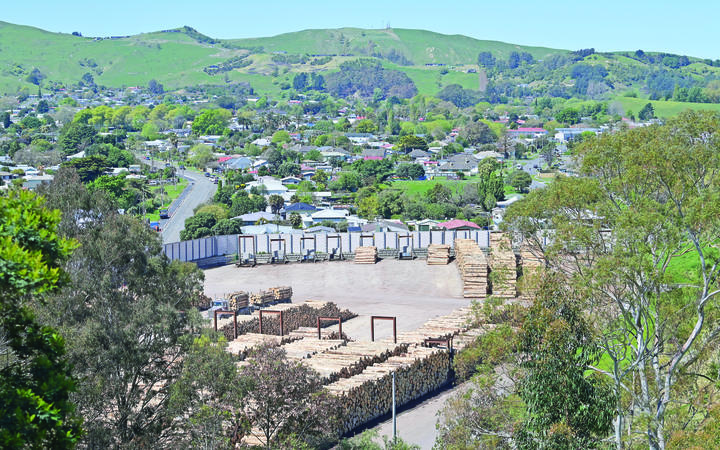 Eastland Group COO Andrew Gaddum said the company is constantly striving to find the right balance between port operations to serve the region’s economy and being a good neighbor.

“This is not always an easy task, but as a functioning port located next to residential houses, operating within the legal limits of our resource consents and the zoning of the port is extremely important to us.

“It is equally important that we inform our neighbors and the community at large about projects and activities, listen to their comments and continue to seek ideas to help mitigate the impacts of noise and vibration,” said Gaddum.

A port community liaison group was established in 2008 to ensure regular communication between the port and its immediate neighbors, and it was one of several ways residents could raise issues, he said.

Brent Cuthbert, who has lived on Harris Street for a decade, requested expert acoustic review after witnessing a significant increase in “offensive” noise and vibration from the 24/7 operation. This coincided with a marked increase in the port’s export registration activity, Cuthbert said.

“I had serious concerns with the apparent deficiencies in resource consents, the district plan, the noise complaint process, and the protection against nighttime noise for affected residents,” Cuthbert said.

Chiles echoed his concerns. His review highlighted a “significant issue” in the definition of “essential” and “non-essential” port activity, with different noise controls for each and an “error” at port boundaries that he said “precludes compliance.”

He also said the district’s plan noise limits were based on an outdated forecast of port activity and excluded activity in areas such as the upper log yard. There also did not appear to be a high level of trust between residents and the port, and residents felt their concerns were “ignored,” Chiles said.

He recommended that a single, consistent set of noise controls be established covering all port activities and asked the Gisborne District Council and the Eastland Group to further investigate the issues.

Gaddum said the port had taken measures in the upper log yard, including installing a large acoustic wall around the perimeter of the site, a single entry / exit point to reduce traffic near residential properties, and a consistent hard surface. .

Some of the actions the port had taken to reduce noise in the upper log yard included reducing some of the log storage heights to five meters to minimize operational noise on the acoustic wall and not using high stackers between 9 o’clock: 00 p. M. And 7:00 a. M. Contractors were instructed on the rules to follow, and if there was a problem, a “robust process” was put in place to address and rectify it. The port also established a new environmental steward role to manage resource consents and actively promote, manage and ensure compliance.

The port was continuing to work on additional options to mitigate operational impacts, and had begun discussing them with neighbors, with ideas including installing dual noise monitors in and near the upper log yard, extending the acoustic panel fence around the entrance. of the upper log yard and a noise deck around the lift unit, Gaddum said.

The council’s director of environmental protection and services, Helen Montgomery, said the TRMP’s review would consider existing definitions and the location of the port’s noise limits. If there were any proposed changes to the port noise limits and / or definitions, the public and the port would have the opportunity to make presentations.