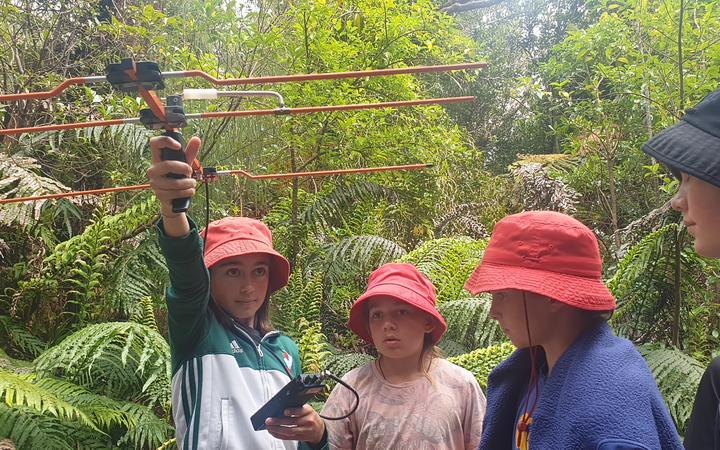 Five pairs of the national bird released at Kaitake maunga in April are in the midst of a baby, or should be, a chick boom.

A Haimona-carried transmitter, one of 10 western brown kiwis transferred to the Kaitake Ranges from the Rotokare Scenic Reserve earlier this year, sounds in patterns indecipherable to all but those in the know.

Taranaki Kiwi Trust Operations Leader Sian Portier is translating the code with the help of children from Oakura School.

The kiwi had been absent from the range for decades. But Haimona is hatching an egg, about to become a dad, and he’s not alone.

Portier said the kiwis wore a transmitter with a mercury switch that recorded their activity every 10 minutes.

Telemetry or beep codes provide a wealth of information.

“So those codes will tell us everything, from how long a bird has been incubating or if it is incubating what state it is in, to what time it went out to feed last night and how many hours it was actually out last night, the night before and on average. of the last four nights as well. “

Evelyn Colegate from Oakura School had been paying attention.

“We’ve learned what the beeps mean. We’ve learned that 48 means it’s hatching, it’s a bit still, and your transmitter may have fallen or maybe died, but hopefully it’s not.

“And I’ve learned how to use them and how to read the little monitor like how many beeps per minute and things like that.” 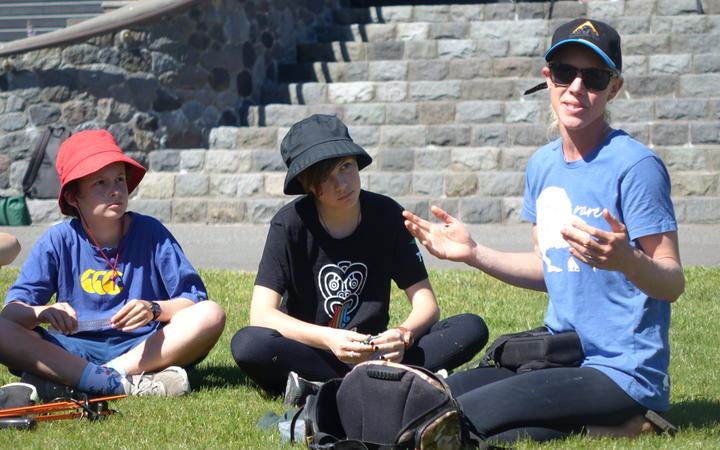 In Haimona’s case, the code shows that she laid the egg around 8pm the night before and fed for about five hours.

But he’s been defeated in the production of Kaitake’s First Girl, that honor goes to Spencer. His egg hatched just a few days ago. Two other males are also incubating eggs.

“One of the things we really wanted to do was get the tamariki back in the maunga, first, where they dropped the kiwi and then have them participate in activities that allow that protection, like telemetry.”

Manu said it was amazing what the tracking revealed.

“Some of our kiwis have gone tipi haere, they have just gone for a walk in the maunga. Some of them have gone to Pouakai and then they have returned. And one of the main reasons we go back up today is to continue with that follow up. “

Sian Portier of the Taranaki Kiwi Trust said the launch of Kaitake had been fantastic.

“I really couldn’t have imagined it better and the fifth male not yet hatching has been paired with a female and I think he too will start sitting any day.”

He said it was important that young people were accompanied during the trip.

“It’s really amazing to see kids get so involved in this and show that science doesn’t have to mean wearing white coats in a lab. This is science and there are still a lot of things we don’t know.

“So yeah, inspiring them not necessarily to work with kiwi, but to work on conservation. It’s very important in New Zealand and right now, and the more young people we can inspire, the better.”

One of the messages that children are taking to their communities is that dog owners keep their dogs out of the national park.

Kiwis are particularly vulnerable to curious dogs, with just a slight push from their snout being potentially fatal.