Angry visitors arrived today at the door of democracy in the capital, with thousands of protesters marching towards Parliament for various reasons related to Covid-19. 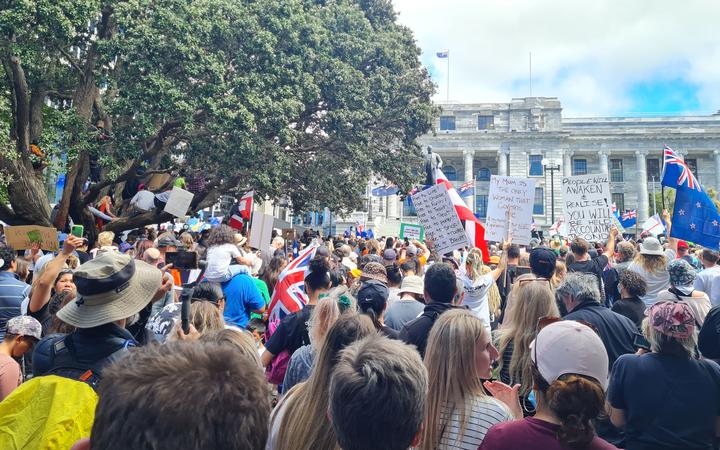 Protesters at their rally in front of Parliament.
Photo: RNZ / Emma Hatton

His motives were unclear; some angry with the closures, vaccines and vaccination mandates.

They came in calling themselves freedom fighters and made sure the decision makers on the inside heard them.

Touring the city, they hurled insults at the media and the police, demanding an end to the Covid-19 restrictions. 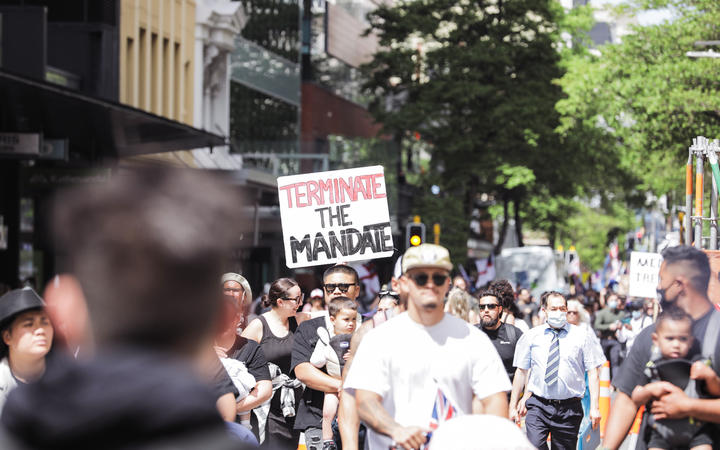 Thousands of people march through downtown Wellington for a protest against the shutdown and vaccination.
Photo: RNZ / Sam Rillstone

It began in the Civic Square where a mask was barely seen and social distancing was non-existent.

A woman over a loudspeaker asked people to stay in their bubbles, just before the march started down the road to Parliament.

Led by motorcycles, the sea of ​​protesters rushed down the road where people on the street stopped to watch the commotion and some others were trapped in their vehicles with the roads blocked.

One man told RNZ he was unimpressed and “a little upset” while waiting in his truck.

“I have to go make my deliveries … he’s holding me up.”

In Parliament, security was reinforced with the crowds held back from the buildings: some protesters tried to jump over the railings. 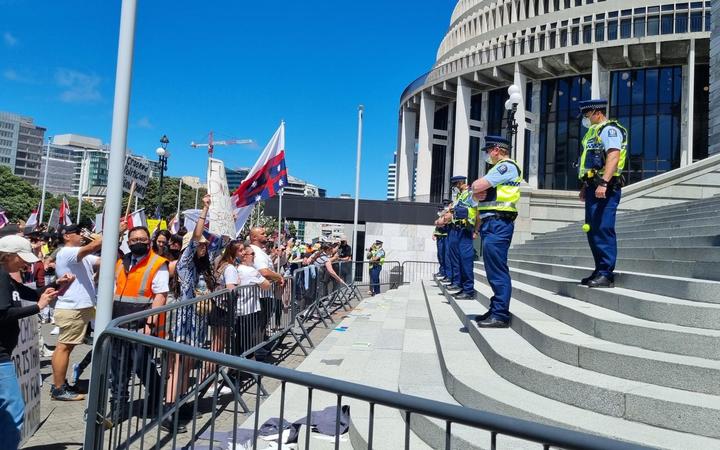 House Speaker Trevor Mallard said security has never been tighter in his more than 30 years at the site.

Music blasting out on the lawn, chosen thematically, including that of Michael Jackson.They don’t care about us’, and Eminem and Rihanna ‘Love the way you lie’.

Voices behind pointed fingers were shouting at the building that housed decision-makers, and the crowd gathered in support of the protesters speaking into the microphone.

They claimed a number of things like being segregated and that the government “trampled on the rights of New Zealanders.”

Those RNZs spoke of advocated disinformation; it was clear that they were angry and protesting for a variety of reasons.

They mentioned false information about vaccines, but they also wanted New Zealand to live with the virus and not worry about the risks.

One man said he was not afraid of Covid-19.

“When I have Covid, I will not go to the hospital because I am too fit,” he said.

He cited a “great source” who reported his views, but did not tell RNZ what it was about.

Other people were upset about losing their jobs because they wouldn’t get vaccinated.

Others just want to be back with family in Auckland. 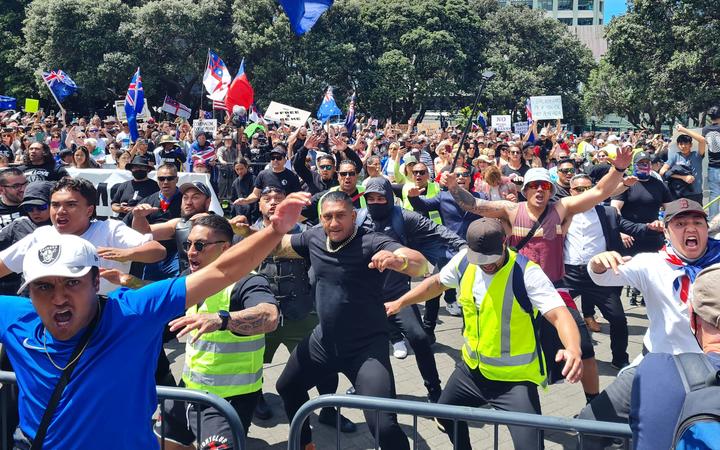 The rally ended with a haka.
Photo: RNZ / Emma Hatton

Inside Parliament, Prime Minister Jacinda Ardern could hear it all.

He said the protesters’ views were not representative of most of New Zealand, whom he thanked for doing their part in the country’s effort to combat Covid-19.

“More than 89 percent of eligible New Zealanders have had their first dose of the Pfizer vaccine, and I think they know and appreciate that we are on the way to being able to open up more, to have a little more of that – normalcy back.

“Yes, it has been a difficult journey, but I think you can see that what we have done has been on behalf of everyone,” he said.

Police made no arrests, but follow-up actions will be considered in the coming days. 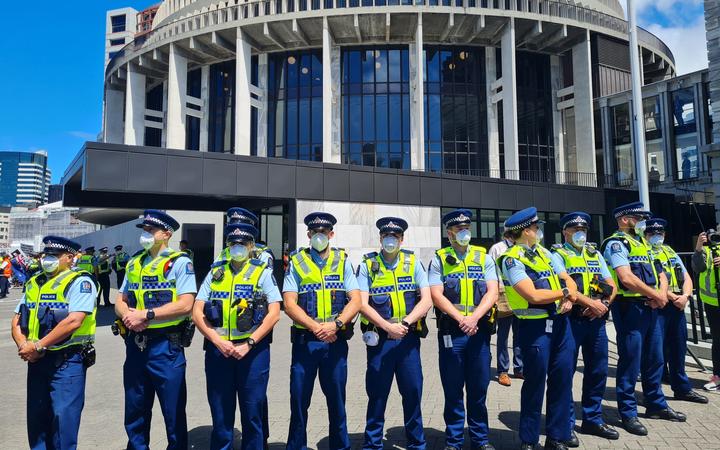 Police are standing firm against the protest they described as “largely peaceful.”
Photo: RNZ / Emma Hatton