The Taranaki District Board of Health has a Covid ‘surge’ plan that would allow it to serve nine ventilated ICU patients and up to 60 hospitalized patients. 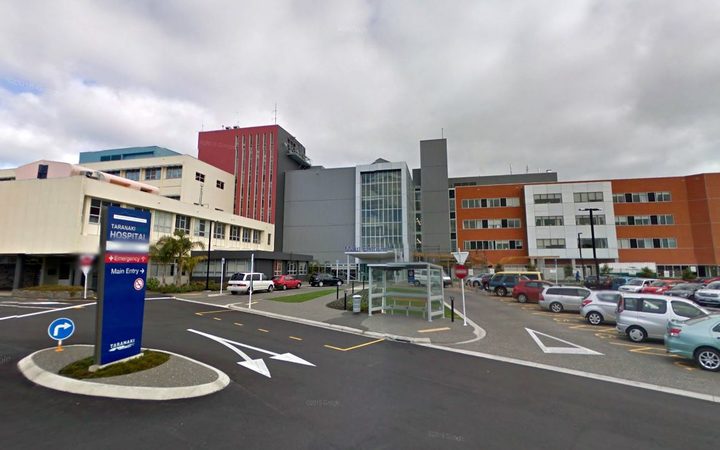 The province is on fire after a positive sewage test in Stratford last week.

More than 1000 swabs have been taken so far, 600 of which were negative, and the region is still awaiting the results of the wastewater follow-up tests.

TDHB COO Gillian Campbell told RNZ she was confident she could cope if an outbreak was confirmed in the community.

He said the public health unit had made specific models of Taranaki during the first 100 days of an outbreak in the region, which gave cause for optimism.

“That shows that our maximum number of admissions will be seven with two in the ICU, which we are more than capable of handling.”

Daily infections in the model, which has analyzed the Auckland and Waikato experiences, peak at 32 around day 70, the first person admitted to hospital on day 20 and the first ICU patient on day 55.

The model assumes that during the 100-day period, double vaccination rates will rise from 60 to 90 percent of the eligible population.

The DHB’s most recent update on vaccination rates Thursday said 68 percent of the eligible population had received a double injection, while 85 percent had received one dose. For Maori, those figures were 48 and 69 percent, respectively.

Campbell said the DHB had a plan in case the number of infections exceeds the model.

Campbell said the room for Covid patients in the wards could also be expanded.

“If the increase reaches the upper end of the predictions, our two medical rooms can be converted to full negative pressure Covid rooms, so they have 60 beds.”

The current model pales in comparison to what had been anticipated in 2020.

“We had been planning that we would be at our best [nine ventilated patients] when you saw what was happening internationally, that’s all we had to go on. We knew we would be under pressure to manage the numbers coming in if there had been a full community outbreak. “

Campbell said that medical professionals now knew much more about Covid-19 than they did in 2020 in terms of how to handle the virus and treatment options, meaning that the impact of a community outbreak would not be as extreme now.

In 2020, the DHB had planned to store the bodies off-site in refrigerated shipping containers, but their use was not expected now, although they would still be on duty.

“We have a morgue on site here, so we can care for bodies here, and last year we worked with funeral directors on how to transfer patients, and there is an escalation plan around body storage if we get to that point.

“However, what seems likely at this point is that those plans will not have to be implemented … obviously that’s refrigerated container storage, though certainly not at the hospital site.”

Campbell said an outbreak the size of the model could have a serious impact on staffing.

“You know, you have a small outbreak and the staff is retiring, there is not a great capacity to take advantage of and the reality is that by the time Taranaki has community cases we will not have people to turn to, probably from all over the world. Country.

“So we have to find out how we respond as a health sector as a whole, not just in the hospital and not just in residential care for the elderly. We will have to make sure that we can provide for everyone, even if we have gotten the staff out isolated “.

However, Campbell was confident that given the model, the DHB would manage.

“If I just look at the hospital and the planning and take an optimistic view, this is well below our capacity and management capacity, so I think if we had an optimistic view that told us that we were going to have six patients in the ICU all in time then there would be reason to be really concerned.

“This is the first part of the modeling that has been really localized, including what we know now, and it gives some reassurance around our capacity, because even if we double this, we have the capacity and the capacity to manage.”