By By Grant Duncan * de 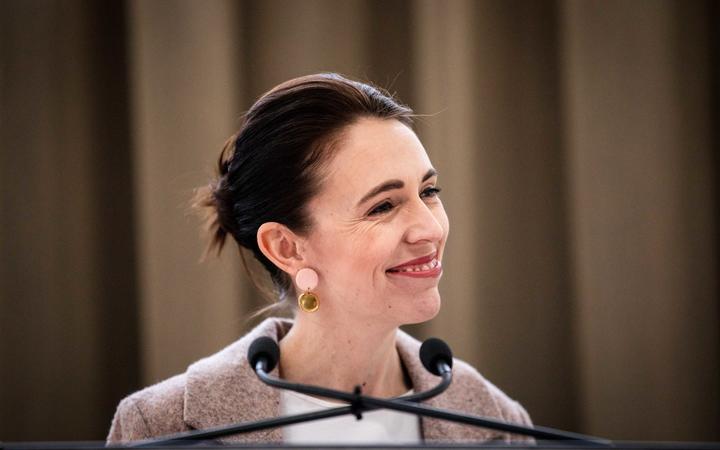 The Labor Party has given back to the caucus the power to decide who leads parliament.
Photo: RNZ / Samuel Rillstone

The “main focus” of the conference agenda was a mandate that allows the party’s parliamentary caucus to elect a new leader (if two-thirds or more are in favor), without going through a party-wide electoral process.

This led journalists to speculate that it was a question of “replacing” Ardern as party leader and prime minister, probably with his current deputy minister and finance minister, Grant Robertson.

Ardern took over the leadership of the party just seven weeks before the 2017 election, when it looked like Labor would hit another shameful low point. That change did not require a party-wide primary as it was very close to a general election. Labor rules allowed an exemption for the caucus to decide on that occasion.

The results were remarkable. Ardern raised the Labor Party to 37 percent in the 2017 elections and then formed a governing coalition with New Zealand First, with the support of the Greens. In 2020, after stopping COVID-19, Labor won 50 percent and a parliamentary majority.

But no government escapes lightly in this pandemic. The delta variant has proven to be unbeatable and the number of cases has increased.

Tough political decisions have been made about vaccines, vaccine mandates, travel, quarantine, closures, and enforcement of emergency rules. The government is now a target of protests and Ardern has been bullied by small but “aggressive” groups.

It’s also worth noting that polls in the last pre-election fortnight of 2020 underestimated Labor by 3.7 percentage points on average, outside of their margins of error, and there is no evidence that they have improved. The likely partner in the Labor coalition, the Green Party, is also doing well.

But the government’s approval rating is on the decline. Could that help explain why the Labor Party facilitated a leadership change in the medium term?

In 2012, the Labor Party introduced an internal primary election for leadership. This implies a preferential vote, with a weighting of 20 percent for caucuses, 20 percent for affiliated unions, and 40 percent for party members.

This process has been done twice. In 2013, it resulted in the election of David Cunliffe as leader. He was endorsed by only a third of the caucus, but members and unions strongly supported him. Cunliffe led Labor to a sad defeat in the 2014 general election with 25 percent of the vote.

Following his resignation, Andrew Little won the next internal primary, narrowly defeating Grant Robertson in a third round of preferences thanks to strong union support for Little. It was Little, backed by the caucus, who convinced Ardern to take the reins in 2017.

Therefore, on past performance, the primaries have not delivered the most effective party leadership. The new amended rule does not repeal the whole party election, however, it only allows the caucus to change leaders without it if two-thirds or more are in favor.

The party has now given back to the caucus the power to decide who leads the parliament, which can sometimes decide who will be the prime minister.

However, given his electoral success, why the hell would Ardern retire (much less get fired) as leader? One can only speculate, but that hasn’t stopped comparisons being made with former national prime minister John Key, who unexpectedly resigned in December 2016.

Key’s situation differs from Ardern’s, but he does suggest that quitting midterm may not do his party any favors. In the 2017 elections, National won the most seats, but was unable to form a government.

The tough decisions made by Ardern to effectively deal with the pandemic are compromising his Social Democratic ideals and his ethics of kindness, empathy and inclusion.

As emotional and financial costs and social divisions accumulate daily in people’s lives, many turn their anger and frustration on the country’s leader. On the other hand, a sudden relaxation of restrictions and an increase in cases would also produce a public reaction and cause the most harm to Maori.

The state has the obligation and legal powers to protect the population from deadly diseases. But there is no simple or popular way to balance public health, economic, and political risks right now.

These tensions could become so apparent that renewed leadership is necessary in the interests of the party’s future electoral chances. Opinion polls suggest there is no need for that, yet. In the meantime, there is a pandemic to deal with, and the next election is in late 2023.

Thinking with optimism, when the pandemic subsides, surely Ardern would want to take the credit. Either way, he has said with typical political caution that, for the moment at least, “I have no plans to change what I am doing.”

* Grant Duncan is Associate Professor in the School of People, Environment and Planning at Massey University.