The Christchurch mosque terrorist says he pleaded guilty to the murder of 51 people last year due to the inhuman and degrading treatment he experienced while awaiting trial. 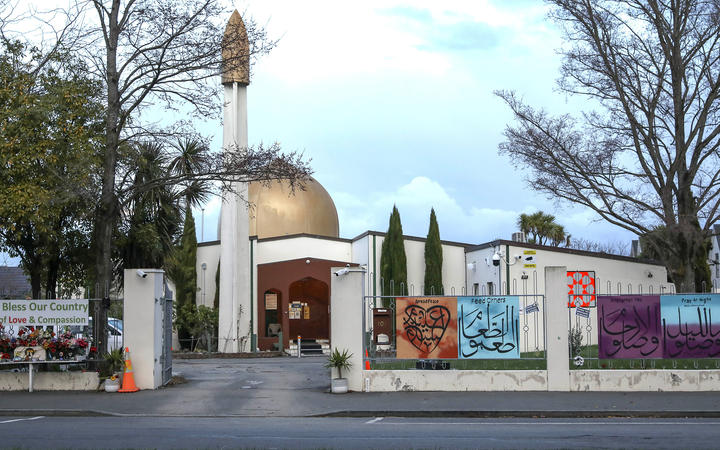 Brenton Tarrant’s attorney, Dr. Tony Ellis, made the claim on his behalf in a memo to Chief Coroner Deborah Marshall prior to the Coronial Investigation into the mass murder.

The attacker was sentenced to life in prison without the possibility of parole in August last year.

Tony Ellis has recently become the gunman’s attorney, prior to a coroner’s investigation.

In the memo, Ellis said the Department of Corrections had withheld important documents from the terrorist, and that the mosque attacker also believed his right to a fair trial was compromised.

Under Tarrant’s instructions, Ellis said the attacker said his guilty pleas were obtained by “duress” and that the conditions under which he pleaded should be taken into account.

Ellis said it could be a violation of the Bill of Rights because he was “subjected to inhuman or degrading treatment while in pretrial detention, which prevented a fair trial.”

“He sent me about 15 pages of narrative of how he had been treated since he was in prison,” Ellis said.

“He said because of how they treated him while awaiting trial and after, [that affected] his willingness to continue and decided that the easiest way out was to plead guilty. “

“By this, he means that he was subjected to inhuman or degrading treatment while in preventive detention, which prevented a fair trial.”

In the memo, Ellis also raised his lack of access to an attorney, information and documentation, which would affect his ability to participate in the Coronial Investigation.

“As he is being held virtually in solitary confinement 24 hours a day in the Unit for Persons at Exceptional Risk, problems arise in terms of receiving information, and he only has limited access to the daily news.”

The chief coroner had written directly to the inmate, informing her of his decision to conduct a coronary investigation, but those letters were not transmitted, Ellis said.

The attacker had also been sent two copies of the Royal Commission, which the department denied him.

Without access to those documents, he informed his lawyer that he could not give detailed instructions before any procedure.

The memo also highlighted the fact that the chief coroner did not use the attacker’s name in the coroner’s record in relation to the scope of the investigation, referring only to him as “The individual.”

Ellis argued that it was a “serious violation of human rights” and that the “behavior is deeply offensive and illegal” because he was no longer treated as a human being.

“Tarrant is no longer a suspect, but a convicted criminal in custody; despite his horrible crimes, that part of his legal life is over.

“He has been tried and sentenced and has the right to be treated like a human being.”

Ellis said he also had the right to be treated with respect and dignity despite his crimes, as set out in the Bill of Rights Act.

“It is not at all worthy of your name to be stripped, it is an inherent part of your identity and it shows no respect for Mr. Tarrant.

“It is very important that Mr. Tarrant is not dehumanized, especially by judicial officials.”

Ellis said the chief coroner should apologize for the decision to name him only as the individual.

However, in a letter to Ellis, Judge Deborah Marshall said she did not agree that using such terminology was a “serious violation of human rights” nor was it relevant to the scope of the investigation.

Ellis said he was aware of the great anguish that his right to appeal could cause the families of the victims and many sectors of society.

“However, complying with the client’s instructions is the duty of every lawyer, and although this case is probably the pinnacle of professional difficulty, every accused or convicted person has the right to exercise their right of access to the Court.”

Tarrant’s attorney and the chief coroner are meeting next month.

Ellis said he had advised his client to appeal his sentence of life in prison without the possibility of parole, because it is what is called a “hopeless sentence.”

He said that was a violation of the Bill of Rights.

Ellis said he had spoken to the shooter about it and was considering it.