The migrants are selling their belongings, begging for money and living in garages after losing their jobs during the lockdown.

A mother with a two-month-old baby burst into tears as she described her family’s nightmare waiting for a visa to arrive.

“I’m selling all my stuff on the Facebook marketplace so I have money to buy diapers and formula for my baby and then I asked the food bank for a donation to have food,” said Tarri, who arrived from the Philippines in 2010.

“This is not supposed to happen because my husband and I have a good salary. We are both working, we are not lazy, I cannot believe it.”

Their daughter was a girl when they arrived and is now 15 years old.

“I also feel sorry for my daughter because, you know, she came here when she was three years old. She studied here from kindy and knows the culture of New Zealand, not mine,” he said.

“But I told my daughter, you know, ‘we did our best, we did our best. I said, you saw dad study hard while he was working. And you know I’m working hard, not like an easy job. But it didn’t work out, very sorry ‘”.

Her husband is an electrical engineer and his company needs him back. She said she was embarrassed to be asking for food and money.

“We came here to work, you know, not for benefits, that’s for the locals. You have to live on your own. But I know for myself, we deserve it because we have been here so long, we have worked, my husband paid big Tuition fees and I’m just asking for a little help. I’m not asking for help forever, just while we’re waiting for the result of our visa. “

Migrant Action Trust manager Amie Maga said the government had introduced an emergency benefit for migrants, but that it expired at the end of August, just two weeks after the last outbreak.

Because of their experience and the community groups they work with, hundreds of foreign workers and international students are unable to work while waiting for visas or have lost their jobs during the latest Covid outbreak.

They want a temporary benefit returned to them, to help migrants recover until their visa arrives or the lockdown ends.

“We really hope that they will open up and consider using available funds, not only for repatriation, but also for migrants in distress. It is really unfortunate that the emergency benefit was cut in August, just when migrants needed it most. It is a really difficult time for them. Some live in garages. “ 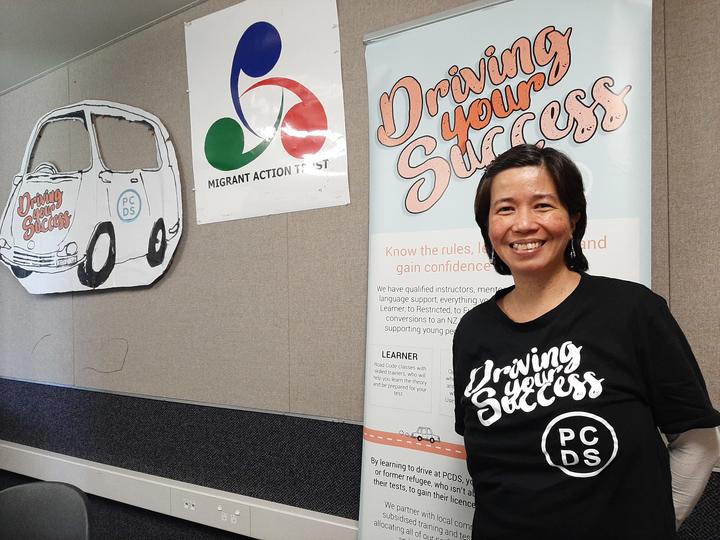 Their work is not funded by the government and, while supported by a philanthropic grant, it is not enough to help all migrants who would need it.

Arun had been without income for three months while waiting for a visa to start a new job.

“For six years, I work, work, work, every day, for the last three or four months due to the confinement, I am sitting at home waiting for the visa. I have no money, the community trusts people. Helping with purchases and some bill payments.

“Fortunately, my wife has a student visa and is doing a part-time job with $ 300, but for $ 300 we cannot survive. It is very difficult for migrants who wait for a visa for a long time. The government has to look for them. migrants, they are helping the whole country, paying the right taxes, we too are front-line workers. “

He’s one of the lucky ones, getting his visa this week, but another 1,200 are awaiting essential skills visa applications filed before closing.

The community trust that had helped him said it had cut its funding, he said.

Social Development Minister Carmel Sepuloni said the emergency benefit was only a short-term measure to help people before they could return home, such as temporary workers from the Pacific. Only 60 to 80 people were on the benefit when it ended in August.

“If there were or are organizations that are providing support to our communities in the form of support for difficulties of this nature and they do not receive support to do so, then I would certainly want to know who they were,” he said.

“I understand they received support from MSD, some directly, others through the New Zealand food distribution network.”

Last year, the local civil defense delivered rations to migrants, and later a government and Red Cross plan helped 11,000 people. By May this year, the government had spent $ 112,000 of a $ 900,000 allocation to repatriate migrants who could not afford plane tickets to return to their home countries.

Immigration New Zealand said in a statement that it expedited the process to renew essential skills visas in July.

“This means that if a person wants to extend their Essential Skills visa, they can do so if they stay with their current employer, in the same position and in the same location,” said their general manager of borders and visas, Nicola Hogg.

“The employer will no longer need to meet a labor market test, and applicants and employers can make statements rather than provide evidence to show that the requirements are met.

“As alert levels drop, some staff will be at most New Zealand Immigration offices receiving and processing priority temporary visa application categories. Please expect some delays.

“Most of our staff continue to work remotely and focus on processing online applications, such as Essential Skills visas. We strongly encourage applicants to use online channels when available.”