Only a quarter of the safety and quality assurance tests required under the contract to build Transmission Gully have been passed, as the opening date of the road refuses to specify. 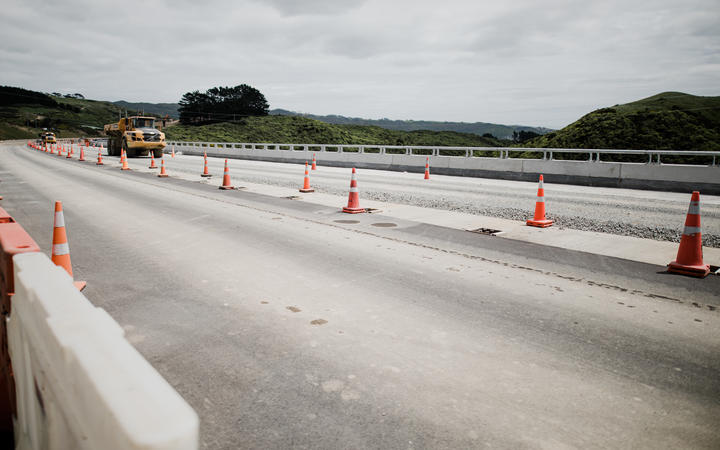 Transmission Gully about a year ago. The completion of the road has been delayed several times.
Photo: RNZ / Dom Thomas

The Transportation Agency wanted the 27 km highway to open by Christmas, but was not sure its contractor would be able to cross the line, and today released more information about the work that still needs to be done.

“There are 100 safety and quality assurance tests that the contract stipulates must be met before the road can be opened. As of October 29, 2021, 37 final submissions have been received from the builder, of which 25 have been accepted by the independent reviewer as meeting the required specifications.

“21 pieces of evidence have yet to be presented and 42 have only been partially presented.”

However, he said some of the tests could not be completed until construction of the road, which was “closed”, had been completed.

“Some may be 90 percent, but they haven’t been approved yet, so that’s not counted. So taking the number as a percentage doesn’t reflect the amount of work and how close they are to completing it.”

There were also 47 consent tasks that the Wellington Gateway Partnership (WGP) contractor and the builder, joint venture CPB HEB, had to complete in order for the road to meet contractual opening requirements.

“Although 45 of these consent tasks are ongoing and have been progressed to varying degrees, only three had been fully completed as of October 29, 2021. The remaining 44 tasks will require approval from the Greater Wellington Regional Council and / or the relevant territorial authorities. “

Gliddon said Waka Kotahi was now in the middle of trade negotiations about how much they would have to shell out for the delays, which were beyond the contractors’ control.

“So because Covid, in the contract, because in essence it is a force majeure event … that is a risk for us, not for them. That has added costs to the delivery of the project for all parties and also means that they have He had a delay in time.

“So we are agreeing what those costs are for the Covid part, not for the construction of the road base, and it is an agreement that is made with the three parties.”

He said that Waka Kotahi would be monitoring CPB HEB very closely.

“We will provide regular updates over the next several weeks so that people know how work is being tracked and understand the scale and complexity of the requirements that need to be met.

“We hope to announce in mid-December whether the road will open before Christmas or not.”

Gliddon said Waka Kotahi had tried to ensure that as many resources as possible were on the road as of late.

“We had to reorganize our program to ensure that resources were focused on TG.”

However, he said the agency’s other projects were not interrupted because of this.

The highway was being built under a public-private partnership (PPP) model, and WGP had outsourced construction to CPB HEB to carry out the design and construction of the highway, and Ventia to operate and maintain the highway for 25 years. .

After this time, the responsibility would pass to Waka Kotahi.

Transmission Gully is New Zealand’s first transportation infrastructure project to be delivered under this model. The project has not been smooth sailing.

It also had to deal with stretches of road that needed to be repaired, following mistakes and legal actions that will continue for years to come.

Gliddon said that whether more transportation projects would use a PPP would be a government decision.

“The construction itself, it is an incredible feat of engineering and we have also had a lot of problems along the way and it is a challenge to manage a Covid type event with closures due to trade agreements … It is a challenge for all of our jobs, but it has been particularly challenging for the PPP. “