A major deforestation deal was announced at the end of the first day of the COP26 leaders’ summit, where major polluters made new commitments, but with substantial caveats. 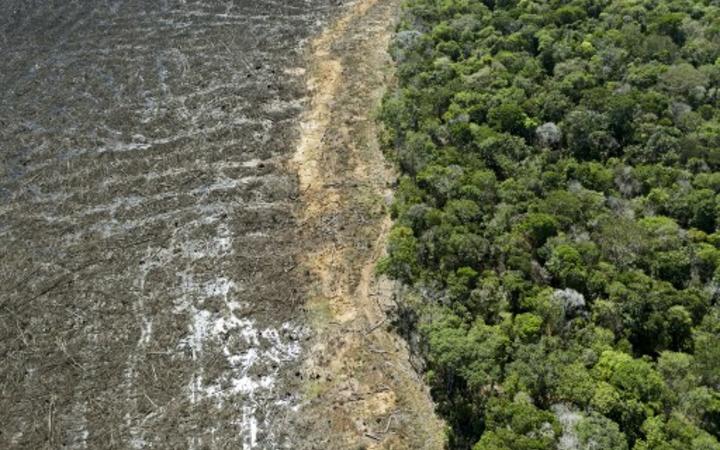 The first day of the two-day leaders’ summit at the COP26 climate summit has ended with the big polluters making new commitments but with substantial caveats.

Here’s a rundown of some of the main developments from the first official day of COP26.

The first major agreement reached at the climate change conference is a group of 100 world leaders, including the United Kingdom, the United States and China, who promise to halt deforestation by 2030.

It is backed by $ 19 billion (NZ $ 26.5 billion) in public and private funds to invest in protecting and restoring forests.

The joint statement was endorsed by Brazil, Indonesia and the Democratic Republic of the Congo, which collectively account for 85 percent of the world’s forests.

A number of additional government and private initiatives will be launched to help achieve that goal, including billions in pledges for indigenous stewards of forests and sustainable agriculture.

Brazil said it would reduce its greenhouse gas emissions by 50 percent by 2030, increasing a previous promise, and that it would end illegal deforestation by 2028.

But because the cuts are measured from a new benchmark year (2005), the Climate Observatory’s advocacy group said the new promise was even weaker than the 43 percent commitment made before the president. Jair Bolsonaro came to power, which means that Brazil had not actually increased its ambition. 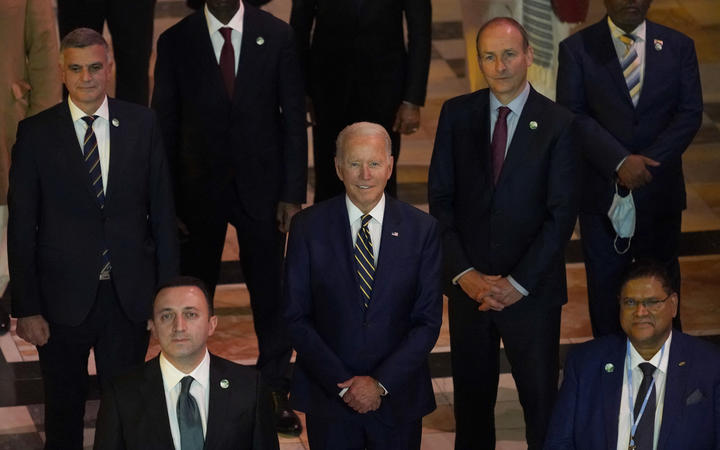 United States President Joe Biden (center) joins other world leaders as they pose for a group photo at an evening reception to mark the opening day of COP26.
Photo: AFP

The United States Reiterates Its Commitment, But Has No Votes For A Major Climate Bill

US President Joe Biden reiterated an earlier promise to cut emissions in half by 2030, despite lacking domestic support to deliver on the promise.

The White House has expressed confidence that it can achieve that, even as a bill that would help advance those goals languishes in Congress, with a key senator on Monday withholding his support, for now.

India has set a goal of 2070 to achieve net zero carbon emissions, but that is 20 years beyond the UN global recommendation.

Its leader Narendra Modi pointed out that his country contained 17 percent of the world’s population, but was responsible for only 5 percent of global emissions.

India is the third largest emitter of greenhouse gases in the world after China and the United States.

The United States, Britain, the EU and New Zealand have set a target date of 2050 to reach net zero.

On the other hand, China has not made any major new commitments on climate change at the conference.

The G20 does not achieve any climate progress

At a weekend meeting in Rome, the G20 nations failed to agree to halt net carbon emissions by 2050, undermining one of the main goals of COP26.

Instead, they only recognized “the key importance” of doing so “by or around mid-century,” and did not set a timetable for phasing out domestic coal power, a major cause of carbon emissions.

The G20 is responsible for around 80 percent of greenhouse gases globally.