A commercial airline pilot accused of risking killing all his passengers won a scathing court ruling against the Civil Aviation Authority. 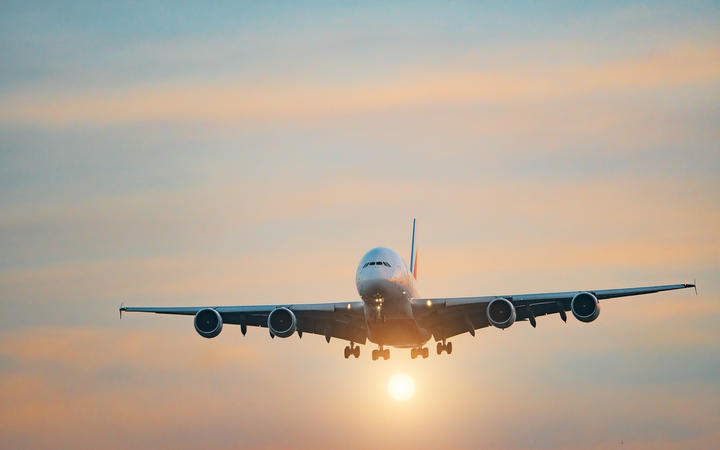 The judge says the Crown regulator may have been “prepared to overreact” when he banned Graham Lindsay, while suggesting he was a narcissist and stalker.

Lindsay was subjected to medical checks and later punished during a period of turmoil at the CAA.

Judge Tompkins’ ruling said the CAA had no reason to do this.

The agency director, acting through its chief medical officer, “was overzealous and incorrect in his wrong and unsubstantiated view that Mr. Lindsay constituted a threat to aviation security.”

CAA says it accepts the judge’s criticism and that there were “clear deficiencies.”

Lindsay told RNZ that it had taken her five years to clear her name, but “it was worth it.”

Now 63, he was a senior captain flying for Cathay Pacific in Hong Kong when the CAA received an accusation: that he was mentally unstable.

Initially anonymous, it said “that he posed a risk of deliberately crashing his plane and committing suicide, his crew and all his passengers,” said a Wellington District Court ruling.

It turned out that his accuser was his ex-wife’s husband, who had been through a bitter breakup with Lindsay.

Several medical experts evaluated Lindsay. But CAA did not tell two of them who the informant was; when they found out later, they questioned the validity of the accusation.

Chief Medical Officer Dougal Watson was also cautious at first, but within a week he suspended Lindsay’s medical certificates anyway.

The CAA put him under medical surveillance for two years.

No security problems arose, however, in May 2018, the authority doubled down and prohibited him from carrying passengers.

“For the first time in his long career, Mr. Lindsay was unable to continue commercial flights,” the judge said.

The ban was lifted in a few months.

But Lindsay didn’t let him lie.

In his appeal earlier this year, he broke in court over the impacts on him, according to media reports.

Five years later, he has “been totally successful,” the judge said.

Homicide-suicide flights are unusual – there have only been 18 cases in history with 732 deaths.

One example was in 2015, when a suicide copilot killed 150 people in an accident in France.

Watson that same year made a presentation to a local medical aviation group about that accident and in April 2016 wrote about risks in an international magazine.

A month later, the indictment against Lindsay landed.

“The timing of this document’s publication … at least suggests the possibility that Dr. Watson was prepared to overreact to Mr. Lindsay’s case,” the judge said.

CAA has always argued that it was fulfilling its primary duty to passenger safety to respond as it did.

But the judge said the director used Lindsay’s frustrations with what was happening to make “adverse decisions not based on facts” about her physical condition.

The principal was Graeme Harris, who retired last year shortly after an investigation found CAA had a toxic culture of bullying for years.

The court’s ruling shows that CAA barely checked with anyone else about Lindsay’s background.

Other pilots had described it as “exceptional”, “loyal, trustworthy and safe”.

On the contrary, shortly after aviation authorities in Hong Kong were alerted, they moved quickly to reinstate Lindsay. This should have given CAA a great pause to think, but it didn’t, the judge said.

Watson had discussed this with Kenedi, who said that Lindsay probably had a “narcissistic personality structure.”

Another blow to Lindsay was Watson’s claim that her behavior toward CAA staff showed that she had impaired judgment under stress.

He later said that Lindsay could be “stalking” him at industry conferences.

“I’m a little concerned that that pilot is turning into some kind of stalker,” he emailed Kenedi in October 2017.

He also told his colleagues this.

The judge called this unreasonable, biased and “somewhat selfish.”

His concerns were “inappropriately elevated to such a level that he began to have unfounded concerns for his safety.”

Watson spoke about the personal alarms and Lindsay’s photo was turned over to the CAA front desk so they could identify him.

Meanwhile, Lindsay was getting upset, protesting emails that she said showed CAA staff were discussing private personal details about him.

The strength of the sanctions contrasts with the subjectivity of the assessments.

“It seems likely that Dr. Watson and Dr. Kenedi were subject to confirmation bias when it came to Mr. Lindsay. This led them to adopt various negative and unreasonable interpretations of Mr. Lindsay’s actions and behaviors,” said the judge.

CAA revoked the passenger ban in November 2018, although there were no changes in Lindsay’s personality, according to reports from another doctor.

“The only thing that seemed to change … was [the] (mis) interpretation of Mr. Lindsay’s conduct. “

Other pilots and the wider industry told RNZ they are watching if CAA appeals the ruling under its new CEO.

Dr. Kenedi told RNZ that he could not comment because it was about private medical information and the CAA’s right to appeal.

For now, the only way to challenge the CAA was through the courts, Chief Executive Officer John Nicholson said.

“Any action the CAA takes can have an impact on a driver’s career. Therefore, it is vitally important that what it does is open and transparent,” he said.

But legal action was expensive and left “complex aviation issues” for non-experts to consider.

Your organization has submitted a submission to the new Civil Aviation Bill that is in Parliament for the select committee to consider legislating for a court.

He was “disappointed that it’s not in the current bill,” Nicholson said.

New CAA CEO Keith Manch said the decisions around Lindsay “clearly did not meet the standards to which we are committed and that I expect from our regulatory decision maker.”

But he was confident that his decision-making processes around medical certification were now “sound.”

“The vast majority of our medical regulatory decisions stand up when reviewed,” Manch said in a statement to RNZ.

The case would be incorporated into the “work we have underway with the industry (through the Airline Pilots Association) to look at ways we can improve the regulatory framework and our practices regarding medical certification.”