Almost three months after a fishing boat ran aground on the west coast, a complex salvage operation was completed to recover potential contaminants. 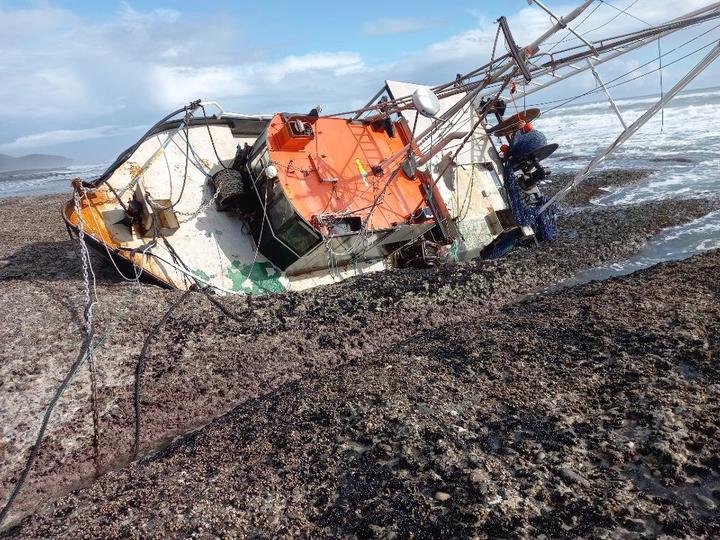 The fishing vessel FV Mistral ran aground at Kaihoka Point near Farewell Spit on the top of the South Island in July, with concerns that heavy oil, hydraulic fluid and diesel fuel could contaminate the remote shoreline.
Photo: Supplied / Tasmania District Council

In the early hours of July 14, the captain of FV Mistral issued a distress call, having gotten into trouble on the west coast near Farewell Spit on the top of the South Island.

The wet and uninjured captain was airlifted to safety in the early hours of the morning by the Nelson Marlborough rescue helicopter.

There were concerns that heavy oil, hydraulic fluid, and diesel fuel could leak out of the ship and contaminate the remote shoreline, but the Mistral was upright and in relatively good condition.

As scene commander, Humphries was responsible for ensuring that potential contamination was contained, but as the weather deteriorated, salvage had to be called off.

“We had to get the team out of the spill and let the local farmer monitor the situation for us.”

Humphries said that after discussions with the insurance company, full recovery of the ship was deemed too costly and nearly impossible. 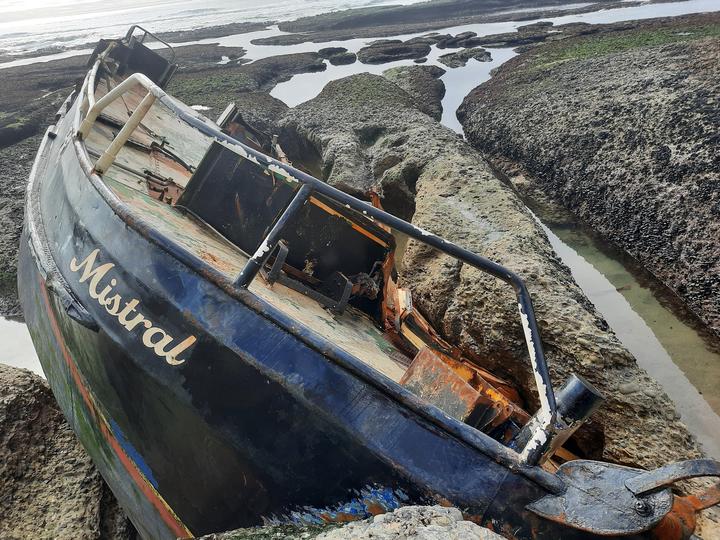 It took almost three months to rescue the hazardous material from the remote site of the wreck, which was a two-kilometer quad bike ride from the nearest track and then a 70-meter cliff.
Photo: Supplied / Tasmania District Council

Access to the wreck site was extremely difficult and involved a two-kilometer quad bike ride from the nearest track, then a 70-meter cliff climb.

“We settled on a plan to use helicopters to retrieve the hazardous debris, however this could only be done when the tides were right. We had a two hour window on each side of low tide to get the job done safely. “.

The first clear weather window was 10 days after grounding.

Seven planned missions were thwarted by bad weather, but three were successful.

“We flew on specialized pumping equipment and water was drawn from the hull, then more than 200 liters of heavy oil and hydraulic fluid were drained from the tanks in the wreck and removed without incident.”

During the next two successful helicopter missions, around eight tons of navigational hazards were removed from the Mistral.

Fortunately, there was no apparent environmental impact, and despite the extreme working conditions, there were no injuries.

The cost of recovery reached about $ 50,000 and was covered by the insurance company.

Humphries said that while the Tasmania District Council took the lead, the operation drew on the experience, guidance and cooperation of numerous agencies and individuals.