A call to manage a deer population on private land in Nelson has led to the donation of venison to a food rescue program. 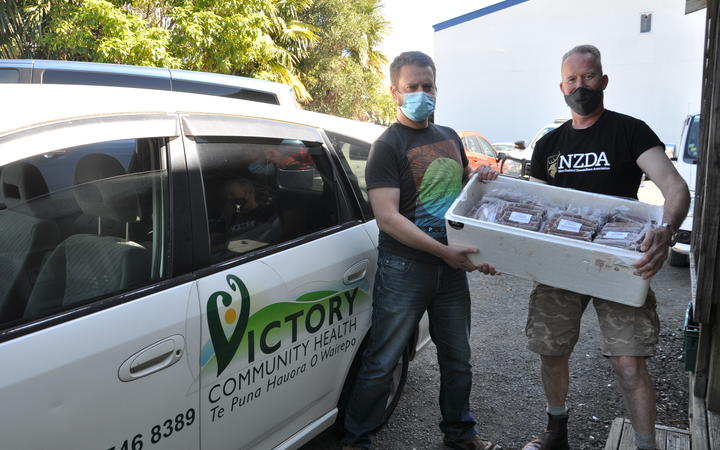 David Haynes, a committee member for the Nelson branch of the New Zealand Deerstalkers Association, said a managed hunt was conducted to sustainably manage the number of animals on a recreational property at the request of the owners.

“They came to Nelson Deerstalkers to tell them that they are having a problem with some pigs tearing up the ground and damaging some tracks there along with other animals and they asked us if we could go in and try to manage those two more sustainable levels.” 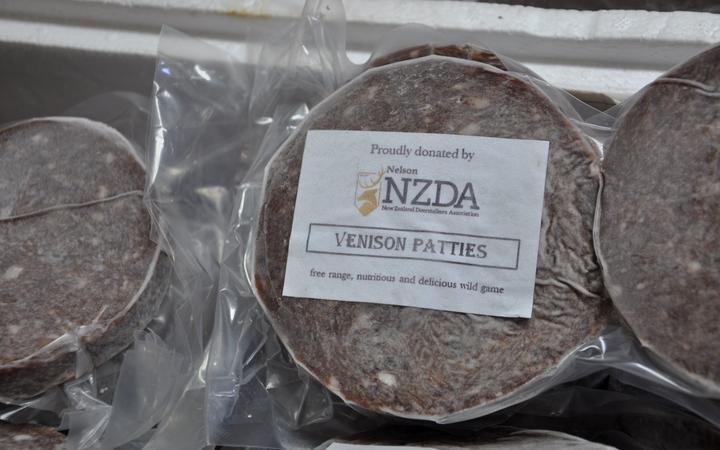 The branch president, Greg Couper, and the committee member, Carina Jackson, slaughtered the deer along with the goats and pigs.

Haynes said hunters often shared meat with family and friends, but in this case, they decided to process it into patties and sausages to donate to Kai Rescue.

More than 60 packages of meat were donated to the charity, which would then be delivered to those in need.

“Every piece of those animals was used, so it is eaten from nose to tail and there is no waste.” 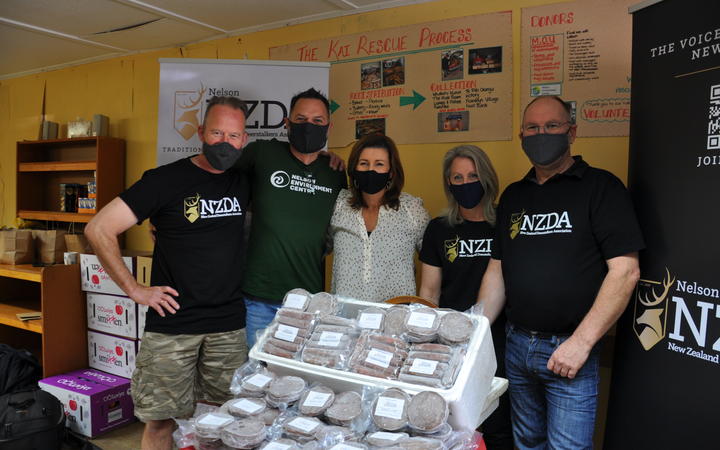 Haynes said game animals are a valuable resource for New Zealanders and that a single deer could feed about 100 people.

“The whole concept of someone going out and considering it cold and laying it down dead is absolutely abominable, so here is a small example of something really positive that we can do with our game animals now and in the future.

“This is the first time we have connected with a community organization that saves food and I hope it is not the last.”

Nelson Environment Center Executive Director Anton Drazevic said the organization had not received a donation of venison since its inception four years ago and, while it regularly received bread, fruits and vegetables, donations of meat products were rare. 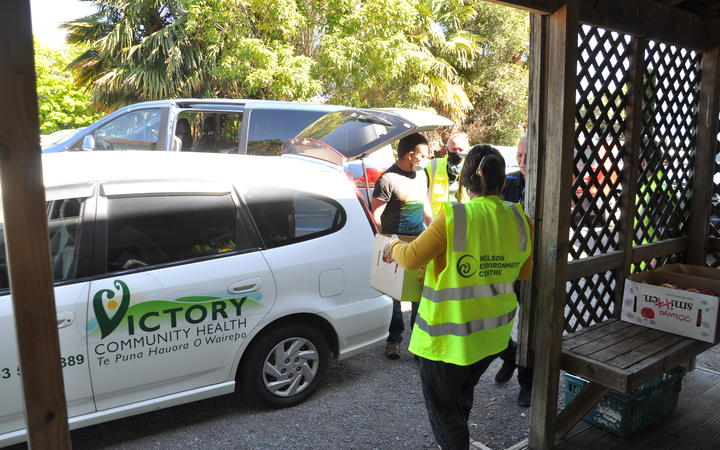 Kai Rescue has saved food that would have otherwise gone to waste and distributed it to charities like Victory Community Center in Nelson.
Photo: RNZ / Samantha Gee

The Kai Rescue program focuses on redirecting food waste from landfills and receives food from supermarkets and local producers that cannot be sold.

It is then distributed to more than 60 charities in the region, including the Salvation Army, Victory Community Center, Barnados, and the Women’s and Children’s Shelter.

“Every ton of food waste that goes to landfill generates two tons of greenhouse gas emissions, so anything we can do to recover food and redirect it to those who need it most benefits not only the environment but also the our community “.

Drazevic said it was an “incredible opportunity” to be able to partner with the NZDA and redistribute the deer to those who needed it most.