By Daisy Hudson of

A new Covid-19 tiering system that could lead to a loosening of restrictions on the South Island before the rest of the country has generated cautious optimism. 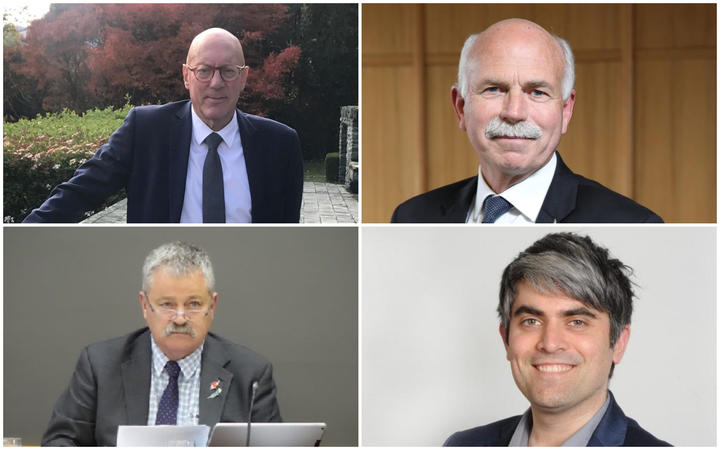 Prime Minister Jacinda Ardern announced yesterday the new traffic light system to replace the current system of alert levels, which is likely to mean the end of national roadblocks.

It has red, orange and green settings based on the spread of Covid and the pressure on the healthcare system.

The new system will begin once district boards of health have 90 percent of their eligible populations fully vaccinated.

Ardern also noted that the Cabinet would be willing to move the South Island to the early orange level, once all areas of its health board hit that goal.

Companies will be able to operate at each level with different levels of restrictions, and vaccination certificates will become an important part of access to hotel companies, retailers, events and public facilities.

The new system was well received by many in the business community, but there were still concerns about the lack of clarity about the timelines for easing restrictions. 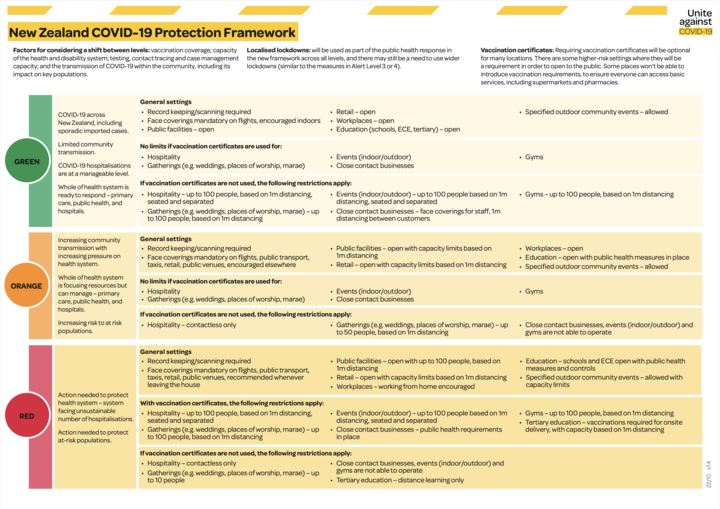 Hamish Brown, leader of the Southern DHB Covid-19 vaccination program, said the goal was to vaccinate at least 90 percent of the eligible population for Christmas.

With fewer than 11,000 people before reaching that goal, he was making good progress, he said.

As of yesterday, 87.4 percent of the eligible population had at least one dose and 72.4 percent were fully vaccinated.

“The more people are vaccinated, the better our communities will be protected, so we hope this number will be as high as possible.”

A new government fund of $ 120 million has also been established to help raise vaccination rates for Maori.

In the southern district, 71.3 percent of Maori have received at least one dose and 53.2 percent are fully vaccinated.

“We welcome all support to reach out to our vulnerable Maori communities and we will see what the additional funding could mean for our efforts in the south,” said Brown.

Dunedin Mayor Aaron Hawkins said being able to live with relatively few restrictions once the vaccine goal is reached would be great for the collective well-being of the community.

He believed there was also a moral obligation to ensure that the 90 percent vaccination rate was evenly distributed among communities, whether by age, neighborhood, or ethnicity.

The objective had to be “a floor and not a ceiling”.

“It is the absolute minimum that we need, not only in terms of meeting the goals that the government has set today, but also to make sure we limit the risk to public health.”

Southland Mayor Gary Tong said that people needed to accept that Covid-19 was probably here to stay and that they had to do everything possible to protect themselves and others.

“There will be those who do not want to protect themselves and their world will shrink around them,” he said.

He was hopeful that the South could meet the 90 percent target. He and Gore Mayor Tracy Hicks would take their caravans and DHB vaccinators to more remote parts of Southland to help people get vaccinated.

He believed that any movement for people to travel and move around their communities would also be welcomed by businesses.

For Queenstown Lakes Mayor Jim Boult, it was good that the traffic light system encouraged more people to get vaccinated.

But he was concerned about how realistic it was to expect each health board to reach the 90 percent goal.

“I just don’t think we’re going to get there,” he said.

“There could be a small pocket that doesn’t and we keep what we have.”

Philip Wheble, West Coast DHB senior officer responsible for the Covid-19 response, said he hoped that Coast GPs and pharmacies would be able to vaccinate people early in the new year.

Both DHB and Poutini Waiora staff had been phoning people who had not participated in the program to invite them to get vaccinated.

“We are working with our health system partners to reduce as many barriers as possible to allow the remaining 6,000 eligible West Coasters to be vaccinated.”

Wheble said Coast’s vaccination rates were proportionally lower among youth (12-19 years) and younger adults (19-24 years). He believed that was in part because the launch initially focused on older people.

There were 2,902,031 people fully vaccinated as of yesterday, 69 percent of the eligible population.

This article was originally published by the Otago Daily Times.