Robertson and Chief Health Officer Ashley Bloomfield have revealed the latest on the government’s response to the Delta outbreak. 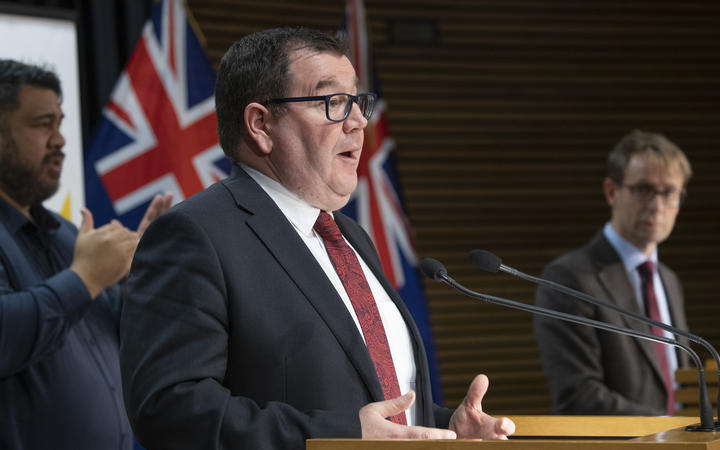 Dr. Bloomfield said that on the current trajectory there could be up to 180 cases per day within two to three weeks. He said the number of these cases that end up in the hospital will depend on how many have been vaccinated.

He said the latest model showed that there were not a large number of undetected cases, and the numbers that were found were as expected.

“Our feeling right now is that we are finding most of the cases.”

Robertson said watching the ups and downs of daily numbers can be an “emotional rollercoaster.”

“We can expect to see an increase in the number of cases. We still want to keep them under control and we are working hard to do so and we thank the locals of Auckland for their cooperation in doing so. Keeping track of the number of cases is important to reduce admissions and reducing the pressure on our healthcare system, the case numbers themselves are not the only measure we should use to assess the severity of the outbreak. “

He said it was estimated that in the future 90 percent of Covid-19 cases will be able to be treated at home, but the vaccine remains the key to keeping people and communities safe.

“We are in a strong position, but we must take advantage of that and see more people vaccinated.”

Health Minister Andrew Little says that anyone with Covid-19 in New Zealand will be cared for and around 14,000 additional nurses have been trained to work in an intensive care unit. More workers would join the system in about a month after MIQ rooms were reserved for them to enter the country.

Dr Bloomfield said authorities would not allow New Zealand hospitals to get into a position where they are overwhelmed.

Robertson said there was a difference between how pressure is managed in the system and whether it is manageable or not.

“And we think it’s manageable, but as we get to more cases, particularly more hospitalizations, hospitals have to start managing their resources and that’s the process that they have been planning, for some time. “

When asked if the spike in cases today will lead to a change in the decision to allow 11-13 year olds to go back to school in Auckland on Tuesday, Dr Bloomfield said more advice will be offered to the government on this over the weekend.