New Zealand filmmaker Jane Campion is on a winning streak in Europe, celebrating her second film grand prize in just over a month. 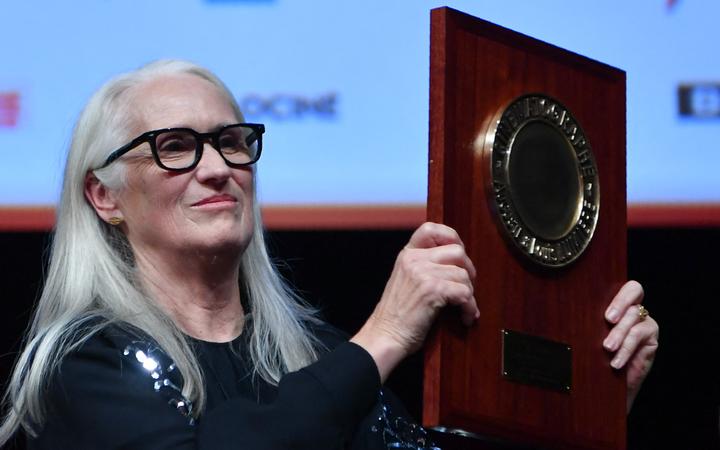 Just won the Silver Lion for best director at the Venice Film Festival in September, the 67-year-old actor has been awarded one of France’s top film prizes, the Lumière Prize.

The award, dubbed the ‘Nobel Film Prize’, was presented to an excited Campion at the end of the week-long Lumière film festival in Lyon. The southeastern city was home to the Lumière brothers, who were among the earliest creators of cinema.

There were standing ovations at the festival’s closing ceremony when Campion presented a screening of a ‘restored’ version of his 1993 film. The piano. The film earned her the honor of being the first female director to win a Palme d’Or at the Cannes Film Festival.

“I am really overwhelmed to be a guest at this festival and to be honored. It is unbearably amazing,” she told the massive audience. “It is for you that I do this.” 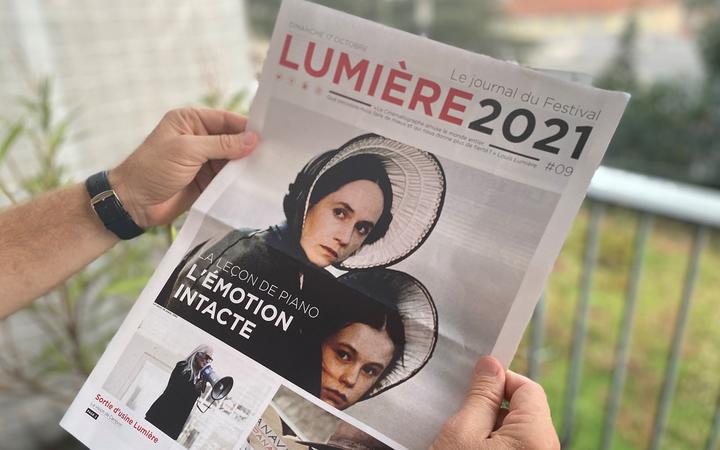 A festival post has a photo of the 1993 film The Piano on its cover.
Photo: RNZ / Seamus Kearney

She continued to pay tribute to those who have worked with her: “It takes great relationships, great friendships, great adventures to make these movies, and it takes wonderful people in the dark (moviegoers) to have a life,” she said. he told the audience.

“And it’s amazing to me that we’re watching a 30-year-old movie here and it’s still alive for people. It’s very moving.”

Campion also paid tribute to the film producer with whom he has often worked closely, Jan Chapman. “She is a wonderful woman who gave me my first job, and you know it was a time when I was not [trusted]. In fact, the director of the film school called her and said ‘don’t give her a job, I have two other very good guys’… His real words to her were ‘don’t hire her, she’s a troublemaker’. Yes, but he didn’t realize that I was also a (movie) lover. “

The New Zealand director showed her typical reserved and uncomplicated nature during the closing ceremony, telling the crowd that she was a “shy extrovert.”

Earlier at the awards ceremony, he joked, “New Zealanders don’t do these things, we don’t feel emotions about ourselves.” She joked that she would be arrested when she got home for “having a big head.”

Campion’s new movie, The power of the dog, which won him the award in Venice, was among a selection of his films screened in Lyon. 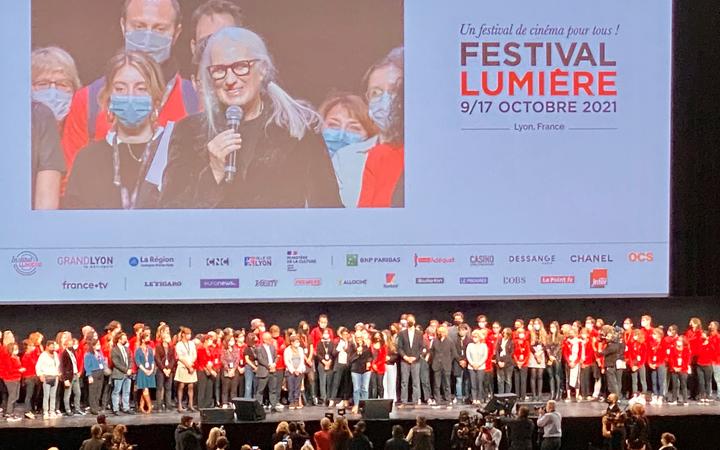 Jane Campion speaks to the audience in Lyon after her victory.
Photo: RNZ / Seamus Kearney

His latest film was made exclusively for mass release on Netflix in December, meaning he was ineligible to participate in the previous Cannes Film Festival, despite the strong affection organizers have for the New Zealand filmmaker. But the film could have been brought to Lyon by the man who runs the Cannes festival, Thierry Frémaux, as he also runs the Lumière event.

Frémaux said at the closing ceremony that The power of the dog, Campion’s first film in 12 years, adds more “glory” to Campion’s reputation and cinematic history. The film has been described as a “haunting western,” starring Benedict Cumberbatch as a sadistic rancher. Shot in New Zealand, the film has already received rave reviews from critics.

The Lumière award was presented this year by French director Julia Ducournau, who is the second female director to follow in Campion’s footsteps and win this year’s top accolade at Cannes. 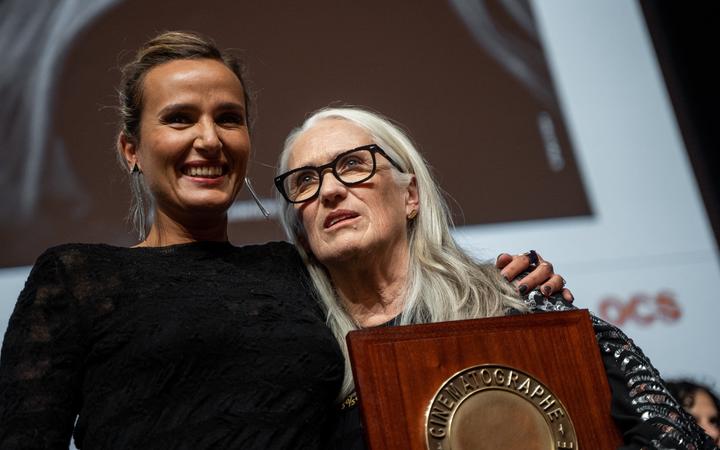