In the midst of the pandemic, the 150th celebration at Larnach Castle faced an unusual dilemma: There were not enough brains. 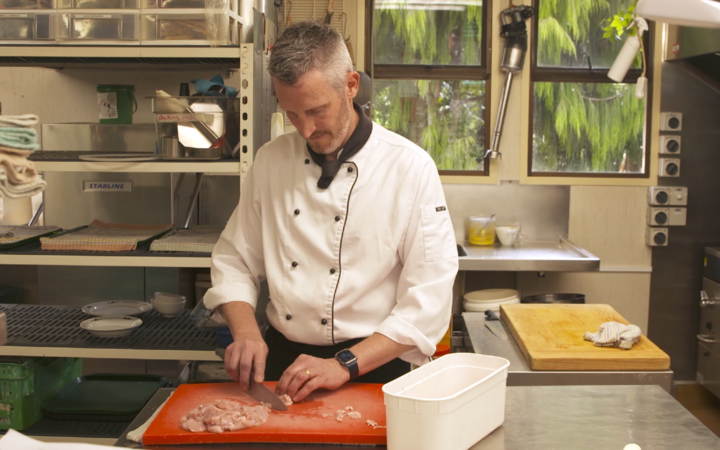 A formal banquet will be held there to mark the milestone based on the menu eaten by his namesake, the politician and businessman William Larnach, in the 1880s.

Perched on the Otago Peninsula with panoramic views from the harbor to Dunedin, Larnach Castle had had a curious history since construction began in 1871.

For the past century and a half, it has served as a family home, a nuns’ vacation retreat, a madhouse, a cabaret, and a signal station, before becoming a visitor attraction.

In the castle kitchen, head chef Hamish Blair was hard at work before the Friday night banquet, preparing a menu that was first served in 1888.

“We are very lucky in that sense, we have modern technology and we don’t have to cook on a charcoal stove because that’s what they probably would have done at the time because there was no electricity in the castle.”

The menu was classic French cuisine, starting with consommé, salmon steaks, and macaroni, before Blair hit a roadblock with lamb brains and tomato sauce.

The brains, fresh or frozen, were nowhere to be found, so he was using lamb gizzards instead: pancreas.

“According to the cookbook, Ms. Beeton’s book, they were first poached and then chilled and then crumbled and then fried to get a texture like chicken liver on the inside. Something soft, a little doughy but a little bit bitten too. “

Main courses of roast beef and turkey, ham, boiled poultry, and lamb would be served on platters garnished with rosemary, sage, and flowers.

While the cooking was simple, with paprika as the only spice mentioned in the recipes, Blair said it was an elaborate presentation. 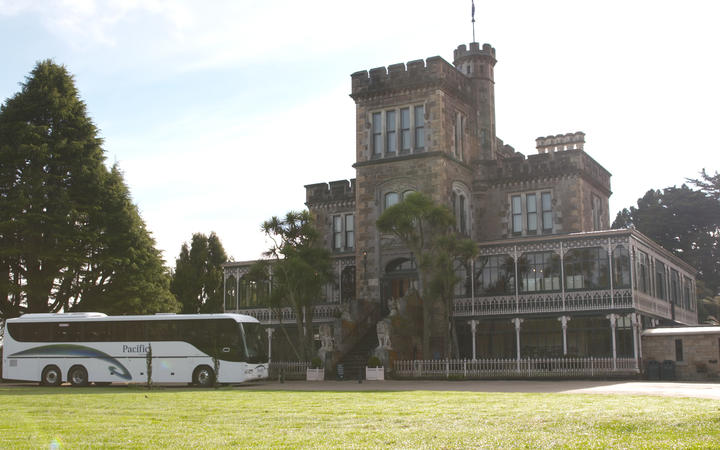 Larnach Castle has been attracting visitors to the region for years.
Photo: Supplied

As for dessert, he has been practicing for weeks shaping red wine jellies with Victorian molds.

“It was pretty hard having to do test batches, get the settings right for the jellies, just things like that.

“Simple techniques, but you have to go through the process of figuring out what works and what doesn’t, and being able to make a jelly mold is quite a technique in itself.” 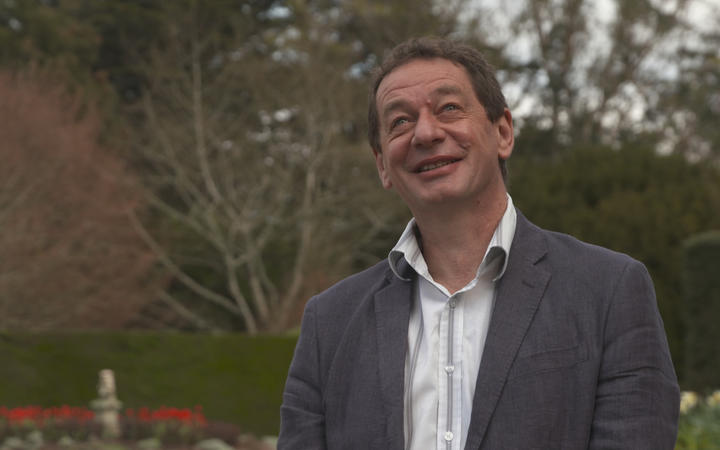 Larnach Castle was essentially a ruin when Norcombe Barker’s parents bought it in 1967 and began restoring it.

As managing director of the castle, he said there was still more work to be done.

“It was pretty bad. I remember when I was a kid, when it rained, it went through the castle. We had to grab pots and pans and run. 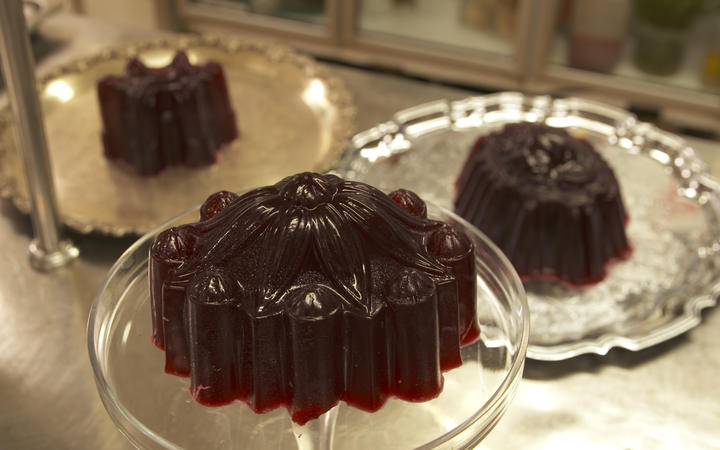 “The ballroom has been used as a sheep pen by the local farmers … They had bad weather because we are 1000 feet up and they put all the cattle in the ballroom so the floor was trashed.

“Time has taken its toll on the building, so structurally it’s reasonably good. We have about 15 years of structural work to do on it, so it’s a work in progress.”

The castle and its grounds have been a thriving business after more than five decades of restoration work.

Hit by a pandemic

But the pandemic hit her hard with the loss of many functions and visitors.

“It’s a pretty tough time and we’re just basically trying to get over it and hopefully in half a year or so it could start to get better. It’s the world right now.”

It made Friday’s celebration even more special as dinner had already been postponed due to Covid-19 once.

It was the history, the stories, and the people that really made the castle iconic, he said.

“There are many descendants of the Larnach, descendants of the Purdies, people who have been involved with the castle for a long time, so it will be a pretty cool night and a lot of people will get together and exchange stories.”

Otago Peninsula Community Board member Lox Kellas has been connected to the castle for generations.

“Well, it goes back a long way. My great-grandfather was the head gardener here. He worked here and had a family of 10 and some family members also worked here.

“My grandfather was the chief of medical order when the castle was used as an asylum for lunatics during the first world war for the mentally disabled and also conscientious objectors.”

He remembered the first time he visited the castle.

“I came here with my father shooting rabbits in the early 1950s. That was before the Barker family took over and the place was destroyed. That was my first visit when I was about six or seven years old.”

His daughter got married here a few years ago, continuing her connection to the castle.

“It has evolved over the years from when it was established to what Larnach’s intentions were. Then of course there was a change over the years, bits and pieces, and the family brought it back to its glory now.

“It has been a spectacular challenge and also good for the city.”

The banquet promised to give guests a taste of the past, but with high hopes for a better future.