South Wairarapa District Council [SWDC] has closed two coastal camps for overnight camping due to a flood risk of one in 100 years. 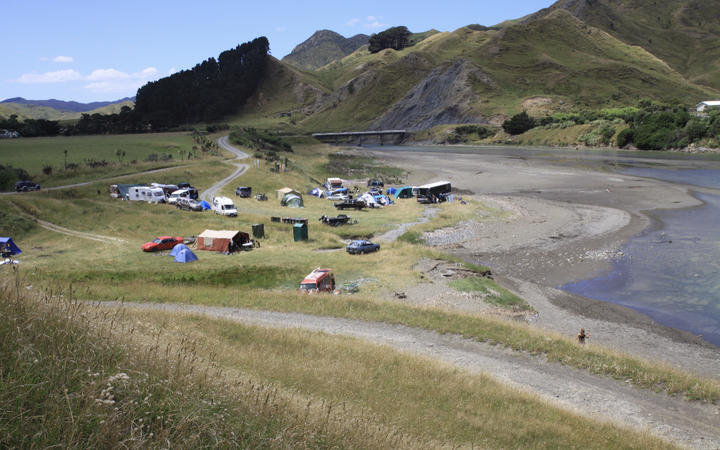 Now, the Martinborough Community Board has requested a copy of the risk assessment report and legal advice used to justify the closures.

The decision followed fierce opposition from residents and risk mitigation solutions raised by community board members.

“I’m not going to get into any other debate,” Wilson said in an email to community board chairman Mel Maynard after making the decision Monday.

“The email I sent him on Thursday night was very clear that he had to show me … that the option to eliminate the risk was not feasible.”

Under the Health and Safety Act of 2015, board CEOs are personally liable for failing to fulfill health and safety duties and can be prosecuted.

The same reasoning was given for the removal of unsafe playground equipment at Masterton last year because it did not meet national playground standards.

In 2018, a popular camp in Piha was closed after an Auckland Council report determined the land was unsafe and said future floods could lead to loss of life.

The Piha closure followed severe flooding in February and April of that year.

Regarding the two council-owned campsites in South Wairarapa, Wilson said people could drown in a flash flood overnight and summer campers could soon be affected.

But residents have argued that flooding rarely occurs at the site and believe that the warning signage currently on the sites is sufficient to mitigate the risk.

Community Board members also suggested risk mitigation strategies and said there was an existing emergency response team, existing weather stations, a possibility of Wi-Fi and cell phone access, and the possibility of installing an alarm system. of emergency.

Board member Aidan Ellims, a former police officer, sent Wilson an operational plan outlining how the council could minimize and mitigate the risk of flooding for freedom campers over the next business weekend.

Ellims volunteered to administer this plan.

But it wasn’t enough to offset the risk, Wilson said.

“The [Health and Safety at Work Act] it imposes a duty and requires me to eliminate the risk to health and safety as much as possible, “Wilson wrote to members of the Martinborough Community Board on Monday.

“In this situation, the risk can be eliminated by prohibiting overnight camping, so the second part of this obligation does not apply” to the extent that it is reasonably practicable. “

“My main obligation is to eliminate risk.”

He said he appreciates the work done by the board, “but his subsequent emails have not answered this fundamental question about de-risking.”

“Therefore, I have decided that the law requires me to eliminate the risk by closing the campsite overnight.”

Maynard responded: “Today I was able to confirm that there is a way to provide Wi-Fi and cell phone services that you said would be the only option you would accept to keep the camps open.”

“The solution you wanted can be done. Please indicate why this is no longer acceptable. If you were never going to accept your own ‘only option’, why have we wasted all these hours? Precious, precious hours!”

Wilson first raised the camp issue publicly at a council meeting in September.

He said he had received urgent information about the Te Awaiti camps that required him, as CEO, to seek legal advice on how to close the camp for overnight camping due to the risk of flooding.

At another council meeting, he revealed that the North Tora camp was also facing closure.

At the Martinborough Community Board meeting on Wednesday, Ellims requested a copy of the legal advice Wilson had received and advice from the local New Zealand government.

“Can we receive that by the end of this week so that we can understand the information you have received?”

Maynard then asked, “Can we, Harry, look at the legal advice you received that means you can no longer take into consideration the options that were discussed Thursday night? [at a previous board meeting]? “

Wilson replied, “Please, I am not trying to make an excuse here, but at the time that legal advice is directed to you, it does not grant privileges and remember that it also relates to my personal responsibility. This is not just responsibility. I just need to review it and make sure it’s safe to put it in the public arena. “

Councilmember Pam Colenso agreed with Wilson’s sentiment, but asked for a deadline on when members would receive a report on the closures.

There was no firm response on this, but board members acknowledged that Wilson was busy with the council’s audit process and also fixing the problem of poorly communicated rate increases.