Some Auckland schools are battling virtual truancy and more than 50 percent of students are off the radar when they return to classes online on Monday. 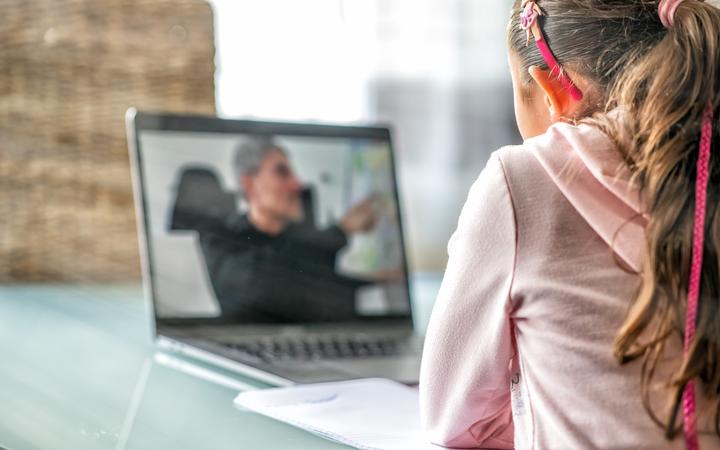 For hundreds of thousands of students in Auckland, next week will see them heading into week 10 of Covid-19 lockdown and strict restrictions with no face-to-face classes and no firm date for return.

Jean Batten School in Māngere East has about 400 elementary students and Principal Nardi Leonard said Control a good day for attendance rates at the running of the bulls was “medium to low 40 (percent) online participation.”

“It’s not just about not having a device, or not having access to Wi-Fi. There are numerous reasons why we can’t connect.”

Leonard said it was important for people to understand that families wanted to participate.

“However, there are two key things in our recent study that we have done for our school. The first is that there is no access to Wi-Fi, so the interaction we have had is through data and we know how expensive data is. … so that’s one.

“The second our families face is when you have multiple children, and in my school the average would be three children, three and more, so most of those families will only have one device.

“Now access to that device will always be for the oldest child, as it should, we know it should, especially if they are in high school because they are doing the NCEA, which means that everyone in the pecking order has a limit amount of time, and it becomes less and less as you get younger …

“We have a good turnout in the zoom sessions … we find that our kids are coming in, they’re being visible, they love that touch. In fact, I think they thrive on that touch.

“But once they’re out of the Zoom, they don’t have access to do the job.”

Leonard said the school had learned a lot from “lockdown”.

“What we found in this particular confinement going into it, even though the families said they had access to Wi-Fi, they still asked for a hard pack (copy of the material), and that was probably due more to the parents … they want those hard backpacks so that they can help their children to work.

“The challenge is how do we monitor that as teachers … we really just try everything and anything and at the end of the day, we have to trust that our parents were there monitoring and we just do what we have to do.”

Some families had disappeared from the radar, and that was sad, Leonard said.

“During the confinement, you know, we are not surprised that we are not having good contact with a certain group. But we have found ourselves in this particular confinement because of its duration, we have found that the group is growing, and they are starting to decrease.”

Leonard said there were other challenges within his community that they could be contributing.

“You know, sometimes reading and writing is as important as having food on your table, a safe place? A warm place? … What worries us about our school is if you are not in a good space in your head and In your heart, so how can you read and write?