After eight weeks in lockdown, Auckland’s food banks are under pressure as more whānau struggle to make ends meet. 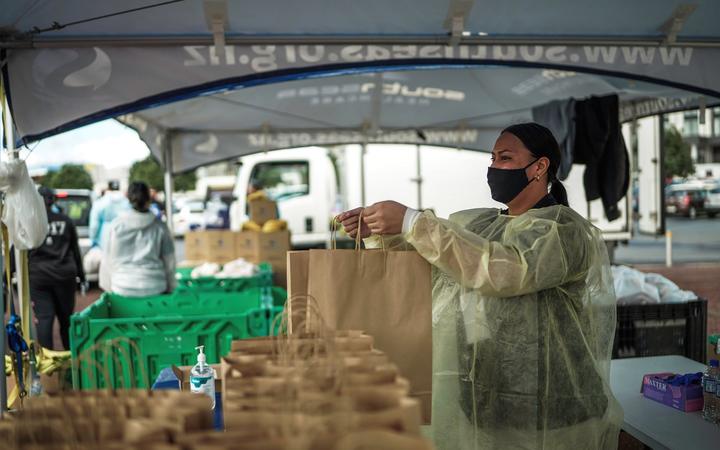 Some organizations are running out of food and other resources to hand over to the most vulnerable in the city.

Social Development Minister Carmel Sepuloni has announced another $ 13.5 million in funding to help, bringing total government support during the delta outbreak to $ 38 million.

For Viona, a mother of four, it has been difficult to put food on the table during the confinement.

Viona’s husband lost his job during the first wave last year and they have both benefited ever since.

The children usually get lunch and fruit at school, but with everyone at home, she has had to stretch her tight budget even further to cover those extra meals and snacks.

“We need more food, providing more food for the children in our family right now,” he said.

Growing kids eat a lot and it hasn’t been easy, Viona said.

“I have noticed the prices in the supermarket, our Pak’nSave that we always buy from, is going up a bit.”

That is paralyzing Viona’s budget.

“I’m like, oh my gosh, I used too much [power, for example], so my bills are piling up and I really need to make a payment.

“So I paid my bills and then I will go to the food bank and ask for help,” he said.

Before closing, the mission and its partner organizations distributed up to 900 food packages a week.

That jumped to 2000 in the first weeks of the Delta outbreak.

“I’m really concerned because the sustained need that we see now is four times what we saw in February of last year.”

Robinson said they were bracing for the high levels of demand to continue through Christmas and the rest of the summer vacation.

But it’s not just whānau with tamariki that need it.

“Probably in week five, the kaumātua were now saying, ‘well actually, I haven’t left my house because I’m very worried and now we are reaching the end of our kai.’

In addition to the food packages, Wade said a hangi meal was delivered to kaumātua once a week.

“He makes sure we are monitoring them,” he said.

“It also gives them that warm kai feeling; this is a hangi, it’s not something we would do every day, but you know we have to see the brighter side of Covid-19.”

But Wade is urging anyone struggling to get in touch.

“I know these can be tough times, but we are just a phone call away, to a Facebook message, to a text message.”

Robinson said that Covid-19 had exposed the precarious position that many families find themselves in every day.

“The engine of food insecurity is inadequate income. Covid-19 has not created food insecurity. It has existed and was alive and sadly pumping before Covid appeared.

“What we know is that that first level 4 lockout and then level 3 that happened in Auckland last year, and then this lockdown has exacerbated the pre-existing problems.” 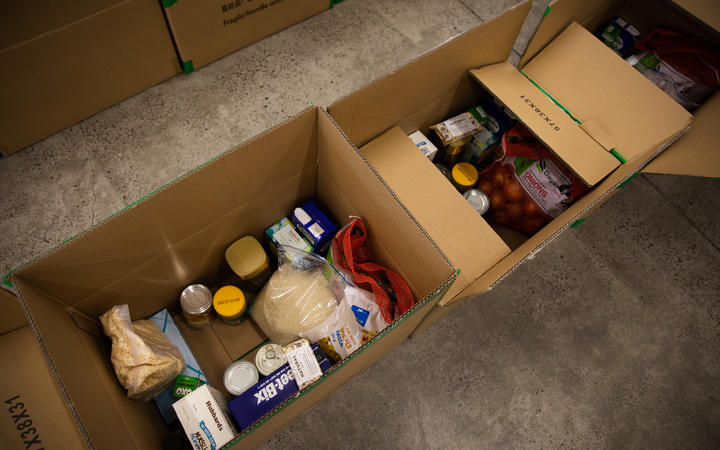 Social Development Minister Carmel Sepuloni said officials were in close contact with food banks to assess the need from week to week.

He said that some of the demand from food banks had dropped slightly, probably because some people had been able to return to work with alert level 3.

This lockdown had also been a challenge due to the large number of people who had to isolate themselves because they were case contacts, Sepuloni said.

“We have to keep in mind that I think we haven’t seen the spikes that we saw during previous shutdowns last year, but it’s certainly higher than before Covid.”

Prime Minister Jacinda Ardern has noted that more support is likely to be provided to families experiencing difficulties.