The mayor of Thames-Coromandel refuses to receive the Pfizer Covid-19 vaccine and has called the vaccination mandates “abhorrent.” 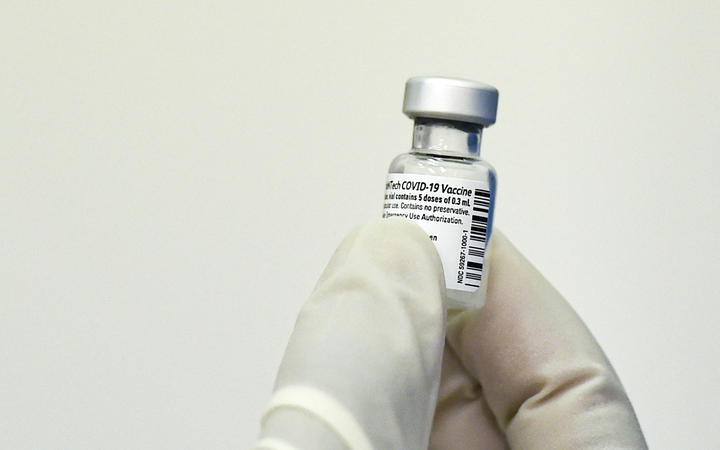 A nurse holds a vial of the Pfizer-BioNTech Covid-19 vaccine.
Photo: AFP or licensees

Sandra Goudie is hoping to have the Novovax jab in place.

The government has made a pre-purchase agreement for 10.72 million doses of Novovax, but MedSafe has not yet approved it in Aotearoa.

Speaking to RNZ, Goudie did not want to explain his opposition to the Pfizer injections.

“I could have chosen as an individual to remain silent, but when I was asked the question I answered honestly and I am not going to discuss or debate it with anyone.”

Thames-Coromandel is within the Waikato DHB but is not currently blocked like other parts of the region.

Goudie strongly disagreed with the government’s vaccination mandates for healthcare workers and teachers.

When asked what he would do if the vaccine became mandatory for local government personnel and elected representatives, he said: “It is a personal choice.

“And I think it is absolutely abhorrent that people lose their jobs because of their personal decision not to get vaccinated.”

In August, Goudie said Control you don’t normally scan when visiting places. At the time, she said the Covid-19 community case would “probably not” push her to scan more either.

“We are on the front line of the community in many areas of our work, whether in our public spaces, swimming pools, libraries, city hall receptions … so it is important that we play our role.”

He is still waiting for the government to clarify whether the mandates will be fulfilled.

“We have a responsibility for health and safety in regards to our staff and our contractors and everyone involved in local government, so we know that this is still a work in progress.”

“In a leadership position, it is really important that mayors and leaders in other positions in the community have a positive response to this critical issue facing New Zealand.”

Goudie’s resistance to the launch comes amid concerns about a small minority of doctors who publicly oppose the vaccine.

Some have posted videos online promoting their views against vaccination, including a Northland GP, Dr. Damian Wojcik, and a psychiatrist employed by the Hutt Valley DHB, Dr. Emanuel Garcia.

Covid-19 Response Minister Chris Hipkins was asked yesterday about the influence of these practitioners.

He said: “I think those people are being irresponsible, yes they are undermining what is a really very important public health goal for New Zealand, which is to keep people safe from Covid-19.”

Hipkins reiterated this week that the vaccine remains “our strongest tool” in responding to the pandemic.