In tranquil Colac / Ōraka Bay, a battle is brewing behind the veneer of perfect waves and endless summers. 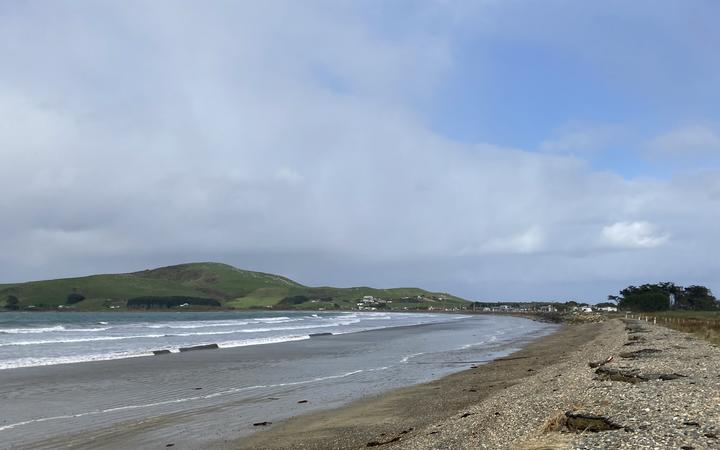 The popular vacation destination, home to some 60 permanent residents, is protected from the Southern Ocean by a sprawling rock face.

But the sea rises to meet the city that faces the Strait of Foveaux.

Fearing an old garbage dump will be exposed where rocks give way to loose tiles, residents Alan and Deen McKay are leading the charge against a city council they say is not interested.

“We want what the residents of Colac Bay deserve,” said Deen McKay.

“That they can go to sleep at night and know that the sea will not receive them at the door.”

The McKays’ battle began about seven years ago, but escalated after a storm in September that they said washed away a significant portion of the closed coastal highway. 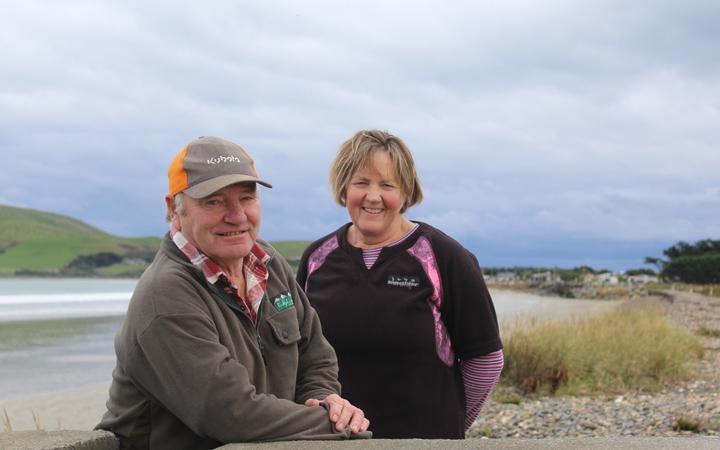 Alan and Deen McKay have been fighting the council over the road and the adjacent landfill for about seven years.
Photo: LDR / Matthew Rosenberg

The ruined road is the only thing that separates the ocean from the old landfill in the section of shoreline where the rock wall is depleted.

The McKays feared that if immediate action was not taken, the bank could rupture and debris would be washed out to sea with the next big storm. 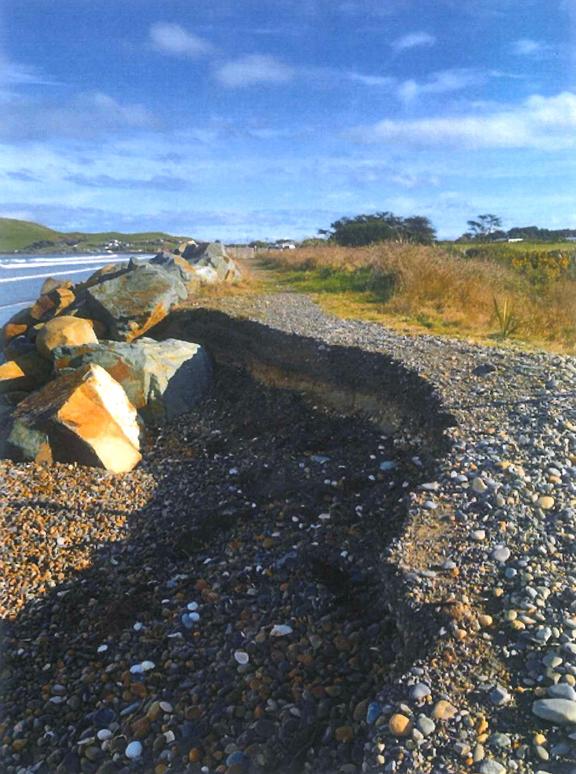 After a September storm, the road disintegrated even more.
Photo: Supplied

It was unclear what the dirt contained, but the McKays recently reached out to residents to produce official statements painting a grim picture.

Approximately 10 past and present residents came forward with signed statements that have been presented to both the Southland District Council and Environment Southland.

Resident Norman Cleaver summed up the claims: “Everything and anything was dumped here.”

Lynette Heath, who lived in Colac Bay between 1953 and 1970, said there were regular fires at the tip with “billowing black smoke.”

Her memory was backed up by another former resident, Benita Dudfield, in a letter previously sent to Environment Southland.

“For 33 years … we endured the smell of fires that were regularly lit by those who dumped waste at the site.

“I can assure you that the area is very toxic, and certainly the local people who live there now have every reason to be concerned about the sea invading that area,” Dudfield said in the letter.

Fed up with the council’s inaction, the McKays have sought the legal advice of local government and resource management attorney Hans van der Wal to establish stakeholder legal obligations.

In an email sent last week to key figures at Environment Southland, the Southland District Council and Ōraka Aparima Rūnaka, McKay said he had sought legal advice and stated the obligations of all three parties to ensure containment was kept at bay.

The land in question belonged to the Ōraka Aparima Rūnaka.

Rūnaka kaihautū Riki Dallas said he wanted the council to provide evidence of what was at the site before jumping to conclusions about toxic waste.

“If this is [toxic], we will be looking to the city council to find a solution to rectify any type of environmental damage or damage that may be caused … without pointing fingers, jumping up and down, or accusing people. “

Russell said it was based on several factors, including type of waste, volume, proximity of ground and surface water, plugging, containment and toxicity.

It had already been recognized that a significant investment was required to maintain the wall over the next three to five years, he said.

He did not indicate whether that included expanding it to protect the landfill and could not be reached for comment.

McKay will address a Ōraka Aparima Community Board meeting tonight with his concerns.