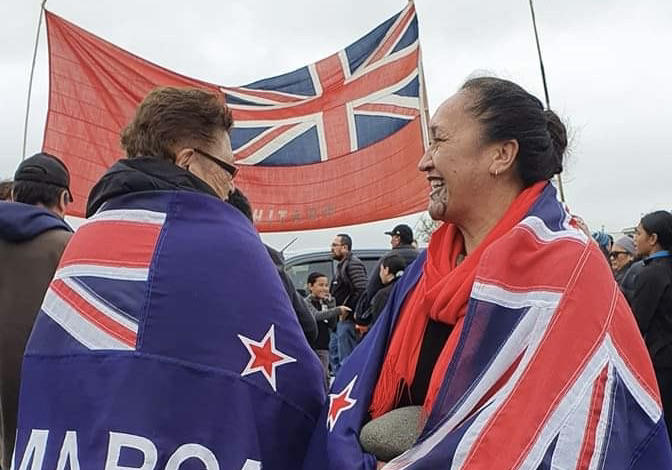 The populist image of an entrepreneur is that of a young, skilled, tech-savvy, entrepreneur driven by the desire to get super rich.

The reality is that many of them are older and making money is not always their main motivation. Their goal is to improve the life and economy of their whānau, hapū and local communities.

The pandemic has pushed more people to go about their own business and others simply want to stop working for someone else.

“Entrepreneur is a tough word,” says Dr. Judith Davey, a senior associate at the University of Victoria, who has researched the topic.

“When we asked a question in the survey to try and recruit people who had done this, we didn’t actually use the word entrepreneur because we thought it might be a bit off putting.”

Today, The Detail delves into the growing number of senior entrepreneurs and asks what is driving people over 50 to start their own businesses.

Davey recently spoke at a conference, Vision for Aging at Aotearoa, about the rise and importance of senior entrepreneurship.

He interviewed 20 high-level entrepreneurs for a study that was part of Massey University’s MBIE-funded research program, “Maximizing the Workforce Participation of Older New Zealanders.”

The study found that older entrepreneurs do not take advantage of business advice.

“A lot of the people we interviewed were a little suspicious of business mentors, thinking, ‘What could they tell us that we don’t already know?'” Says Davey.

Anne Purcell of the Ākina Foundation says there is a great opportunity for older people to contribute socially and environmentally through “impact-driven” businesses that are driven by “more than profit.”

Purcell is a capacity manager at Ākina, working closely with community enterprises and whānau businesses that span two to three generations.

“Often the visionary who leads with ideas to make a difference through his business is the older person,” she says.

But older people are seen primarily as a problem to be solved, or a resource for young entrepreneurs, and what they lack is a lack of support.

“One of the things that really drives our work at Ākina is how we can create the conditions that allow social entrepreneurs to thrive, and right now it is ad hoc,” says Purcell.

Sharon Brettkelly also talks to Lynette Wharerau of Ngāpuhi about why she has given up her high-paying corporate career to fix the housing crisis at her hapū in Hokianga, where many Whānau are homeless, but not landless.

Wharerau, who is in her 50s, knows what it’s like to live in substandard housing: she was recently transferred from a bus to a small cabin.

His vision for his hapū is “off-grid housing solutions, waterless toilets, multiple dwellings in a block of ownership, very healthy families able to live together in their papakainga, electric vehicles that mean they have a legal car to go to. the city”.

She explains the obstacles, from going to the bank to ask for money, to getting absent hapū members to agree to knowing how to deal with multiple agencies and organizations.