Police have yet to find the woman who traveled Northland with a case of Covid infection, with the region now at alert level 3. 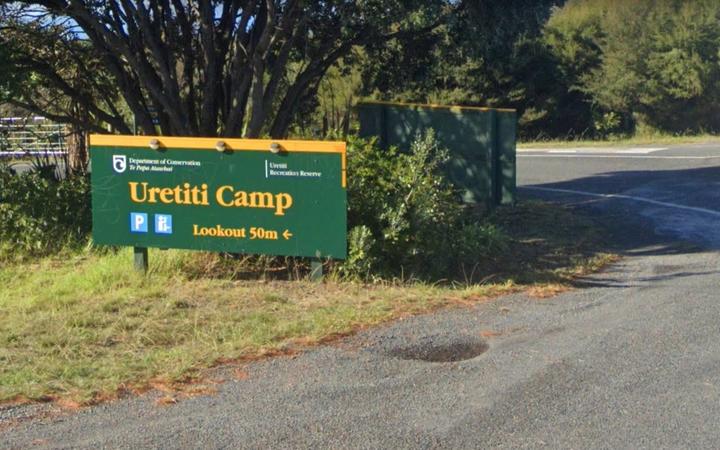 The couple have been seen in CCTV footage and at a hotel.

Police identified the second person, but have not yet located him.

The Ministry of Health today added several new locations of interest in Te Tai Tokerau. They include the Comfort Hotel Flames in the Whangārei suburb of Onerahi on Saturday, October 2 from 6 pm to 6:30 pm; Pepe’s Dairy in Onerahi on Sunday from 9 to 10; and the Uretiti Conservation Department camp in Whangārei on Sunday, from 5:00 p.m. to 6:30 p.m.

Last night contact trackers had only been able to identify two gas stations in Whangārei.

Covid-19 Response Minister Chris Hipkins said there was no evidence to support the allegations raised on social media about the Covid-19 case.

Hipkins said he had not been informed of the infected person’s occupation or associations.

Speaking to the media this afternoon, Jacinda Ardern said “there was no evidence” to back up some of the claims circulating around the case.

The government moved Northland from Alert Level 2 to Alert Level 3 in a sudden announcement last night, after an Auckland woman who had visited Northland tested positive for the coronavirus.

Speaking to various media outlets today, former Deputy Prime Minister Winston Peters claimed the woman had gang connections and traveled across the Auckland border to the Bay of Islands and back.

He said there are more details that officials know and should have been made public.

But Ardern said there was “no evidence” to back up some of the claims that have been circulating online and that the government was not withholding any vital information.

“As we have had information about their movements, we have released them. But this is a case where the individual, despite the involvement of the police, has not been communicative and that is why we take a very cautious approach, and that it was correct.

“I understand that the police have identified this individual and are working hard to locate him.”

He said that the move to alert level 3 was necessary because “we have big gaps in what we know about their movements.”

The woman initially tested a weak positive for Covid-19 in Whangārei earlier this week and that was confirmed in Auckland on Thursday.

The woman remains in an Auckland quarantine facility.

Contact trackers have not yet been able to contact a second person, who is believed to have traveled with the woman.

Covid-19 Response Minister Chris Hipkins said yesterday that police were needed to track down the infected woman, as they did not provide enough information to be able to contact her with the results of her second positive test.

She had not cooperated with contact trackers, he said.

Hipkins said the woman used false information to obtain travel documents and spent several days in Northland. When it was discovered and revoked, the woman was already back in Auckland.

She has not given a reason for being in Northland, nor details of another woman believed to have traveled with her.

Hipkins is not ruling out dropping the charges against the woman in an attempt to settle her cooperation, saying she would consider options that could encourage her to be more open with health officials.