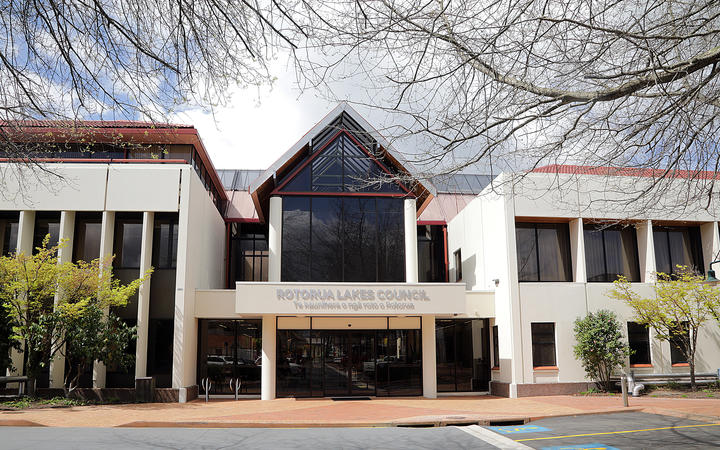 Chadwick asked if it would be possible to finance phases two and three of phase two of the East Corridor of the State Highway project with funds from the abandoned pedestrian and bicycle project of the Auckland Harbor Bridge.

Phases two and three of phase two covered Ōwhata Rd to the airport and featured three intersection improvements and a new airport entrance, as well as the introduction of four lanes between Basley Rd and Brent Rd.

Funding for those improvements depended on “housing and economic growth,” according to Andrew’s presentation.

“The frustration is blindingly obvious to us on stage two,” said Chadwick.

“We work very hard with the community … and we really want to finish the four lanes to the airport.

“I know this sounds a bit cute, but now you’re not going to ride the Auckland Harbor Bridge bike path, is there any chance that we have a chance to get some of that funding, or is it meant just for investment in Auckland ?

“We really want to see it done.”

Andrew said that there was indeed money available due to the scrapped project, and she believed that other financing opportunities were likely to be available in the next three years, particularly focusing on housing and the change in travel mode.

“There is also the option as we get to the end of the three years … other things may not have been delivered, there is some money available.”

The three years referred to a “record” government investment of $ 24.3 billion in ground transportation, announced Sept. 7, with the goal of improving roads through 2024.

Andrew said Waka Kotahi could not make any promises, but said phase two of the Eastern Corridor project was “well placed” for any funding opportunities due to the preliminary work that had already been done.

Phase one of phase two, from Iles Rd to Coulter Rd, had received $ 35 million funding from Crown Infrastructure Partners as part of last year’s shovel-ready projects, and construction had begun.

The first stage, from Sala St to Iles Rd, was on track to be completed by the end of the year, Andrew said.

He said the Waka Kotahi data had observed a reduction in traffic queues and road delays since the introduction of traffic lights at the intersection of Tarawera Rd.

The last layer of cladding was due to be laid in mid-October and work on that stretch is now focused on completing the landscaping and shared road, he said. Completion was scheduled for the end of 2021.

Another unfunded improvement was for the central corridor of State Highway 30 – Amohau St, from Old Taupō Rd to Sala St.

Andrew said those works were worth around $ 22 million, but it was also a project that was “really well set up to see. [funding] opportunities as they arise “as detailed design has been completed.

Work on State Highway 30/33 Te Ngae Junction, aimed at building a new roundabout at the intersection, had secured funding for detailed design work, and initial research work was underway. Detailed design was due to be complete by the end of 2021 and construction was estimated to begin in early 2022.

Work on state highway 33 from Te Ngae Junction to Paengaroa, which installed wide shoulders and a center line and roadside barriers in high-risk locations, was in the final stages of construction.

Andrew confirmed that it was not currently a priority, but Waka Kotahi was “aware of some of the challenges” in those areas.

Deputy Mayor Dave Donaldson asked if the mid-October completion dates, just a week away, for the Ngongotahā roundabout and other works were “still valid.”

Andrew said the projects “were still going on despite Covid and the weather.”