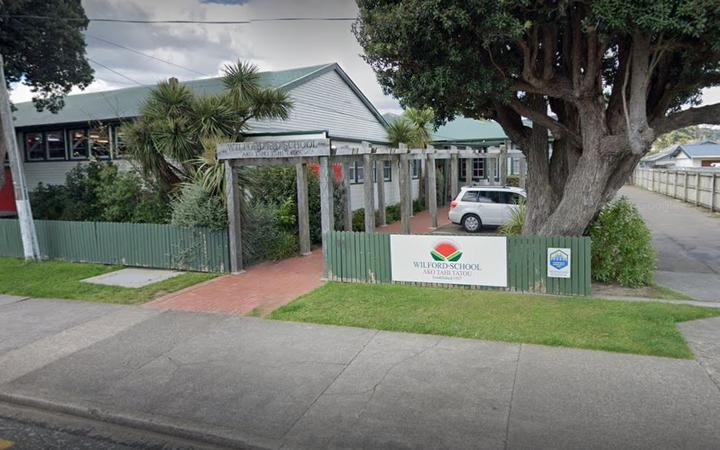 The allegations come after the Ministry of Education dissolved the Wilford School Board of Trustees last month and appointed a commissioner, Dr. Te Tiwha Brendon Puketapu, in his place.

In a statement, the ministry said the board was handling a series of complaints that it did not have the ability to resolve in an emergency.

The Petone school, which welcomes children from one to eight years old and has a roll of just over 300, has recently been the subject of a petition summarizing some of the parents’ concerns.

The petition said that multiple complaints from the Wilford school community had been “ignored, dismissed or disappeared.”

A mother, whom RNZ agreed not to name, pulled her Maori son from school last year after he was allegedly assaulted by another child.

He spoke to the school principal about the incident and said he made it clear that he felt it required the intervention of the police and Oranga Tamariki.

But a letter from Oranga Tamariki to the mother said the school did not make any reports of concern to either agency.

The mother said the school promised that the other child would be kept within reach of a teaching assistant, a response she deemed inappropriate given the severity of the incident.

“After a while they stopped dealing with me because I kept asking questions. And part of that was that he wanted that child to be supervised so that no other child was at risk of harm.

“I had to remove [my son] from school three and a half weeks before the end of the course last year. “

RNZ has seen correspondence from the Governing Board that says it was satisfied with the way the school responded to the incident.

However, he acknowledged that saying that the staff would keep the other child within arm’s reach was a poor wording choice.

“We have heard about what was implemented in regards to the support of the paraprofessional for the other student. It is recognized that the phrase ‘remote’ was a poor choice and impossible to guarantee. We are happy with the way that incidents have been recorded, taking into account children’s right to privacy and that not everyone has access to all information, ”said the Board.

The mother maintains that the school leadership did not take her concerns seriously and that the ordeal left her incredibly emotionally distressed.

“My only goal in standing up and going through this for 13 months is that I don’t want to see another child go through what my son has been through,” she said.

“And I don’t want to see another parent treated the way they treated me or another family going through the stress that they put my family through.”

Sophie Johnson, mother of one of the students in the unit, said this was evident early in her son’s education.

“I thought I was conspicuously absent from school communications like newsletters and emails to parents … our union seemed to always be left out.

“I spoke to other parents about it and asked them, ‘Why is Ngā Puāwai not visible? Why are we not celebrating the things we are doing here? This is, in my opinion, a taonga. This has been around for more than 30 years, it really should be celebrated. ‘And they said,’ Oh, this is kind of the norm.

He said that the subject was discussed many times in whānau hui.

“We feel really isolated from the rest of the kura … we don’t see that feeling of aroha, manaakitanga, whanaungatanga, those basic principles that we want to see throughout the kura.”

Sarach Buckley, a mother of two children enrolled in the school’s main unit, said it was disappointing that the school was no longer accepting Ngā Puāwai and promoting Maori tea in the wider school community.

“I have children in [the] conventional [unit] And one of the reasons I went to that school is because we have this beautiful opportunity for all of our children to learn Maori Te reo, which will be in the curriculum, but they stay away from each other.

“There are a couple of children in Ngā Puāwai who I take care of and they are teaching my daughter and me how to put our words together. So why are we not taking this opportunity and spreading it to the school?”

Buckley said he was aware of the concerns that other parents had raised with the school over the past few years.

She said that many parents, including her, had considered taking their children out of school, but didn’t want to quit just yet.

“I want to fight for our children,” he said.

“They deserve all the time, effort and energy that we have invested in this. I mean, this request really is at the end of a very long battle that before my arrival it has been fighting for a long time.

“We believe that if there is the right structure and we have the right experience to be able to make decisions about the management of the unit, that has the potential to prosper.”

RNZ presented all allegations to the school principal and the school’s deputy principal, who declined to comment.

They redirected RNZ to the Commissioner, but Dr. Te Tiwha Brendon Puketapu also declined to comment.

He said he still had to stand under the table, but planned to meet with the parents about his concerns.

The Undersecretary of the Ministry of Education, Habilitation and Sector Support, Helen Hurst, said that Dr. Puketapu was an experienced interventionist and had the necessary skills and knowledge to address current challenges.

“It will have all the functions, powers and duties of the Board that are designated to replace and will have the authority to make decisions on all matters related to the governance of the school to ensure the best possible educational outcome for its students.

“We will work with the Commissioner to support the well-being of students, staff, and the community at large. The goal of any intervention is always to return the school to full self-management as soon as the intervention recommendations are met.”