It is too early to say if the merger is on the cards of the country’s 78 councils, but the way New Zealand towns and cities are run is ripe for an overhaul, to replace a local government system under pressure. 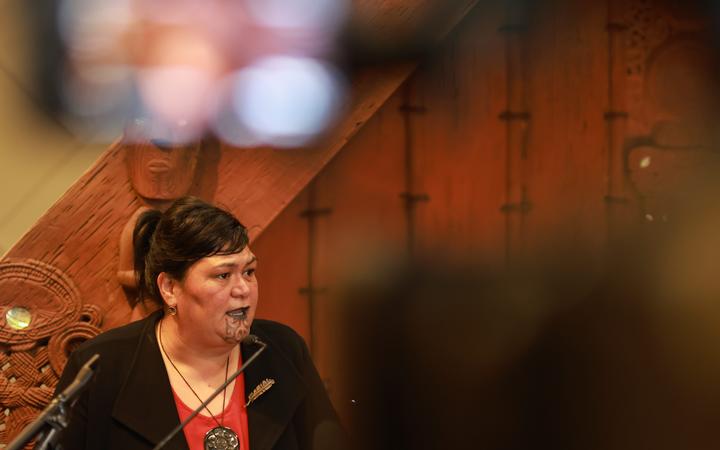 Local Government Minister Nanaia Mahuta created the Future for Local Government Review in April. The final report of the panel members is due in April 2023.
Photo: RNZ / Dom Thomas

An independent review has found a number of issues in the sector including insufficient funding and capacity, poor cohesion and collaboration, poor diversity, mistrust between local and central government, and high demands on the Iwi and Maori with no welfare outcomes.

Sustainability and relationships were at the center of the issues and the local government also needed to strengthen the iwi and Maori associations under Te Tiriti or Waitangi.

Representation and low participation were also areas of concern, along with information and communications technology, which was fragmented and in some cases not fit for purpose.

The review, to take a broad look at New Zealand’s local governance and democracy system, was established by Local Government Minister Nanaia Mahuta in April and is a two-year project that will end in April 2023.

Today’s interim report, Ārewa ake te Kaupapa – Raising the Platform, raises a series of questions that the panel will now address on how to develop responses over the next year.

Questions include how local governance should be reformed, what functions and roles would be essential, and what funding and funding would be needed.

It occurs when the government is also carrying out the resource management and reforms of Three Waters, which, according to the interim report, must be taken into account in any decision about the future of the local government.

The report said the main pressures on local government were the culture of mistrust between central and local government, constant financial pressure to manage growing demand, including infrastructure for housing, and overlapping and conflicting responsibilities because the sector operated under a “complex web of legislation”. , according to the Productivity Commission.

Mahuta told Local Democracy Reporting that it was too early to say what size and number of councils would emerge after the review was completed, but there were no predetermined results.

He welcomed today’s report and said that the relationship between the central and local government was a two-way street that both sides needed to work on.

“They’ll test us both ways, but it is what it is. I’d be more concerned if the councils started closing the doors on the toughest conversations and didn’t call in. I haven’t had that experience yet.”

In rethinking local government, the report says an agile and adaptive approach is preferable in a complex and fast-paced world.

He said that any redesigned local governance should address current pressures, including removing mistrust, clearly defining functions and roles, and at the most appropriate scale, having sufficient financial capacity and capacity, including the potential transfer of some functions to government. central, greater collaboration and better reflection on all interests, including Iwi and Maori.

“Any future local governance system will need to go beyond existing structures and silos and view governance as a shared effort in which many actors contribute and deserve a voice.”

Palmer said the second phase of the review would now seek more input from a wide range of people and communities, including analysis of models abroad.

New Zealand local government panel advisor and Selwyn Mayor Sam Broughton said he was encouraged to see that the panel had identified areas beyond its reach, such as health and education, as critical to affluent communities. .