The actions of a man affected by alcohol and drugs that caused a fatal head-on collision on a highway had a catastrophic impact on the victim’s family, a judge says. 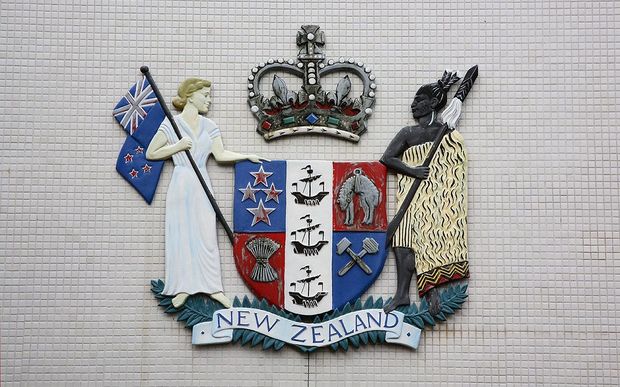 In Tauranga High Court yesterday, he was sentenced to a prison term of four years and eight months and disqualified from driving for three years, a period that will begin after his release from prison. He was also sentenced to six months in prison for each of the drug charges, to be served simultaneously.

He also received a warning under the three strikes law.

Judge Moore recognized the family of the man who died, Ui Phonphong, his widow, Minyi, two daughters, parents and brothers, who participated in the online sentencing.

He told Dods that the consequences of his “incredibly selfish decision” to drive while affected by alcohol and drugs had had “catastrophic” consequences for his victim’s family.

“A loving and united family has been torn apart by grief. I hope this knowledge works as an incentive for her to change her life and focus on her two young children.”

In the judge’s factual summary, he said that in January Dods agreed to buy three grams of DMT and one gram of ecstasy from a merchant.

After making the deal through text messages, he worked two shifts at his job as an engineer at a wood processing plant near Tokoroa.

Then he drove to Mt Maunganui where he drank alcohol at his parents’ home, went to a restaurant where he also drank, and later bought 10 cans of RDT. At a friend’s apartment, Dods continued to drink alcohol while mentioning that he had not slept.

At another friend’s barbecue, he drank methamphetamine and drank more alcohol. Those in Dods’ company described him as “loud, excited, erratic, disrespectful and drunk,” the judge said.

He said that just before 10.30pm, Dods began driving through Mt Maunganui, including through a roundabout at high speed, over an island of traffic at a gas station, changing lanes without indicating and passing other vehicles. . The driving was captured by CCTV cameras along the route.

Twenty minutes after the start, Dods pulled off the freeway and joined her four minutes later via an exit ramp heading north on the southbound lanes.

“You were traveling in the wrong direction and against the flow of traffic. You were in the fast lane.”

Judge Moore said the victim was driving south to her home after finishing a shift at a restaurant.

The two vehicles collided head-on, and it is estimated that Dods was driving between 105 and 110 km / h. The force of the collision ruptured Phonphong’s thoracic aorta and he died at the scene.

Dods, who was not wearing a seat belt, spent 10 days in Tauranga Hospital. He suffered two broken ankles, cuts to his head, a broken nose and a traumatic brain injury, although the judge noted that he had not received details about the latter.

His blood alcohol reading was twice the legal limit. Methamphetamine was detected at a level of 0.06 milligrams per liter and there were also traces of antidepressants.

The judge said the victims’ impact statements were “heartbreaking reading” because Phonphong was part of a close-knit family. Her widow is grieving for her as well as her daughters.

“The loss of an irreplaceable husband, father, son, brother and friend is something that always

be there for them. The hole in their lives has had and will continue to have devastating emotional consequences, “the judge said.

When it came time to decide on sentencing, the judge said there were several aggravating factors, including deliberate and aggressive poor driving, drug or alcohol use, and sleepless driving. The offender’s ute also did not have an aptitude order.

The judge also noted that the defendant had been convicted twice of reckless driving and twice lost his license for excess demerit points.

He applied a seven-year starting point for involuntary manslaughter and reduced the term by a third due to factors such as an early guilty plea. The judge accepted that Dods was truly sorry and had written a letter to the victim’s family.

The family had rejected his request for restorative justice.