Hugely significant; enormously expensive; hugely wrong. All are forms that are used to describe the major reform of the main street that goes to the center of Tauranga. 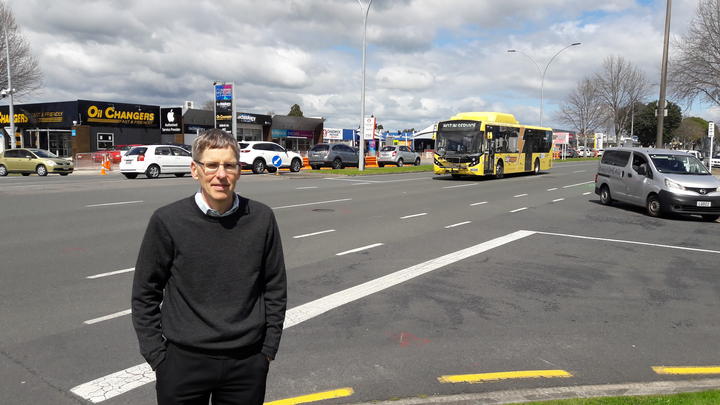 Construction began this week on the Cameron Road upgrade, with a budget already exceeding $ 70 million.

That’s a new level of highway cost for 3km of part-time bike and bus lanes, and trails and highways that controversially retain four car lanes.

Nine community groups have come together to try to stop him.

They accuse the city council of pushing for a half-baked design that will only increase vehicle emissions, contrary to government goals.

Even two of the three partners in the upgrade said recently, behind closed doors, that the design would not work or actually “undermine” public transportation, but then both signed up to continue.

One of them, the Waka Kotahi Transportation Agency, in May told the Tauranga City Council that the upgrade would not achieve the desired results and that it should take a break, according to the documents.

However, Waka Kotahi later said that he supports the update.

“The current design provides an improvement in public transport and access by foot and by bicycle, which takes into account that all the benefits of the project will accrue when the later stages of the project are completed, from Cameron Road to Tauriko,” it said .

The first stage of the project had earned $ 45 million from the government’s Crown Infrastructure Partners (CIP) last year, in pushing off ready-to-use infrastructure projects as buffers against Covid.

“We are very surprised that CIP appears to accept a project that does not appear to offer any benefits” for a switch to public transport, the regional council told the city council in June.

Anne Tolley, who heads the city council, acknowledges that this is a critical concern.

“Yes, of course it is, because they have the primary responsibility for public transportation,” Tolley told RNZ.

“The Tauranga City Council, on the other hand, has to coincide with the fact that we now have four lanes of traffic that stop at rush hour.

“Changing one of those lanes to a dedicated bus lane right away was not in the original agreement that was signed with Crown. We are working towards it over the next 10 years.”

Community groups, led by Glen Crowther of the Sustainable BOP Trust, have written to the Minister of Transportation asking him to support an independent review.

“What we have to do is change the design to make sure the buses go faster up and down the road instead of slower.

“Change the layout so it doesn’t have 14 traffic lights.”

Minister Wood has asked officials for more information, but added that the bar for a review is “very high.”

The city council says community support is paramount, but rejected a review: “No, we are not going to stop … it is a hugely important project,” Tolley said.

After “intense discussions”, the three partners were on board, he said.

The enthusiasm of the regional council rings off: “The key issue from a public transport and safety perspective is that [the city council] It will not review its decision to retain two lanes of general traffic, “it said in a statement.

“This is a decision of the TCC board and now all parties are work within this decision.“

Buses will run where cars park in lanes that for the first 10 years (or until certain trigger points are reached) are for buses only for six hours a day.

“It doesn’t really seem to get people out of cars.”

In addition to the four commissioners, including Tolley, who were imposed on it by the government, the council recently had to review its project planning after multi-million dollar fiascoes at the Bella Vista housing project and the Harington St. parking lot building.

The second stage of the update is intended to bring the greatest benefits of public transportation, but it remains a mystery to Green.

“The council is very reluctant to show us a finished plan,” he said.

Tolley said his council had to cater for an expected influx of 30,000 people in the central peninsula, and encouraging public transportation could only accomplish so much.

“If we’re really good at getting people out of cars and onto buses, we might see a 10 percent change.

“But the population is also growing rapidly. So, you know, we deal with it. And there are competing priorities.”

The people of Tauranga only make 2 percent of trips by public transport.

In addition to funding from the Crown, taxpayers are contributing about $ 13 million, so far.

Crowther said it was $ 1,300 per household, and the cost-benefit ratio was negative and declining.

The upgrade builds on the years of road work that locals have faced, such as another hugely expensive and very short (2km) upgrade from SH2 from Baypark to Bayfair.