Anti-vax GPs are hampering deployment in our least vaccinated region, Northland, where an essential worker has tested weak positive for Covid-19. 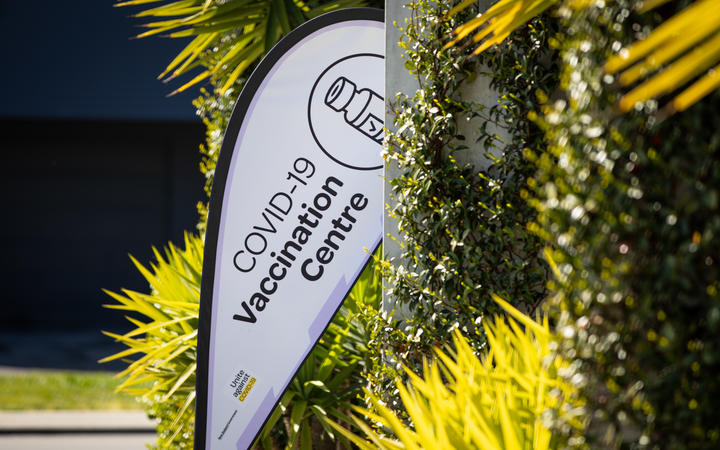 As of Sunday night, only 67 percent of people in the region had a dose of the vaccine and 42 percent were fully vaccinated.

This week, the District Board of Health has also confirmed that two of the 34 general practices in Te Tai Tokerau do not support Covid-19 vaccination.

A Whangārei GP, whose registration was renewed in March, has spoken online about his beliefs against vaccination.

Dr. Damian Wojcik’s video, posted in May, is 20 minutes long.

In it, he says: “I am taking the unprecedented step of speaking publicly, along with a group of medical colleagues, about my deep concerns about the launch of the Covid-19 vaccine for all New Zealanders.”

Wojcik declined to speak to RNZ this week.

Mahitahi Hauora’s medical director, Grahame Jelley, told RNZ there was “no place” for anti-vaccination messages in health practice, but did not comment on specific GPs.

Northland DHB Executive Director Dr. Nick Chamberlain briefed the board on vaccination challenges in the region.

He said the region had hit a “bigger brick wall than the rest of the country” in the past month, and there was capacity for 16,000 vaccines a week, but only 7,000 to 8,000 people had come to receive them.

“There is misinformation … that it developed too quickly and yet the technology has been in development since SARS in 2003 and has been modified.”

Chamberlain said opposition to the vaccine was a problem in Te Tai Tokerau before Covid-19, but now it was worse.

“Adverse events are really openly reported on this, and they are very, very low. So I think overall misinformation has probably led more people to take an anti-vax position than before.”

But he said that “the fact that they have Dr. in front of their names gives them undue influence” and it can be “very, very difficult” for patients to determine the facts of the misrepresentation.

“Doctors who take this approach have undue influence on the system and it really worries me when they promote ‘semi-scientific’ sounding views.”

Research from the University of Auckland published in 2018 said that physicians were the most trusted healthcare professionals for information on vaccines, and they had a “crucial” impact on parents deciding whether to vaccinate their children.

“There is also a risk that undecided or undecided people will use this as evidence to justify not taking the vaccine.”

The New Zealand Medical Council has taken a strong stance against anti-vax messages from healthcare professionals, but President Dr. Curtis Walker (Whakatōhea, Ngāti Porou) could not comment on whether the people were being investigated. .

The council may refer matters to the Professional Conduct Committee, which may press charges.

The Disciplinary Tribunal for Health Professionals could not confirm whether any charges had been brought against a health professional for misinformation against vaccines.