Residents in Lake Ōhau are rebuilding their lives and homes as they slowly restore the burned landscape after last year’s devastating fire. 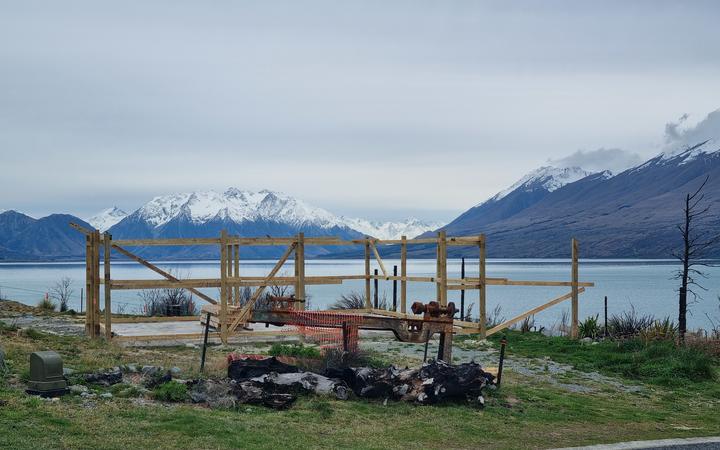 A fire and emergency investigation report on the origin and cause is expected in the coming weeks.
Photo: RNZ / Tess Brunton

Today marks one year since the fire swept through the remote Mackenzie Basin community, destroying or damaging about half of the homes.

But unlike on October 4 last year, when strong winds fanned the flames through the town, on Monday it rained with fresh snow expected on the nearby hills.

Surviving houses and new construction have slowly been filling the empty sections in the village of Lake Ōhau with blackened stumps, a stark contrast to the nearby flowering trees.

Local resident Louis Campbell said residents were determined to rebuild the community, but that the fire had taken its toll.

“Some say they feel they don’t belong in the village until they have rebuilt, and others have said they feel disconnected because they weren’t here the night of the fire and still lost their home.

“One or two in the town who stayed here have felt a bit isolated. But there is a determination for people to come back and, along with that determination, it is about dealing with the aftermath.”

He was proud of how the community faced such a terrible time by coming together and stepping up.

It was that determination that had comforted him over the past year.

“I think that also came at a cost. I think the fire caused tension in the town and it lasted long after the flames were out, and that tension can continue and then sometimes it can feel like something has to give.” 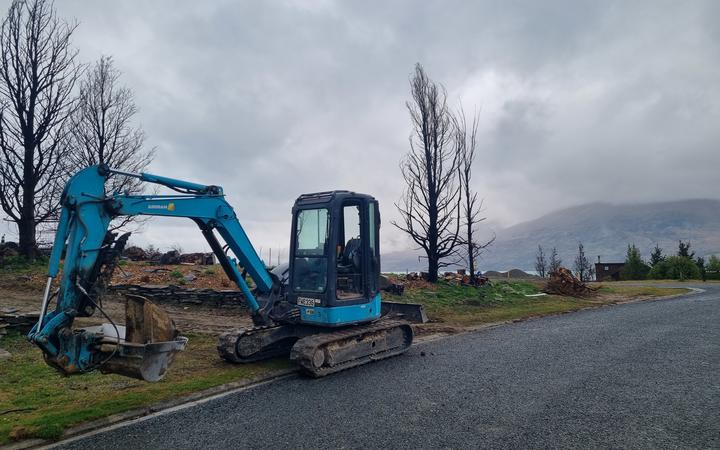 Houses are being rebuilt on Lake Ōhau after many were devastated by fire last year
Photo: RNZ / Tess Brunton

While some referred to fire as a dark time, they said that darkness was beautiful in Lake Ōhau with the southern cross and polished stars.

For him, isolation was what hit him the most.

“Everyone has a personal story and everyone is at different stages. I think that’s pretty important, and they find their own way … but I think it’s important to keep up.”

He hoped that those who struggle or feel isolated would come forward and ask for help.

The return of the native birds has been a joyous moment for Viv Smith-Campbell, who has been visiting the village for the past 30 years and living here for the past six.

“The bellbirds have come back wanting revenge. We’ve always had a lot of bellbirds here, so that’s just fantastic, and during the winter, we had a bellbird feeding competition all over town. Not on purpose, but all of them. they invested in sugar feeders and other bell birds, you could see them, they had a small route that they were taking through the town to see who had drawn the sugar water. “

Work was being done on several houses with scaffolding and builders on site.

The fire burned or damaged many of the Scots pines in and around the village.

Smith-Campbell said that many of them were seed sources that spread hundreds of thousands of seeds.

“Now what we have to do is make sure that the little ones, whose seeds are still there, don’t come back and take over.

“So eliminating the sources of seeds is a real benefit and that will make our work with the wild ones practically non-existent, apart from the vigilance when you are looking for the little ones.” 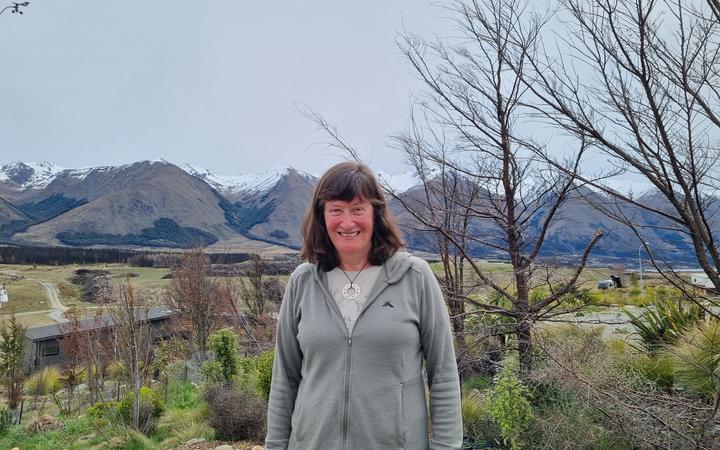 Biodiversity Minister Damien O’Connor said about $ 1.6 million was spent over the past year to control scots around the Lake Ōhau area.

“I think we are getting over it. There have been a lot of areas that have been addressed. We have come in and brought down populations and we have been aware … of the potential dangers.”

Part of that included removing the pine trees that were burned, he said.

The Ōhau Conservation Trust and the community had been busy planting natives in and around the village.

As you enter the village, the nearby hillside has been planted with grasses to regain weeds.

Smith-Campbell was hopeful that some of the more glaring gaps would be filled again soon as more houses were rebuilt and new plants took hold.

“When nature comes back around you as you remember it and is growing back and you are hearing the sounds and seeing the birds and that kind of thing, it is a real reassurance that things are progressing. That things are healing, things are moving.

“I think it’s a very important sign for people. Time has passed and things are coming back, and that’s really positive.”

Smith-Campbell hoped that some of the more glaring gaps would be filled again as more houses were rebuilt and new plants took root.

While her home survived, her other home did not and she has been working through insurance to get it.

New Zealand Insurance Council Executive Director Tim Grafton said more than 80 percent of 230 fire claims had been closed and only a few were completely unsolved.

“We will have something on the order of … maybe 30 or 40 where the managed repair of the property, that process is still in the works.

“It only closes when we have completely finished the job.”

Insurance costs for the fire have reached more than $ 35 million.

Residents expected more responses soon with a fire and emergency investigation report on the origin and expected cause in the coming weeks.

A Fire and Emergency spokesperson said it had taken considerable time to finalize due to the complexity of the fire.

“However, we know that several factors, including fuels, terrain, high temperatures and high winds, contributed to the spread of this fire.”