There has been a respite with the easing of restrictions for hospitality companies, but after almost a month at level 2, many companies in the South Island are still waiting for a level change. 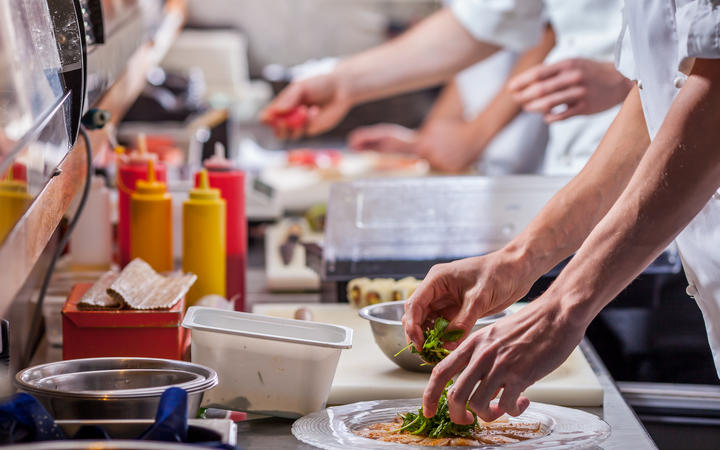 Prime Minister Jacinda Ardern announced today that New Zealand outside of Auckland will remain at Tier 2, but that there will no longer be a cap on the number of people in business and hospitality venues.

But people will still need to be seated apart in bars and restaurants, and social gatherings will remain limited to 100 people.

“I know it is frustrating for communities like those in the South Island that have not had a Covid case for a long time. But it is important to remember that the reason there have been no cases is the careful and cautious approach we have taken. And we don’t want to risk unnecessary crashes. “

Hospitality NZ Nelson Branch President Ian Williams said it has been difficult for cafes, restaurants and bars to break even under current restrictions, and many are simply bleeding money.

“The longer this goes on obviously the more money we lose so it’s pretty devastating not to have raised it now and I’m not really sure I can see the justification for not getting down to level 1.

“The thing about hospitality is that none of our losses are recoverable, what we lose today we won’t earn tomorrow.”

While people were being careful and taking precautions, he said it was hard work for the staff, who were constantly masked and had to enforce the rules.

He had spoken to several hospitality establishments, some of whom he was not sure would survive much longer at level 2 without relief from the ongoing cost of rent, fees, insurance, and other overhead.

“We keep knocking on the government door day after day looking for specific government support for the hotel sector and that doesn’t come through. I think the other thing we want to do is probably try to get some relief from commercial rates from the local government. “. . “

“I think it’s a really stark reminder of how challenging this Covid environment is. There is no question that companies would have liked to see us move down to a sub-level 2, whatever that new level looks like.

“But I think all the signals from the government over the last week have been that until we increase our vaccination rates, that is highly unlikely.”

He said it remained a challenge for companies that were unable to operate at full capacity.

“In a world where there is so much uncertainty and so much impact for companies in these restricted environments, as long as they can see what the next step is that gives them the opportunity to plan for the future.

“They may not necessarily like it, but at least they know what they are planning and it gives them the ability to give their staff some certainty as well.”

“I question our requirement to stay at level two when we have not seen a case of Covid in the South Island since May last year.

“It reaches a stage where businesses are suffering a lot, people are losing jobs, and I would love to see more freedoms.”

He said there would come a time when we would have to get on with life, which he believes should happen sooner rather than later.