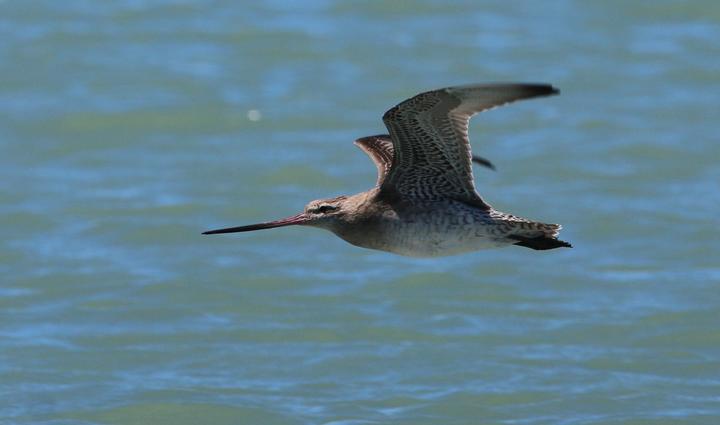 When bed bugs land at Motueka Sandspit near Nelson after their record nonstop flight from Alaska, church bells ring, a tradition that began in Christchurch when migratory shorebirds arrive there each spring.

But Pūkorokoro Miranda Shorebird Center residential manager Keith Woodley says Auckland is a central location and its citizens should think about marking the occasion with some kind of celebration.

“Between the Firth of Thames, the Port of Manukau, the Port of Kaipara and, to a lesser extent, the Port of Waitemata, they all have bed bug flocks – in fact, possibly 50% or more of all New Zealand bed bugs are found in the Auckland region. ” he says.

Now would be the time to have it, but he is not saying what form it should take: “It is up to other people to come up with ideas,” he says.

And these little birds are worth celebrating.

They may not sound like much, stalking the marshes in search of bivalves and marine worms, but every bird has a story to tell of incredible travels. Those tales are being told by trackers and transmitters who reveal more and more about them.

Birds with unlikely names like 4BWRB and 4BBBYB are logging trips of around 12,000 kilometers from Alaska, flying six to nine days at up to 80 kilometers per hour without stopping, breaking into places like North Korea and China to refuel. They don’t tend to glide either, they do it the hard way, flapping all the time. If they stray off course, they have the decision-making ability to reassess their journey and stray, but the adults will return to their homeland each time.

Once home, they gorge themselves up to twice their body weight, ready to leave for Alaska in March.

In 2015, godwits were named Bird of the Year, the same year their status was raised to ‘near threat’, but they were classified as migratory birds, so they did not qualify for conservation funds. That has changed now.

Thousands of people from all over the world follow their travels in Facebook and Twitter (of course), where you can find maps that track your broadcasts.

Today on The Detail, Woodley tells Sharon Brettkelly why wits fascinate him; how they are caught and ringed; and how problems with climate change and development in the Yellow Sea countries could negatively affect these small fighters and deplete their numbers.

“There are many questions for all of us ahead of us,” he says.

“If we look at something like climate change, that alone will impact these birds at every point on their annual compass.

“Where there is a rise in sea level and hard edges, it will start to lose areas of salt marsh. In the tundra (in Alaska), where there are changes in the water table, changes in the vegetation … most importantly, the warm temperatures in the tundra advance the appearance of insects, which is the main source of food for these birds and their chicks … that’s happening earlier than it was 10 or 20 years ago. “

That means the birds need to adjust their timing, arriving earlier, but when they leave the southern hemisphere with different light patterns, they will find it difficult to make those changes.

“There are long-term implications for these birds, and it remains to be seen whether they can adapt early enough.”