It is feared that the mysterious Covid cases in Auckland and Waikato could be the tip of an iceberg of undetected transmission. 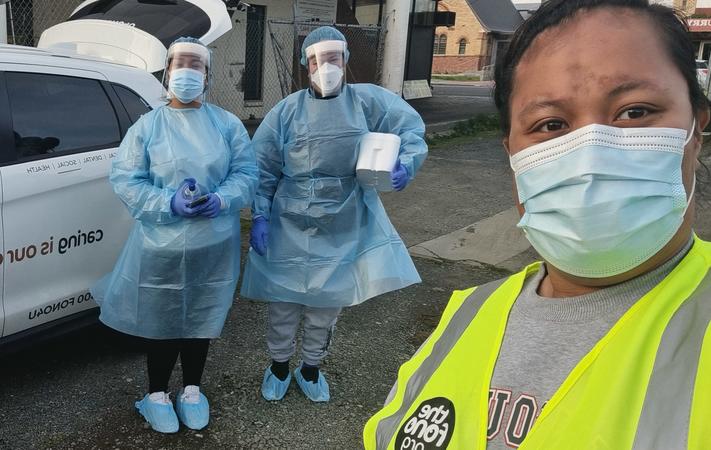 Many of last week’s cases were found by Janet Masoe-Hundal and her testing team from Pacific healthcare provider The Fono.
Photo: Supplied

The government is set to announce its decision on Auckland’s alert levels today, but it is highly unlikely that there will be any change after 50 cases over the weekend, two in Waikato.

Many of last week’s cases were found by Janet Masoe-Hundal and her testing team from Pacific healthcare provider The Fono, who had spent the weekend knocking on doors and testing families in transitional housing.

He did not expect any change in the alert level, and said they were still discovering too many cases, and in different parts of Auckland.

“Some of these cases are … mystery cases and they can’t be linked to either group, so that’s the scary part of the work that we do,” he said.

Te Rōpū Whakakaupapa Urutā, the National Maori Pandemic Group, was also concerned about the secret circulation of viruses, both inside and outside Auckland.

“We remain concerned that more than just a long and difficult queue will happen, so we are quite concerned about that: if there is more Covid circulating in the community,” he said.

In the past three weeks, there had frequently been random cases: in hospitals, in police cells, the surveillance tests of a trucker who had driven to Palmerston North, and the latest cases in Waikato.

Last night, the Health Ministry announced that a father of a newborn in intensive care at Auckland Hospital was found to have the virus through surveillance tests.

“Where you only see the top of a large number of cases … the tip of the iceberg of cases that occur in the community,” he said.

That was more of a problem now that Auckland was at level 3 with so many more people working or moving, and a concern for the rest of the country with travel across the border.

It meant that the city would have to stay at level 3 for at least two more weeks, to try to increase vaccination coverage, he said.

Prime Minister Jacinda Ardern had wanted 90 percent of eligible Auckland residents to have received their first vaccination by today.

Improving vaccination was an approach for Baker and Crengle and a team of prominent public health experts who yesterday called for urgent changes to the government’s plan to combat Covid.

In an academic blog from the University of Otago, they call for a series of measures including faster and more extensive tests, a moratorium on drug prosecutions and a longer and stronger border around Auckland.

They wanted more mandatory vaccinations, even so people could get into bars, cafes, and shows.

Baker said that people who went indoors for fun (laughing, talking, singing and socializing) would want to know that the other people there were vaccinated.

“Because if you do those activities indoors and you are not vaccinated, you can fill an entire room with a spray containing the Covid-19 virus,” he said.

The group also wanted more control to be put in the hands of health providers in Maori and Pacific communities because they were the hardest hit by this outbreak.

Fono’s Janet Masoe-Hundal said the people she was testing had often received 10 phone calls from the health ministry or her district health board, all with the same questions when she appeared. Understandably, they were frustrated.

“I would love to communicate directly with our families and be the only point of contact for them. We understand what they are going through and we have the cultural competence to work with our families,” he said.