Locked up in our homes during closure, New Zealanders have become increasingly obsessed with houseplants, and those who sell them say the demand is higher than ever. 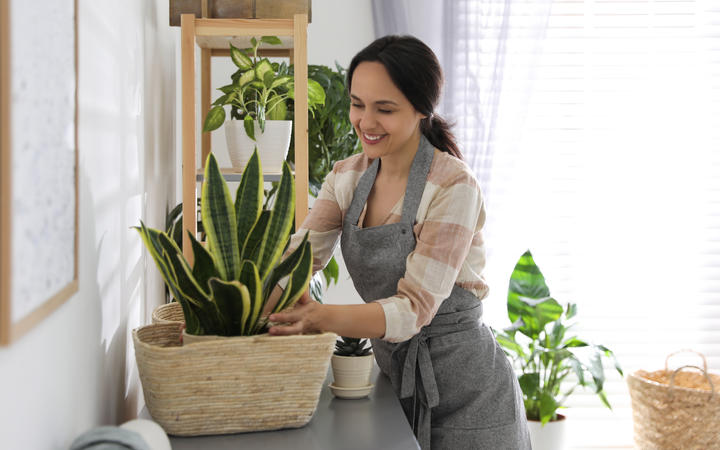 Plant store owners say demand for indoor plants shows no signs of slowing down and is partly driven by the pandemic.
Photo: 123RF

From the small pearl necklace to the large fiddle-leaf fig, indoor plants are in demand.

Plant stores talk about popular varieties that sell out in minutes when listed online, people waiting outside before the store opens to search for hard-to-find plants, and customers willing to spend thousands of dollars on a single plant. strange.

They say social media is generating a buzz in part, with several New Zealand-based Facebook groups dedicated to houseplants, the most popular of which has nearly 100,000 members.

RNZ asked three New Zealand plant stores and one of the country’s largest plant chains what their most popular indoor plants are and how best to care for them. 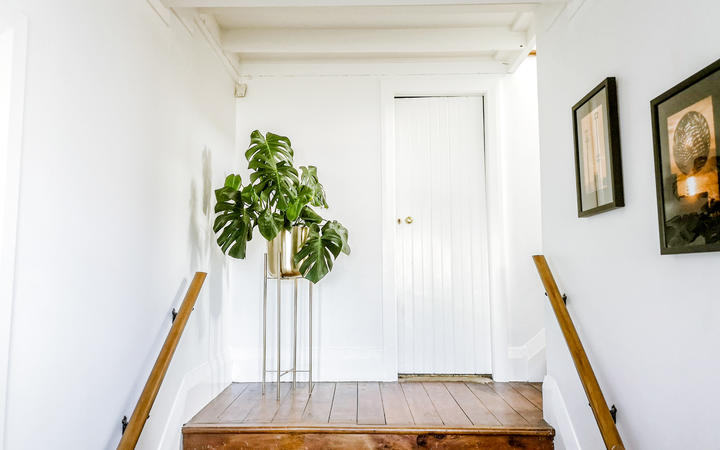 Monstera Deliciosa is one of the favorite plants of New Zealanders
Photo: SUPPLIED / Pot Plant Study

Monstera, known for its large leaves with holes, is also known as a Swiss cheese plant or fruit salad plant and is easy to care for when raised in the right conditions, says Nicky Peauafi, who runs the online store Potplant Studio. with her husband. Josh.

“A classic look for the urban jungle collection, they can live anywhere in the house but grow faster and become more dramatic in a bright location. Remember to avoid direct sunlight as you don’t want to burn your beautiful Monstera foliage “. Peauafi says.

Peauafi recommends watering the plants thoroughly when the soil is about 5 cm dry, but do not let them sit in the water.

Palmers Miramar owner Katherine Beauchamp has been in the business for decades and says houseplants have never been more in demand than they are now. 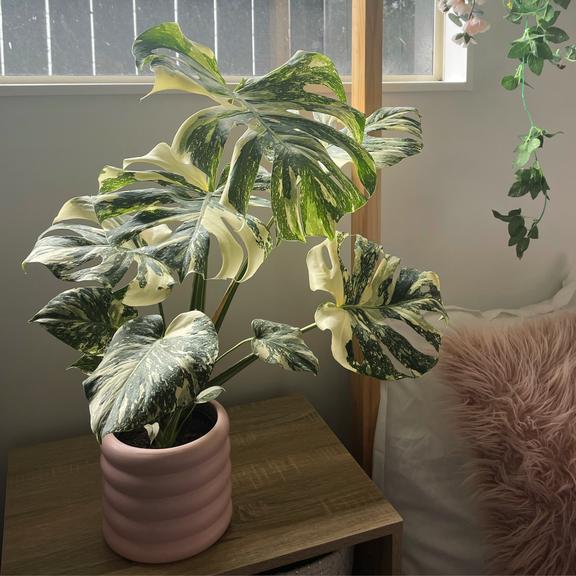 It is not uncommon for variegated monstera to be sold by the thousands
Photo: SUPPLIED / The Plant Project

She says that a few years ago variegated houseplants “wouldn’t look much,” and now some are selling in the thousands.

The variegated monstera is the queen of popular houseplants, with its rare white markings and classic segmented monstera shape.

Beauchamp says spring is the best time to start fertilizing plants, and the key is not to overwater them.

Nicky Peauafi from Plant Studio says you have to be careful not to over water String of Pearls as it will cause root rot and can turn the pearls into “mushy peas.” She suggests watering them from the bottom and letting the soil dry out almost completely between waterings in the growing season.

“Water less in winter, we recommend once every one to two months during dormancy. A cactus potting mix is ​​recommended and this plant likes bright indirect light or morning sun.” 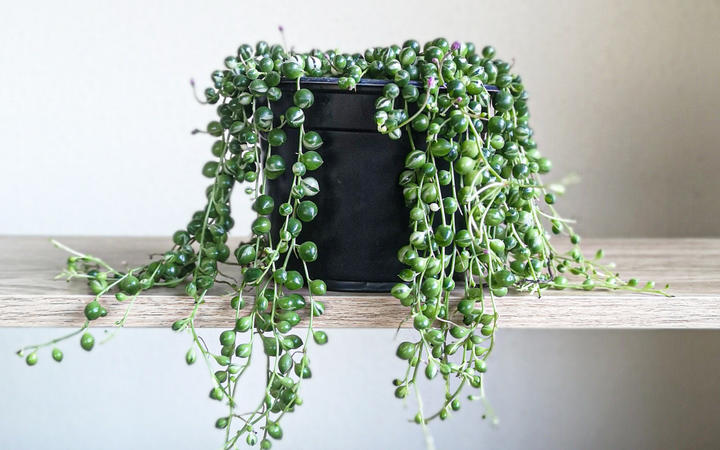 The Zanzibar gem makes a great houseplant for beginners or “forgetful homeowners,” as it’s low-key when it comes to maintenance, says The Plant Project co-owner Jenna White.

White says the plant is a great air purifier and will tolerate low-light spaces.

The slow-to-moderate-growing plant is best suited for average indoor temperatures, and homeowners should allow the soil to dry out between waterings, Gray says.

These semi-succulent plants are loved for their thick, deep green leaves and the fact that they require little maintenance and grow relatively quickly.

They thrive best in well-lit areas, to dry out between waterings, and as warmer temperatures.

White says the plant is one of their best sellers and that they are currently out of stock. She says demand for houseplants is at an all-time high, in part due to the closure, but she also thinks they’re popular with renters, who can’t build permanent outdoor gardens, and “houseplants are the best alternative “. 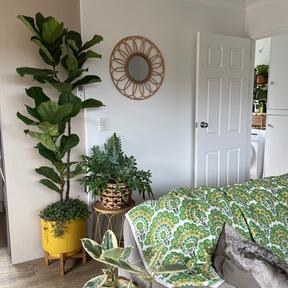 The fiddle leaf fig can grow up to 12 m tall
Photo: SUPPLIED / The Plant Project

The fiddle-leaf fig is one of the most popular on the market right now, with many stores out of stock of the plant, which can grow up to 12m tall.

Kings Plant Barn spokesperson Lee Gutzewitz says they are one of the chain’s best sellers.

“Stay out of the strong rays of the sun, but in a well-lit room, water when the soil is dry to the touch and keep the room relatively warm, especially in winter. Liquid compost once a month in spring and summer.”

Another great plant for beginners, the snake plant requires little watering; in fact, Palmers Miramar owner Katherine Beauchamp says they can go months without watering during the winter.

Lee Gutzewitz says they are one of the best plants for beginners, as they don’t need a lot of care.

“Keep them indoors; they can withstand low-light or partially sunny areas. Just keep them out of the summer afternoon sun. Water only when dry and fertilize sparingly with liquid houseplant fertilizer.”

“The Spathiphyllum or Peace Lilly is probably our biggest seller, as it is a proven and reliable product, but it is also well known for its air-purifying properties,” says Beauchamp.

“He is also very forgiving if he is careless.”

Gutzewitz says that is why the plant is another perfect for beginners.

“They prefer well-lit rooms out of full sun. Water deeply only after the soil has dried, and liquid fertilize once a month between early spring and early fall.” 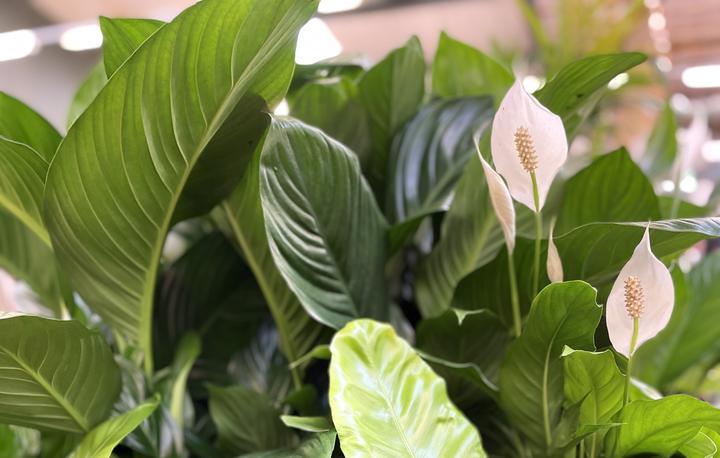 This heart-shaped trellis philodendron can usually be found snaking around a coconut pole or in a hanging basket.

The plant sells for around $ 40 and is a relatively easy plant to care for, but be careful, they can grow up to 4m.

Jenna White from the Plant Project says they are best in medium light conditions and recommends keeping the soil moist at all times.

Lastly, String of Turtles is on most plant lovers’ wish lists, but whether they can get hold of one is another matter.

Despite its tortoise-shell appearance, the leaves are quite delicate, requiring gentle hands, but the plant in general is fairly easy to grow and doesn’t require a lot of water.

White says they like bright indirect light and to be kept in slightly moist soil during the growing season.