Today it has been a year since a fire tore through the alpine village of Lake Ōhau, forcing people to flee in the middle of the night. 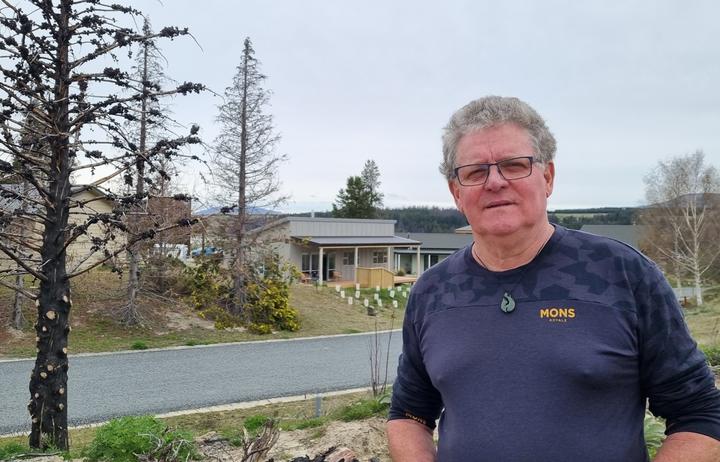 Dave Honeyfield, a long-term owner of a Lake Ōhau vacation home, plans to rebuild his retirement home after it was destroyed by the fire.
Photo: RNZ / Tess Brunton

About half of the houses in the remote village of MacKenzie Basin were destroyed or damaged.

It took firefighters days to put out the fire that engulfed more than 5,000 hectares of land.

Locals await answers when the result of an investigation is released in the coming weeks.

Walking through an empty section overlooking Lake Ōhau, Dave Honeyfield came across a rusted metal fireplace with a charred pot and other kitchen utensils, all that was left of one of his properties.

Honeyfield lost four in total that night: two houses, an apartment, and a dream. 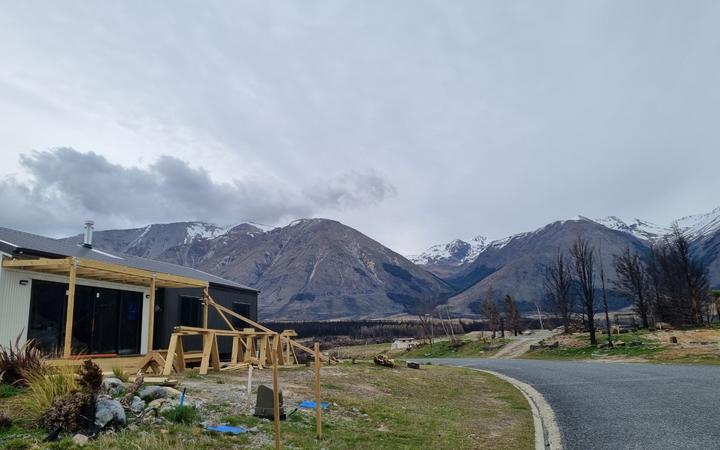 Reconstruction a year after the fire that devastated the alpine village of Lake Ōhau
Photo: RNZ / Tess Brunton

“Coming back here before Christmas, even though I didn’t have everything right to live for, it was basically like a victory over fire if you can say that, because we are so happy until the wind comes back, and then the memories come back.”

Honeyfield, who lived in Dunedin, still planned to rebuild and retire to Lake Ōhau.

But for now, he had brought an old classroom converted into a three-room house to one of his properties.

“We have completed the cover to make it look a bit more respectable. It came from a school in Christchurch, wreckage after the earthquake and it has been totally refurbished and we are happy with it. Very easy to get on the back of a truck and put it here.” .

Overall, I was happy to be back.

“You’re never going to plan something like this and it’s been a nightmare for a lot of people, but we’ve also … been through the other side and that’s the key. Onward and upward.” 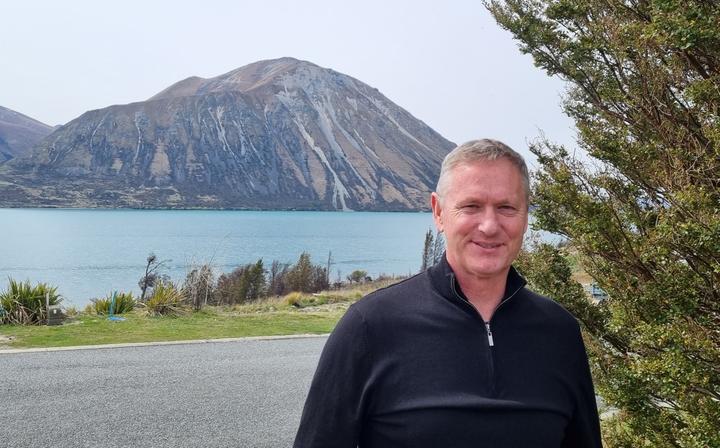 Residents gathered on the shores of Lake Ōhau on Sunday to thank local firefighters for their bravery.

Waitaki District Mayor Gary Kircher said it was important to recognize their work.

“Through their bravery and a good number of locals, it’s the reason we didn’t have any deaths that night and why we have so many houses that were saved. It was because of those firefighters, so there are many grateful for. “

The mayor’s fund, which received $ 100,000 from the government, covers various costs, including building permits, cutting down blackened trees and removing 550 roadside stumps.

“The reminders are still there. There are still some burned trees, still some empty sections where there used to be houses. But still … a lot is happening. A lot of trees have been cut down. Some of those scars have been removed, but … houses have also appeared “.

Discussions were taking place between the local council and Fire and Emergency to determine what more can be done to protect the village.

Individual home alarms that are connected to a central system and a second fire siren were possible options.

A forest used to line part of the road to The Barn at Killin B&B, but none survived the fire. 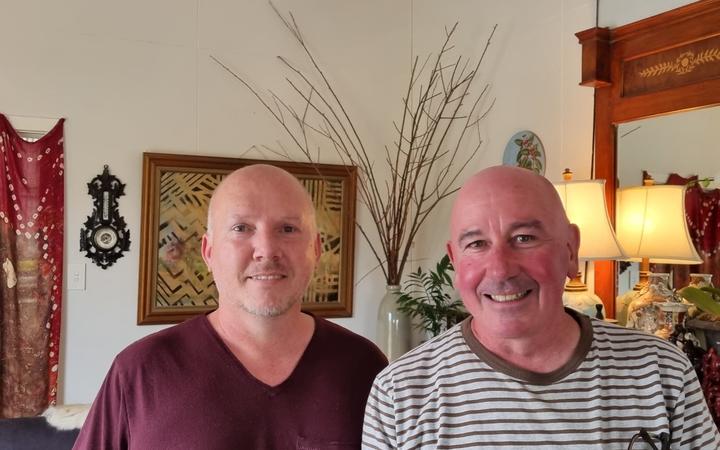 “Our beautiful forest has been burned and now it has been cut down and removed, leaving us with this magnificent and majestic landscape that we knew was there, but could not see it because of the trees.

“So we have turned it into a positive.”

I was grateful for the many random acts of kindness over the past year from a very caring community.

“The grieving process, having lost a property has been very traumatic. There is no rule book and … people cope very differently.

“But we’ve been there for each other and I think that shows a great community spirit.”

Hugh Spiers couldn’t wait to get back into business and hoped they were well settled in their distinctive barn long before the second anniversary.