A commercial mining company has purchased a hobby mine in Coromandel that it says has “significant potential for expansion.” 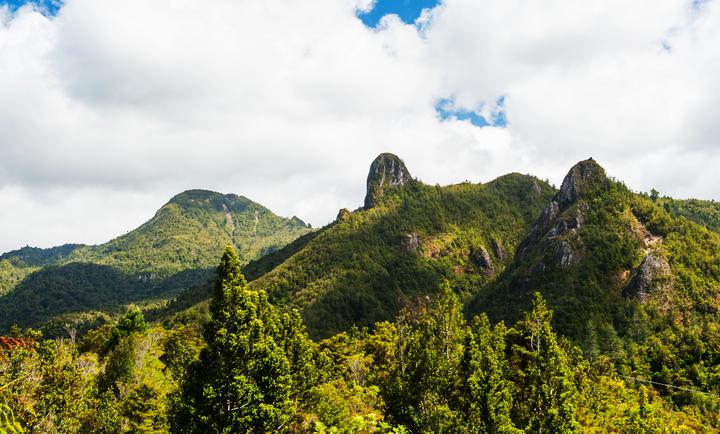 Only hand tools can be used in the boutique mine that has been operating for many years at the small site near Tairua in the Coromandel Forest Park.

The mine is located on Program 4 land of the Department of Conservation, which has the highest possible environmental protection. Mining with “significant” impacts on the ground is not allowed, but mining can be allowed.

In a notice about the NZX above earlier this year, announcing that it had signed a binding option to purchase the historic mine and the permits, New Talisman Gold Mines said there was “significant potential to expand resources in depth through existing underground infrastructure” at the site.

Chief Executive Officer Matthew Hill has confirmed to RNZ that the sale will take place, but declined to comment further, other than saying a plan is to bundle up the site with other company-owned assets and sell shares in it.

The deal is subject to approval by the New Zealand Oil and Minerals regulator.

The company said the mine has had consistent profitable production for 21 years, and Australian media report the deal is worth $ 750,000.

Coromandel Watchdog of Hauraki president Catherine Delahunty said the existing mine was only allowed to operate with a special permit and that New Talisman was buying the mine as a “Trojan horse.”

“It’s pretty outrageous, so this is the DoC Annex 4 land that supposedly has the highest level of protection, entering the heart of the most protected part of the DoC property by buying this license in the hope that they can explore more and mine in Annex 4.

“The Puketui is a beautiful forest and river near Tairua that is very popular for walking, swimming and camping.”

Delahunty said he hoped the Department of Conservation would avoid any expansion of the mine’s operations, “otherwise what is the point of Exhibit 4.”

He said the group would protest any changes and that Prime Minister Jacinda Ardern joined 30,000 other people who marched against the proposed mining on Annex 4 lands in 2010.

Conservation Department permit manager Judi Brennan said she has not received any requests to change what is currently authorized at the site.

The permit allows the holder to use pre-existing roads and access roads to get to the site, remove rocks and old wood, install mine supports such as bracing and wooden beams, use a small railroad track for material removal using a wheelbarrow, erect a small hut near the entrance to the mine and enter the existing holes in the ground to carry out prospecting.

The Ministry of Business, Innovation and Employment said the special-purpose mining permit allowed the demonstration of historical mining methods.

It said no request has been made to NZ Petroleum and Minerals for a transfer of interest or change of control in any of the Broken Hill permits.

New Talisman Gold Mines said the Broken Hills mine was the only privately owned underground gold mine in New Zealand, and has been owned by the Rabone family for more than two decades.

The company said it has maintained high levels of environmental standards over the many years of operation and that it will continue to do so by complying with the permit conditions in the same manner as during the last 21 years of operation.

Mining at the site began in the late 19th century and ceased in 1923. The current mine was rebuilt in 1991.

All the ore mined was processed at a Waihi plant.