The authors of Imagining decolonization – which has been jointly awarded the ‘Booksellers’ Choice Award’ at the 2021 Aotearoa Book Industry Awards – says the writing of the book reflects how homework was something everyone should do together. 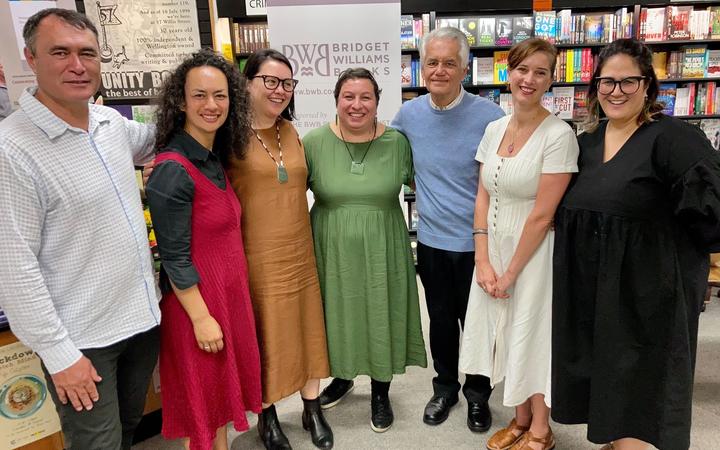 The BWB text was described as seeking to “demystify decolonization,” a concept that involves the dismantling of colonial systems within society and a shift toward a partnership with indigenous peoples and communities.

He shared the Booksellers’ Choice Award with the novel ‘Aue’, written by author Becky Manawatu.

The book’s aspirations were to explore the ways in which places and cities could be transformed to better reflect the unique character and cultures of Aotearoa and to recognize manawhenua.

Dr Ocean Mercier said the authors had not seen any kind of informational document or framework that talked about what decolonization was and how to include it in places and cities.

She said this inspired them to create a resource that was not so academic but more about communities.

“This idea of ​​decolonization kept coming up, but you must do it first before trying to indigenize or re-indigenize something.”

“We felt that we needed to translate this concept of decolonization a bit for teenagers, for people of 85 years, for those who have never had a Maori friend in their life, just a kind of common person on the street.”

Imagining decolonization drew from the stories and experiences of real people within the community, both Maori and non-Maori, to search for sources for the book.

Furthermore, it is aimed at the Rangatahi, the young people who are the incoming generation.

Bianca Elkington of Te Rūnanga or Toa Rangatira has worked closely with Rangatahi groups through her role with the Rūnanaga, especially within education and career paths.

The process of writing the book consisted of including people’s experiences within today’s society and painting a picture of real life.

Elkington said the text helped her understand her own colonial experiences within education and find ways to decolonize this area.

But it also examines how all sectors of our society and government can also do more to realize the impact that colonization has had especially on the Maori.

“The journey of decolonization of the imagination began about 4 years ago and was through Dr. Rebecca Kiddle and her work at the University of Victoria.

“It is such an important kaupapa because we only need to look at the statistics of our people to see that the current systems that we are exposed to and that we have to live with at the moment are not working.”

He said that it was about talking to rangatahi in the rūnanga in the hope that they too might recognize the impact that colonial settings had on them.

For Elkington it was about changing current systems and creating environments where children could be who they are.

“My particular involvement was supporting our Rangatahi to broaden their vision in terms of how and where they live and how that reflects them as Maori.”

“Some cities that we enter, we would not know that we were in Aotearoa and that is where we can start, city by city and divide that into community, each part plays an important role to be able to begin that process of decolonization.”

Mercier said Imagining decolonization it is about remaking the appearance of our surrounding places.

For her, working with the other authors was a learning and enjoyment experience.

She said these conversations don’t have to be too confrontational and the book aims to make the concept accessible to everyone.

“So the writing process was amazing, but then seeing people’s writing and seeing their stories and anecdotes was also like ‘man, we’re in this together,’ it was really reaffirming.”

“We have to have a lot of different ideas and people of different origins on board, Maori, Pākeha, Manawhenua”

Since it was first published in March 2020 Imagining decolonization It has been reprinted four times and has received a large number of readers and critics throughout Aotearoa.