Former Foreign Minister Fumio Kishida won a race for the leadership of the Liberal Democratic Party (LDP), a victory that virtually ensures that he will succeed Yoshihide Suga as prime minister in a few days. 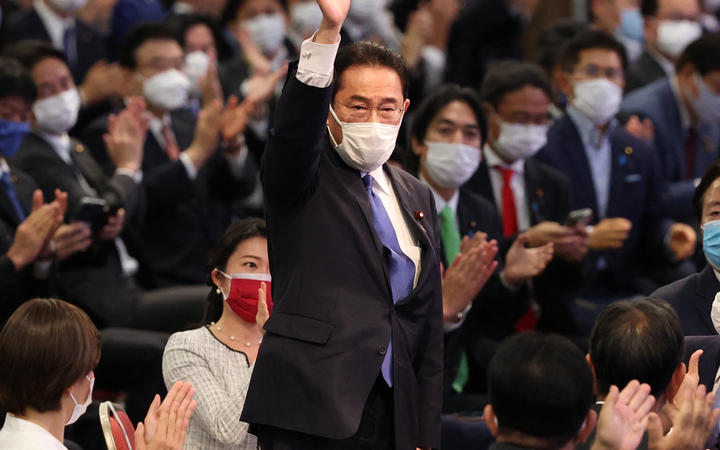 Kishida enjoys moderate public support and has a soft image and his victory could spell trouble for the PLD in the general elections to be held in a few weeks.

Kishida defeated former Defense and Foreign Minister Taro Kono, seen as an outspoken nonconformist, in a runoff in the second round. Two female contenders, Sanae Takaichi, 60, and Seiko Noda, 61, withdrew after the first round.

The party’s poll winner to succeed unpopular Prime Minister Suga, who is not seeking reelection after just one year in office, will almost certainly become prime minister due to his majority in the lower house of parliament.

Kishida is due to call elections before November 28 and faces the task of rebuilding an economy reeling from the Covid-19 pandemic, but his style of consensus will help him consolidate power within the divided ruling party.

Kishida’s victory is unlikely to trigger a big policy shift as Japan seeks to confront an assertive China and revive a pandemic-hit economy, and the soft-spoken MP highlighted the need to focus on narrowing the disparity. from income.

He shares a broad consensus on the need to boost Japan’s defenses and strengthen security ties with the United States and other partners, including the QUAD grouping of Japan, the United States, Australia, and India, while preserving vital economic ties. with China and regular summit meetings are held. .

Specifically, Kishida wants to strengthen Japan’s coast guard and supports the passage of a resolution condemning China’s treatment of members of the Uighur minority.

He wants to appoint an assistant prime minister to monitor his human rights situation.

Kishida said deregulation during the reform era in the early 2000s widened the gap between the haves and the have-nots and that the “Abenomics” of former Prime Minister Shinzo Abe, who sought to fix ailing finances by achieving high growth and boosting tax revenue did not pay off. in profits dripping.

Kishida has said that fiscal consolidation would be an important pillar of his policy and has in the past expressed doubts about the Bank of Japan’s ultra-flexible policy, saying in 2018 that the stimulus cannot last forever.

With the economy suffering from the Covid-19 pandemic, Kishida changed course to say that the BOJ must maintain its massive stimulus. He proposed a spending package of more than 30 trillion yen, adding that Japan is not likely to raise the 10 percent sales tax rate “for about a decade.”

He emphasized the need to distribute more wealth to households, in contrast to Abe’s “Abenomics” policy focus on boosting corporate profits in the hope that the benefits will flow to wage earners.