Some journalists have to wait more than a year to obtain court documents and that prevents them from informing the public about what is happening in the justice system, they say. 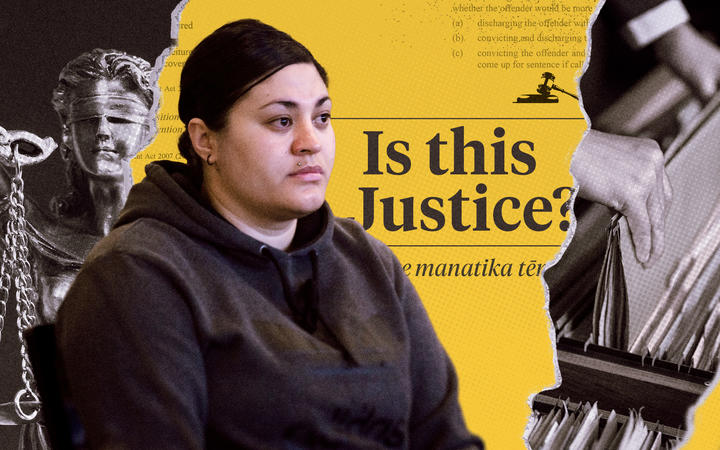 New Zealand is destined to have an open court, where anyone can walk into a courtroom and follow the procedures, but journalists say the system does not work when they cannot access court documents afterward to help them do their job.

Some told RNZ that they had waited months or years to obtain court documents for their stories, and some said they never received responses to requests.

RNZ reported earlier this week that victims were struggling to access court documents that would help them participate in the judicial process and accept the crimes committed against them or their families.

Court documents, such as sentencing notes and transcripts, are essential for news gathering.

But some reporters said barriers to obtaining court documents slowed or paralyzed their work.

A team working on a legal series for RNZ was granted access to a court file in 2018, but most of it has yet to be granted. Despite repeated requests, it was not clear what was being withheld or why.

Another RNZ reporter submitted a request for court documents to a district court in September 2020.

“That case has since been in the Superior Court and the Court of Appeals and I have not yet received a response from the District Court,” they said.

They are also waiting to hear from a separate application they filed for court documents in February.

“It makes it difficult to provide all the information to readers and listeners when the facts are so difficult to access.”

Another RNZ reporter said that the transparency of the system was not working as it should. “The objective of the media is to act as intermediaries for the public.”

“It is extremely difficult to find out who is delaying the process,” said a third RNZ reporter. “For example, a judge may approve your request to get the fact sheet in court, but then you have to trust that the court staff and lawyers will give you a copy, and sometimes that takes years.

“It is better for the court and the journalist to have the facts on paper, for the sake of accuracy. The delays make little sense.”

A Stuff reporter, who wanted to remain anonymous, said it was “really difficult” to access what should be open information.

“Sometimes the court staff is amazing,” they said. “But generally speaking, it’s impossible. You would wait months for answers. Court staff don’t know the rules, they just don’t answer emails. They present things to a judge that they don’t need to go there.”

It was also a problem for lawyers and for those who research crime and justice statistics, said Steven Price, media lawyer and adjunct professor at Victoria University of Wellington.

Access to court records is governed by the Rules of the Court, established by the judiciary in 2017, and which judges used to decide what to release.

“My own experience and that which I have from reading some of the cases that I have seen is that the actual judicial practice of providing documents is a bit more irregular than the Rules might suggest.

Richard Sutherland, head of the RNZ Committee on Freedom of News and Media, blamed the problems on a “very busy and overworked” judicial system that needed more money and time and, in some cases, a better understanding of what to do. the media and the public had a right.

“Anything that delays the production and publication of stories is a bad thing, so the faster we can get our hands on the information we are entitled to, the faster we can turn the story around and expose the issues. that the public needs to know, “he said.

However, he did not believe that the delays were due to “malice and ill will” of the court staff.

“In my experience over the years, it is more a question of resources and education. It is likely that a large number of judicial personnel do not know what they can or cannot give to the media.

“Every time we argue with judges and court staff, they point out that, particularly in the District Court, there is a very high turnover of staff. Their case load is increasing.”

He said that the decentralization of the courts was another problem.

“You may have a clerk or court clerk working in a city who knows what can and cannot be given to the media, because he or she has been doing that job for some time and has a lot of experience.”

Other courts may not have that level of experience, he said.

Chief Justice Helen Winkelmann said she acknowledged that there should be no delays, but she did not believe that judges should be bound by deadlines to respond to requests for court documents.

Canterbury University law professor and media law expert Ursula Cheer said that when it comes to delivering documents to the media, judges can be divided into two camps.

“Some trust the media and others trust the media less,” he said. “So my impression is that sometimes that can influence how closely the judges look at these cases where they have to weigh where, say, the media should have access to something.”

He said the rules establish “reasonably clearly” the privacy and transparency issues that judges must balance, which carry different weights at different stages of a hearing.

He said he didn’t think there was a better or easier way to handle those requests than the existing rules.

“To try to take all the possibilities into account, you would end up with huge lists that would just be unusable,” he said.

“But this is a process that has to be executed, and that balance takes a little time. I think there is room to do empirical work on whether [there are] genuine inconsistencies. “

He also said that areas of the law such as privacy have developed in recent years, and society has become more concerned with the privacy of individuals and the need to protect them, as well as the victims.

The rise of social media may also have affected opinions about information disclosure.

“I think the courts are generally much more aware of social media and the effects it can have on people,” he said. “If you look at some of the decisions, you can see that some judges are quite concerned that if the information is disclosed, it may not be treated fairly. It may not be reported fairly or may be misused in some way. way”.

Law professor and former Prime Minister Sir Geoffrey Palmer was chairman of the Law Commission when he published his 2006 report, Access to Court Records.

He recalled that previous court rules on accessibility to court documents had resulted in “considerable dissatisfaction with the complexity of the documents and the lack of guidance on when it is likely to be successful or not.”

“And I think probably some of that still exists, but it’s a better situation than it was,” he said.

“The general principle established by the Legal Commission, which is a solid principle, is that justice must be carried out openly and the information about it that is happening in the courts must be available, unless there are good reasons not to allow that. access, “he said.

“Well, it turns out there are many exceptions, depending on a variety of circumstances, in both criminal and civil cases.

“But this has been a matter of considerable difficulty. And I think that probably for journalists, it is a really great difficulty, because the courts are somewhat mysterious when it comes to journalists, and the courts differ from court to court. And attitudes judicial differ a bit too. “

However, he would prefer that access be dealt with by “appropriate legislation, passed by Parliament”, rather than a set of rules decided by the judiciary.

“Because it is a very important part of what I would call open government,” he says. “The courts cannot be closed and that they can decide on their own initiative to do so is worrying.

“So the question really is whether these existing systems are appropriate.”

The problem, he said, was whether there was political will to address the issue, when the government had a long list of other priorities. That helped the courts set their own rules, he said.

“There is a growing trend in the justice system to allow judges to make rules – we generally do not view the Superior Court Rules Committee as an instrument of legal reform.

But that is increasingly what is happening and the government is sanctioning it. “

But he thought that a Court Information Act, as recommended by the Law Commission, would be an improvement over the Rules.

“I think if it could be prioritized it would be nice, but I’m not holding my breath,” he said. “It would put the whole thing on a firmer legislative footing, rather than relying on the Rules of the Court; it would set out some clear principles that must be followed.”