The Minister of Local Government may allow more influence of councils in contentious water reforms, but still refuses to rule out changing the law to force councils to register. 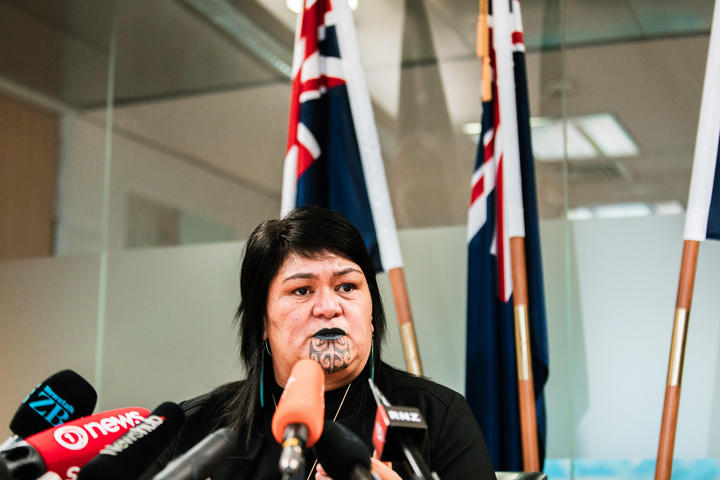 Under Three Waters, the drinking water, wastewater and stormwater assets of the 67 local and regional councils would be absorbed by four large regional entities.

In return, the government would pay billions of dollars for much-needed infrastructure and repairs.

But mayors across the country are far from convinced, and they have great reservations about losing local control over such vital assets.

Under Three Waters, ownership of the assets would be transferred to the new entities, then the councils would collectively own their regional authority.

When asked about the overwhelming opposition from the councils, Mahuta said it was a “challenge for the councils to try and, I suppose, get their own thoughts out and ask taxpayers to do so with much less information.”

The property fears were a misconception, he said.

“The municipalities will continue to own assets under the proposed reform, although together with other municipalities, and although they have talked a lot about the loss of assets, in fact much of the infrastructure is a liability because there has been a lack of financing of the water infrastructure for some time. “

However, Chris Luxon of National says the boards are rightly concerned about “having no direct influence and no ownership or formal involvement in the new entity.”

There would be four groups of regional representatives, one for each entity, with a 50-50 division between the local councils and mana whenua.

Mahuta said he had pointed out to the councils “before the eight-week consultation and throughout … that governance arrangements are an area where we can continue to work within the context of reform.”

“The real criticism that the city councils have made is that they lose direct control of the water infrastructure within their own area, and that is true.

“However, they claim that they are active, but these water infrastructure networks have not received sufficient funds for a long period of time,” he said.

Luxon doubted that any change would be substantial, for example it could give each council a seat in the representative group. He suspected that after making an “adjustment”, the minister “would seek to block it and make it mandatory and order it in all councils.”

In Parliament, National asked Mahuta to rule out making council membership mandatory, which she refused to do:

“I will resolve the fact that the advocacy for change is compelling and well understood.

“We have moved well … beyond the starting point of not understanding the complexity and scale of the challenge, to actually now that the industry understands that there is a significant challenge with huge costs looming on the boards that we need to find in a different way.

“The status quo will not work,” he told parliament.

Te Pāti Māori co-leader Rawiri Waititi said this could go very wrong if tangata whenua is not included in the discussion.

“If you are not going to recognize Maori property rights over water, and acknowledge the many treaty claims for fresh water, and buying and shipping water off Aotearoa and overseas, it is going to end terribly and this could be the coast and seabed issue for this government. “

“We are talking about puna that the whānau have been using not only to sustain them, but also as rongoā, as healing and all that sort of thing,” Waititi said.

“How does Tres Aguas affect them, and does that mean the implication in terms of monetary gain for the government and does it mean penalizing our people more when we shouldn’t be penalized for a taonga that belongs to us?”

Cabinet Minister Peeni Henare said the consultation may not have been easy, but it had been “robust.”

“I think the message has been quite clear, there have been some issues that mean we have to sit down and work more.”

The concerns ranged from iwi to iwi, he said.

“Those who have capacity look towards a different structure that suits their needs, while others who have not yet settled or do not have capacity or infrastructure look towards what the investment looks like to bring them to the starting line to be able to be active partners in that.

“We still have a long way to go and there should be more work to do, but I understand that these issues are being resolved by the minister and other parties involved.”

Yet despite entrenched opposition, the government machine continues to rumble.

The legislation that establishes standards and controls for the supply of drinking water has passed its third reading.

The consultation period ends tomorrow. Mahuta will now take over the feedback before returning to Cabinet with advice on how to proceed.