More Aucklanders are killed or maimed on the roads because police are doing only half of what they said they would do to tackle speeding and alcohol. 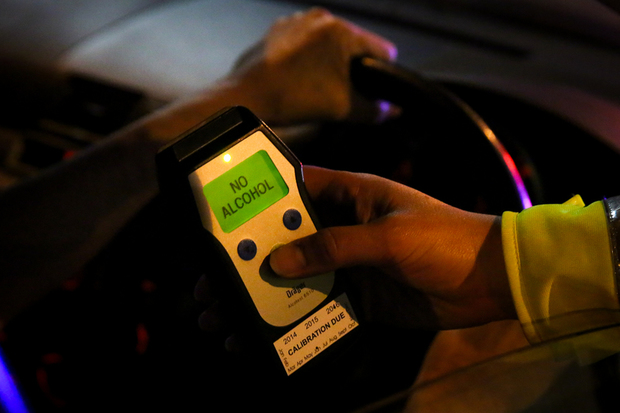 A report from Auckland Transport says the lack of breathalyzer testing and monitoring of mobile radars is a “tragic failure” that is costing lives – around 10 a year, according to estimates.

The AT board has made pushing those levels its top road safety priority.

Police say they acknowledge having significantly exceeded agreed targets and promise to do better: “We are committed to improving this.”

What they considered a “very, very alarming” highway toll at Tamaki Makaurau from 2013, had changed for the better after 2017, but then it turned back in a U-turn, and this year is on a “strong rebound” – 47 dead, up from 21 last year.

What was going wrong?

AT CEO Shane Ellison brought back an Australian consultant who had given them 45 recommendations for improvement in 2018.

the resulting report scored high AT for completing three-quarters of work, but scored low for government agencies, with half of its work stagnant or slow.

“Central government efforts have not been adequate to achieve the reductions in deaths and serious injuries that most other developed countries have achieved,” the report said.

“This situation has made the task of improving road safety outcomes much more difficult for Auckland.”

‘He dropped the ball’

Police received funding to conduct about 800,000 breath tests last year, but only did half.

“This is a tragic multi-year failure to deliver the agreed upon deterrence through agreed breath tests to reduce annual mortality levels,” the report said.

“Currently, the price paid for the extensive redistribution of the highway patrol and the commitment to planned enforcement are additional deaths related to drinking and speeding … each year, from the order of about 9 to 11 lives “.

Police used mobile speed cameras for just 16,800 hours, against a target of 30,000 hours (international best practice, for the city’s population, would suggest 60,000 hours).

AT CEO Shane Ellison learned of these figures earlier this year and began to ask why.

He wrote to the police and the Waka Kotahi Transportation Agency in March.

“Clearly … at that time, there was a minor appreciation [by police] on the role of general deterrence, the role of mobile deterrence, in … addressing road trauma, “Ellison told RNZ.

“New Zealand is out of step with international best practice.

“New Zealand dropped the ball” with its policy and regulatory frameworks around speeding and drunk driving, “he said.

What has changed since then?

Ellison said he got an “immediate” and “positive” response from police and the NZTA.

The police had started what is called Operation Deterrence, to focus more on road safety (the report directly links the deaths to the diversion of road police to general duties) and has become more open.

“We are now getting much better visibility into police performance than we have in the past.”

However, the report, endorsed by the AT board, also questions the capabilities of other agencies.

“Probably that MoT [Ministry of Transport] it has no resources to address the measures available to save many lives in New Zealand on an annual basis, “he said.

The minister should be aware of the need to use mobile hidden cameras “extensively” in urban areas, he added.

This, along with high fines and demerit points for going 7 percent over the speed limit, “would dramatically and substantially reduce deaths in Auckland.”

‘A lot of work has been done’

Increasing enforcement levels for both speed cameras and police patrols is intended to be an integral part of the government’s Road to Zero strategy launched two years ago. Covid has delayed its launch.

The pandemic also led to fewer breath tests than expected in Auckland last year: 1.4 million were performed between 2017 and 2020.

But police said they “acknowledge that Covid-19 has only had a small impact on our overall performance.”

“The police recognize that our performance around breathalyzer tests and speed enforcement could have been better in previous years and we are committed to improving this with our road safety partners in the future,” said the head of road safety. , Superintendent Naila Hassan.

“A lot of work has been done in this space,” he said.

Hassan first agreed to an interview, but then withdrew, saying she was too busy, and issued a lengthy statement instead.

He says he has communicated his expectations to the police regarding the achievement of the objectives.

The Transport Ministry says it is reviewing investment in road safety, focusing on infrastructure and road surveillance.

Police will soon have even more on their plate: Drug driving tests are due to begin next year, targeted at 30,000 nationally a year.

The report urges AT to back the police in getting additional personnel to do this.