People are unlikely to be legally required to provide a vaccine passport to business owners in order to use their services. 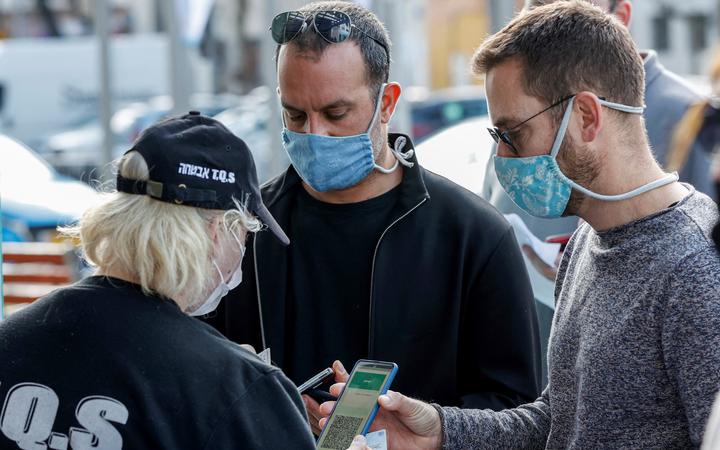 Two Israeli men display their “green passes” or vaccination passports at an event in a Tel Aviv stadium.
Photo: AFP

Health, customs and transportation officials have been working this year to create a health pass system.

It was originally for international travelers, but is likely to be implemented domestically.

Legal advice suggests that any forced use of passports in a domestic setting could be open to challenge under human rights law.

RNZ understands that officials could be on uneven ground if they tried to make Covid-19 vaccination passports mandatory in places like restaurants and bars, or at events like rugby matches or concerts. 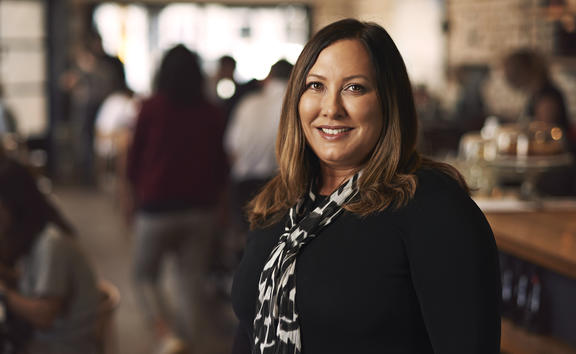 As such, any movement regarding vaccine certificates will place the responsibility on business owners, who will be left with a moral decision about whether to serve people without verification of vaccination.

The executive director of the Restaurant Association, Marisa Bidois, said that would be unfair to small businesses.

“Some of the main concerns that companies have in this discussion was the fact that they would have to manage the process for this,” Bidois said.

“I think it’s a lot to ask a small or medium business owner or any other business to potentially control this type of system.”

Bidois said support for mandatory vaccine certificates to access restaurants has waned in the past two months.

Before Auckland’s current lockdown, around 70 percent of surveyed restaurants said they broadly supported a vaccine passport system, but that has been reduced to 50 percent more recently.

“Many were quite reluctant to implement something like this unless it was mandatory, you know, unless they weren’t required to.

“Some, however, have joined in and we’ve seen some business owners support this and it’s something that, some are looking for ways to implement it in their businesses right now.” 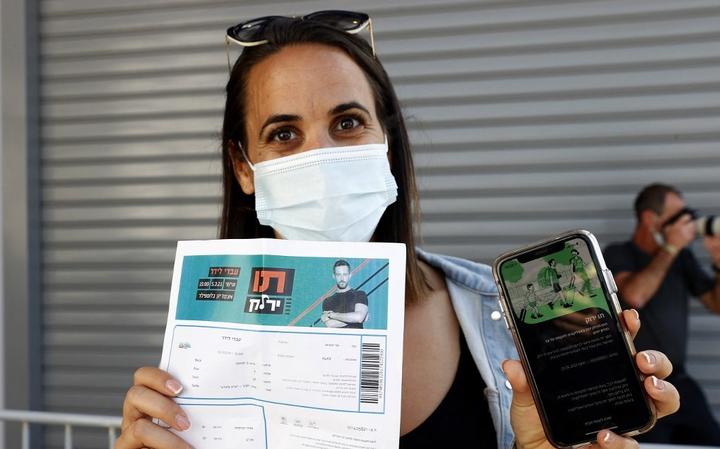 A woman shows her proof of double vaccination before a concert in Tel Aviv.
Photo: AFP

Sherridan Cook, a partner at Auckland law firm Buddle Findlay, said that forcing the use of vaccination passports in a domestic setting seems unlikely.

He said it could be done, but the big question from a legal perspective is the risk posed by sponsors.

“The New Zealand Bill of Rights Act does not have the status of overriding other legislation,” Cook said.

“The government is supposed to act in accordance with the Bill of Rights when legislating for things like this. But it cannot be used to repeal it, as in the US, where the US Constitution could be used to repeal laws.

“Maybe there can still be challenges from the people under the Bill of Rights Act, but again, it’s good again, is this a justified limitation on people’s freedom of movement?”

RNZ sources have spoken to say that a mandatory vaccination certificate framework could end up being similar to that of mandatory scanning rules in effect across the country.

While Prime Minister Jacinda Ardern has made it mandatory for people to scan or log into businesses for contact tracing purposes, there is no such law for individuals.

The law only states that companies must provide individuals with the ability to scan or log in.

Companies don’t have to force people to register.

Cook said a similar rule would make sense given the current threat from the virus, and that would put the responsibility on business owners.

“Right now, in this kind of foreseeable future that, well, we may not be that bad, it will all depend on the companies.

“And some of them will turn it into a marketing step, they will say come to our store or whatever because, you know, everyone who works here is vaccinated and we only let in people who are.”

The national manager of digital services for the Ministry of Health, Michael Dreyer, said that the My COVID Record service will be launched to the public at the end of the year.

He said the vaccine certificates will meet international standards and will most likely take the form of a QR code that can be scanned and verified.

That raises more problems for companies, such as how they would be expected to scan such documents and whether that would have to come out of their own pockets.

Covid-19 Response Minister Chris Hipkins said that a proof of first stage vaccination certificate will be available to people in the coming weeks.